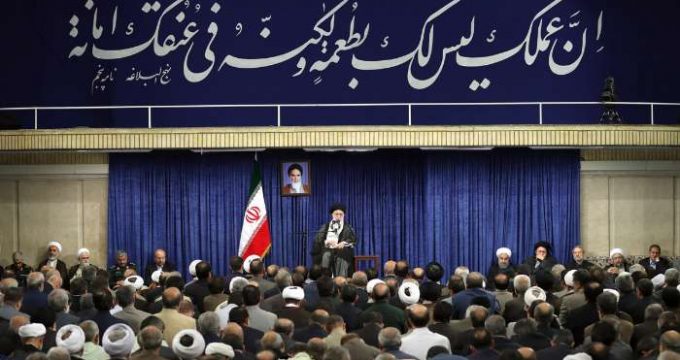 Iran’s supreme leader voices pessimism about new talks with US

In a meeting with heads of the government branches and senior officials on June 12, the supreme leader urged them to “act vigilantly, meticulously and very cautiously wherever it is required to work with foreigners. Remarks should not be made in a way that implies trusting the enemy, as it will have a negative effect on both inside the nation as well as among the foreigners.”

Mentioning the nuclear negotiations, which were held between 2013 and 2015, Ayatollah Khamenei added, “Our government could have distrusted the enemy, but it acquiesced in some cases and for some reason — for instance to give the US an excuse — however, no excuses were yielded and it was detrimental for us.”