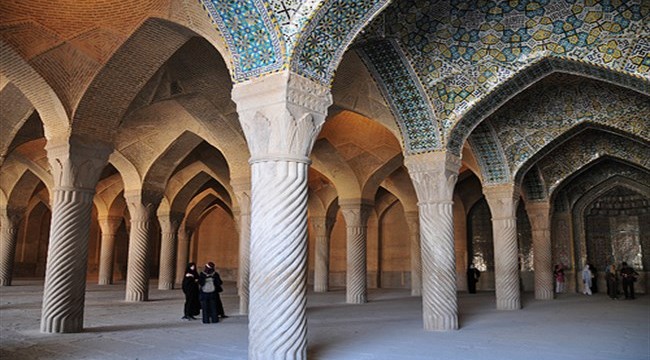 E Turbo News – Nearly 65 percent of hotels in Iran’s ancient city of Shiraz, the capital city of Fars Province, have been booked by foreign tourists for the last quarter of 2017 as the country witnesses an influx of visitors.

The head of the Hotel Owners Association of Fars Province, Hasan Siadatian, said on Tuesday that foreign tourists have since six months ago booked the hotels in Shiraz for the period between next October and January.

According to the director of Fars province Cultural Heritage, Tourism and Handicrafts Department, Mossayeb Amiri, the province attracted more than 165,000 foreign tourists in a two-month period before June, showing a 42-percent growth compared with the same period last year.

There has been a significant rise in the number of European tourists visiting the ancient province, Amiri said.

Apart from the English-language tourism maps for Fars, the province has recently published maps in French and it is preparing maps in German, as more European tourists are rushing to visit the attractions of the historic region.

Fars Province, the heartland of Persian culture for over 2000 years, is home to myriads of historical sites dating back to Medes, Achaemenid, Parthian, Sassanid and Islamic eras. The capital city of Shiraz has long been viewed as a cradle of Persian poetry and the motherland of world-known Persian poets Hafez and Sa’adi.

The city is home to numerous ancient relics, architectural marvels, exquisite bazaars and gardens as well as other natural attractions.

According to the World Tourism Organization, Iran ranks 10th in terms of its potentials for historical attractions and it ranks fifth for its natural attractions.

From among hundreds of thousands of historic sites in Iran, the country has registered over 32,000 sites as national heritage. The UNESCO has also listed 21 Iranian sites as World Heritage Sites.

Based on Iran’s Tourism Vision Plan, the country plans to increase the number of tourism arrivals from 4.8 million in 2014 to 20 million by 2025.

In late May, the World Economic Forum (WEF) announced Iran as the least expensive and one of the safest destinations for foreign tourists from among 136 countries for the third straight year. The WEF report was based on a variety of factors, including travel expenses, infrastructures, public services, transportation and security.

According to the WEF report, the daily expense for a foreign tourist in Iran ranges from $25 to $600.

In terms of security, the WEF report puts Iran ahead of many tourist destinations, including Russia, Turkey, and Thailand.