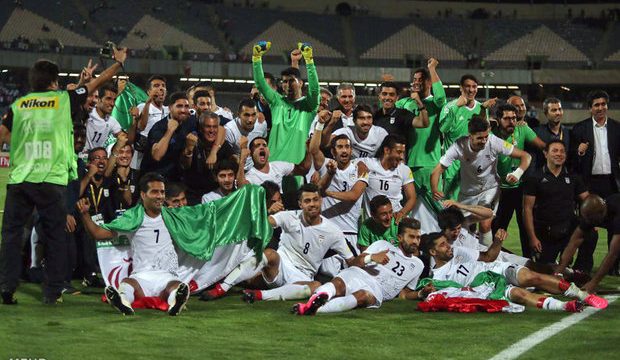 As part of FIFA World Cup Russia 2018 Asian Qualifiers Final Round, the Iranian National Football team pulled out a 2-nill victory against Uzbek rivals at Tehran’s iconic Azadi Stadium. The sweet victory gave Carlos Queiroz’s men an early ticket to the upcoming FIFA World Cup clash to be hosted by Russia in 2018.

Besides host Russia and five-time World Cup winners Brazil, Iran is now the third soccer team to have confirmed its presence at the international association football competition contested by 32 teams.

The Persians not only qualified for the 2018 World Cup but also set a number of records as they remained undefeated throughout Asian Qualifiers and kept 11 consecutive clean sheet of the campaign. Iran will make its fifth appearance at FIFA World Cup which will be also their second consecutive presence at the clash. Iranian footballers previously appeared at the major football event in 1978, 1998, 2006 and 2014.

With only 32 minutes into the qualifier match against Uzbeks, Sardar Azmoon found the net for Iran. Iran’s second goal was secured by Mehdi Taremi in the 88th minute.

Prior to the game, members of the two teams as well as the massive crowd of fans in Azadi Stadium held a moment of silence honoring victims of recent terrorist attacks in Tehran.