A Look at Iranian Newspaper Front Pages on June 10

Iran Front Page- IFP has taken a look at the front pages of Iranian newspapers on Saturday and picked headlines from 16 of them. IFP has simply translated the headlines and does not vouch for their accuracy.

The twin terrorist attacks in Tehran, which claimed the lives of 17 and wounded at least 45 others on Wednesday, remained a top story today.

The Leader of Iran’s Islamic Revolution Ayatollah Seyyed Ali Khamenei’s message on the attacks, as well as the funeral held for the victims in Tehran and other cities on Friday also received great coverage.

Newspapers also covered the results of General Elections in the United Kingdom and the loss of Prime Minister Theresa May, whose party lost the majority of UK Parliament.

1- Larijani: IRGC, Its Quds Force Are Red Lines of Iran 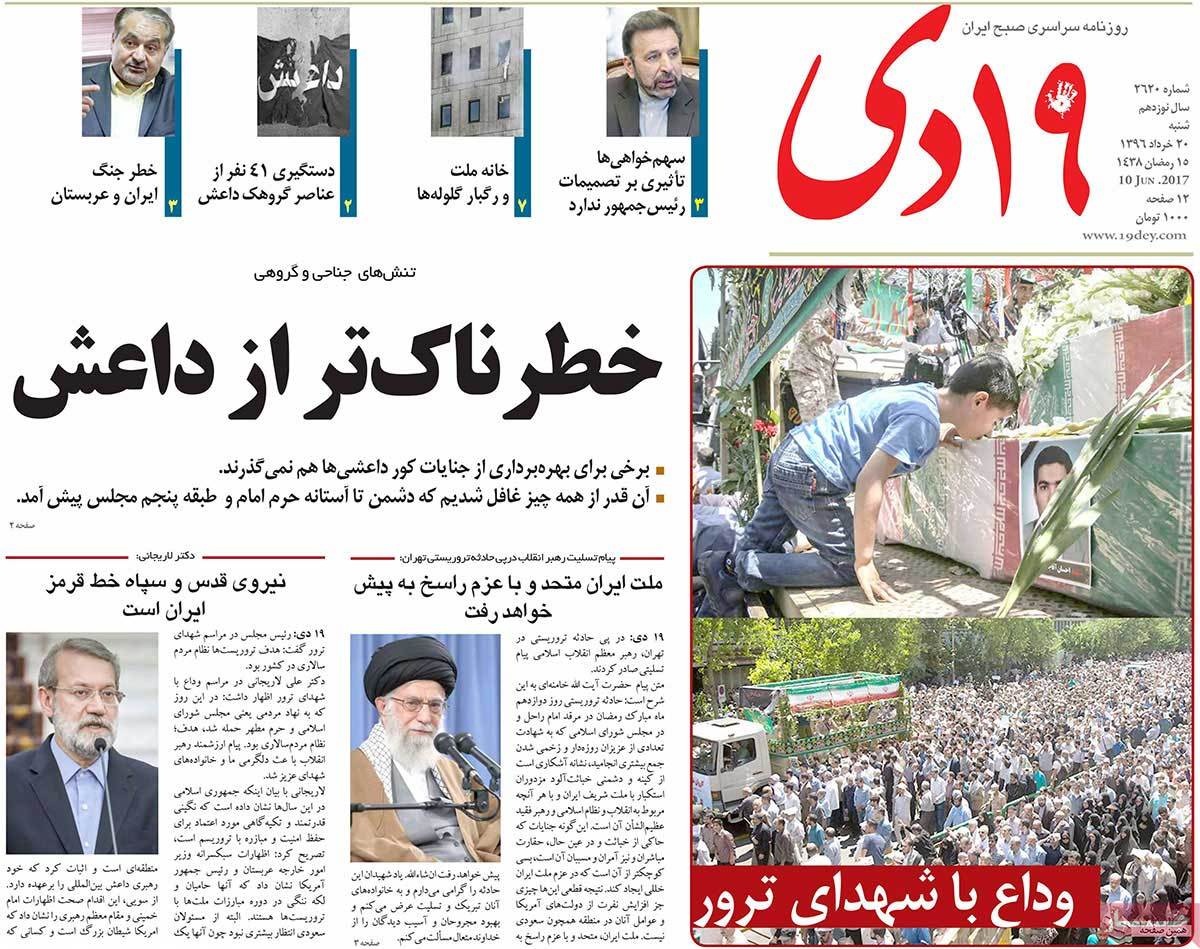 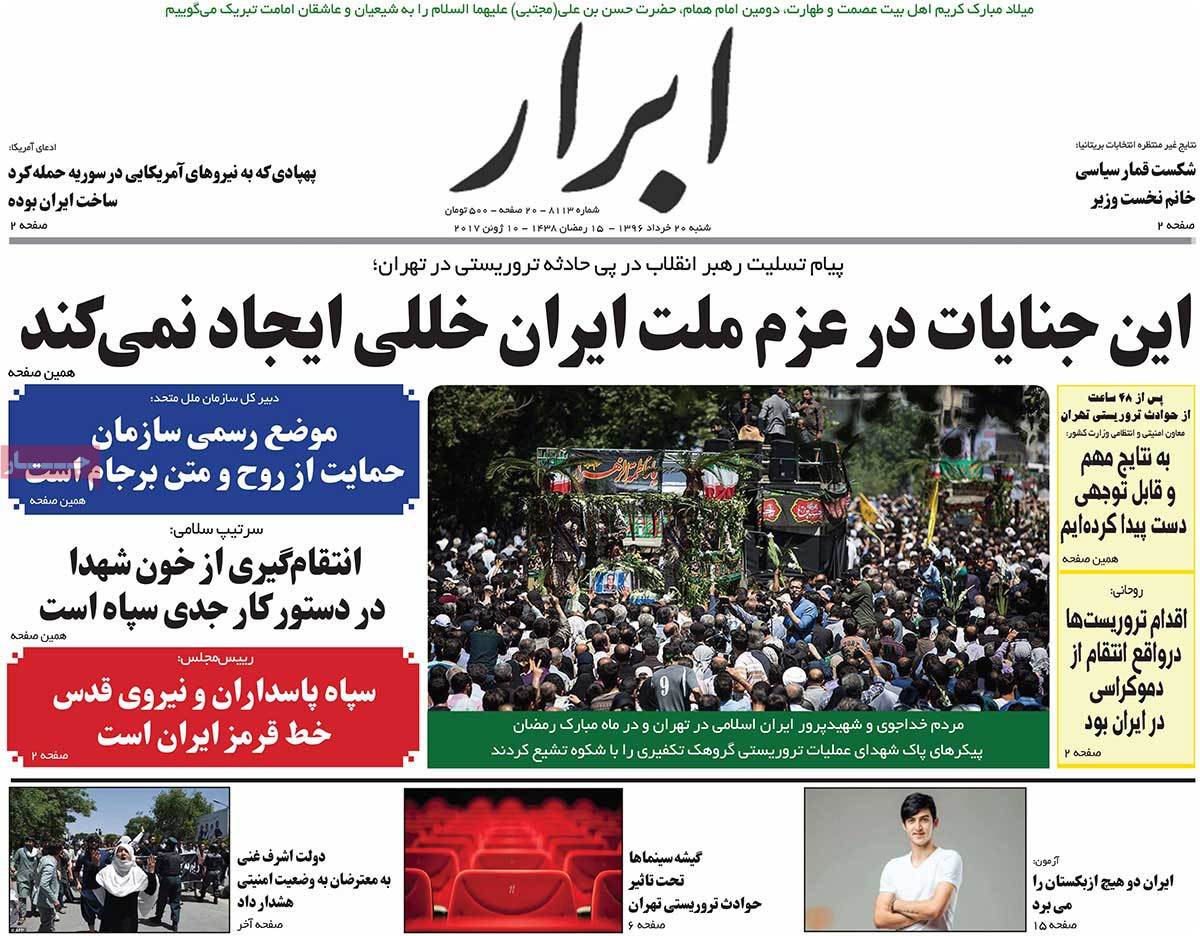 2- Stories of Those Killed in Tehran Terrorist Attacks

3- Details of Operation by Iranian Security Forces in Tehran Attacks

5- How People Behaved during, after Wednesday Terror Incident 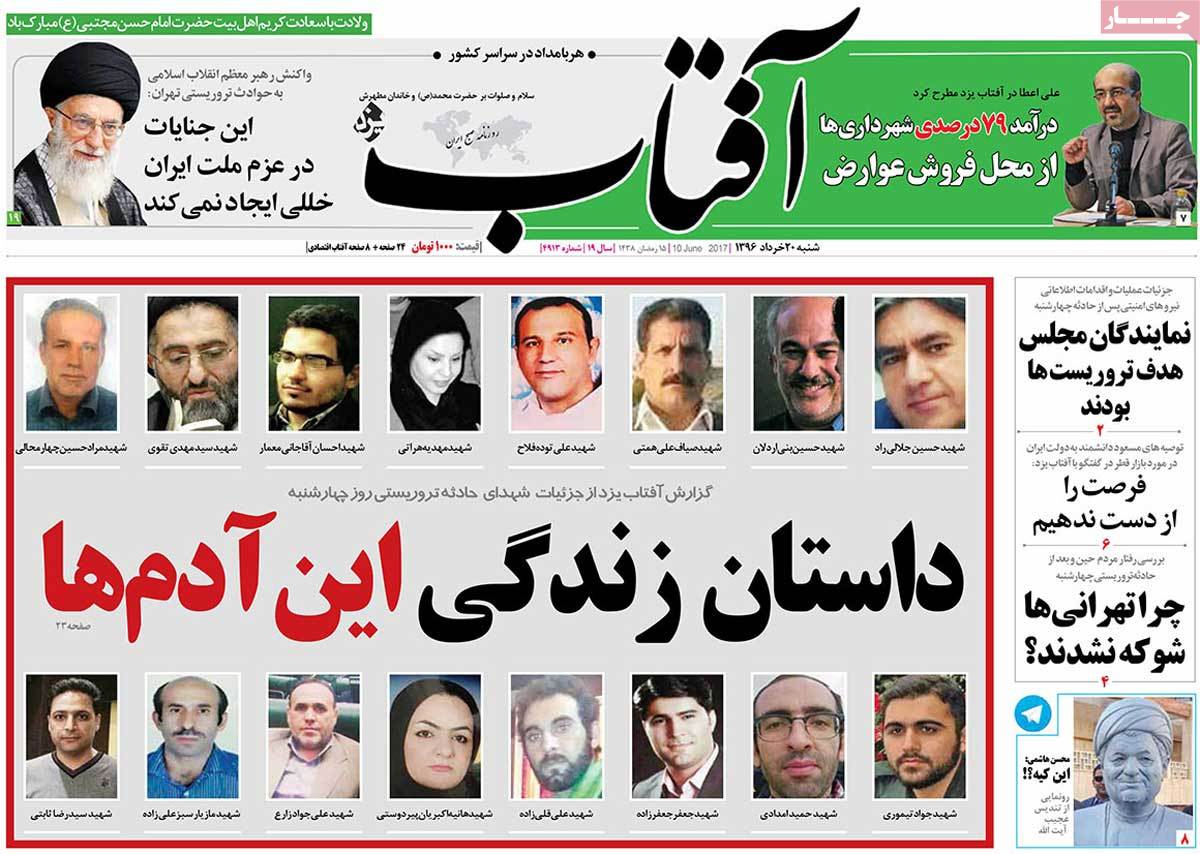 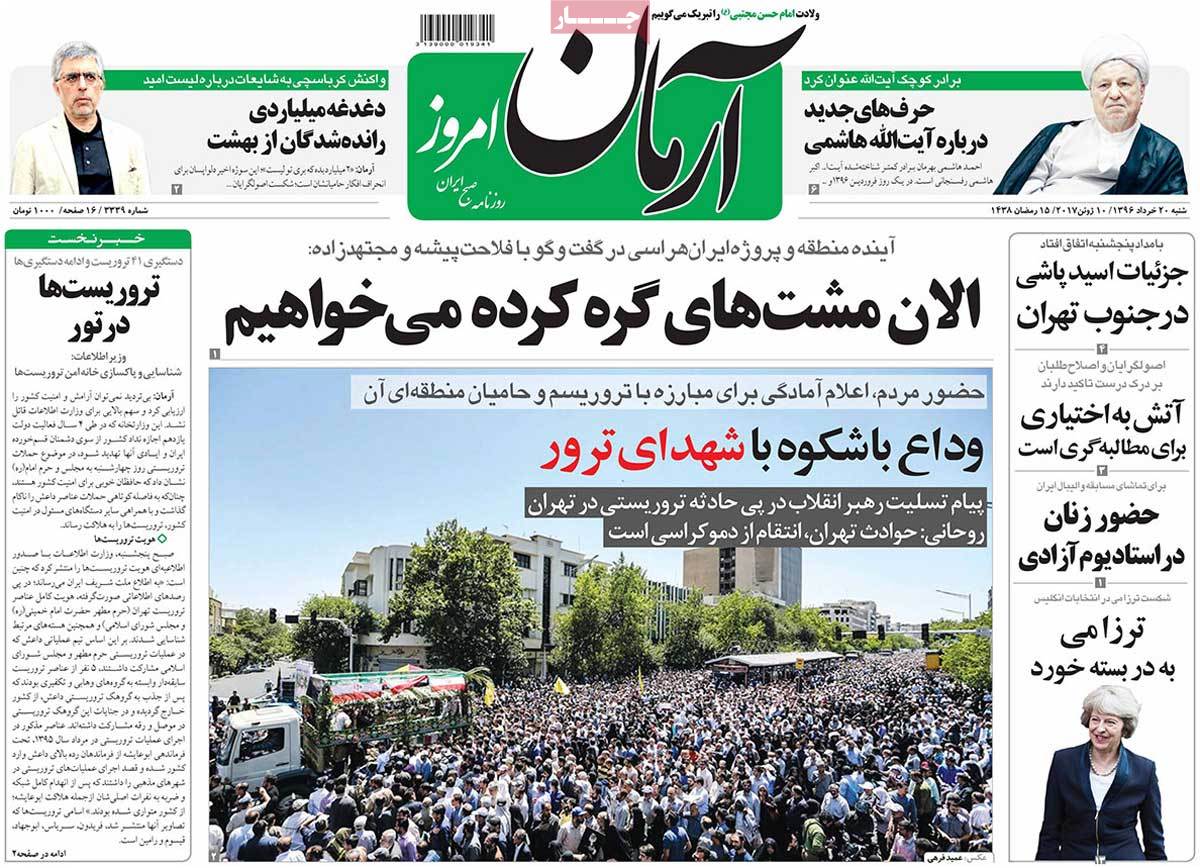 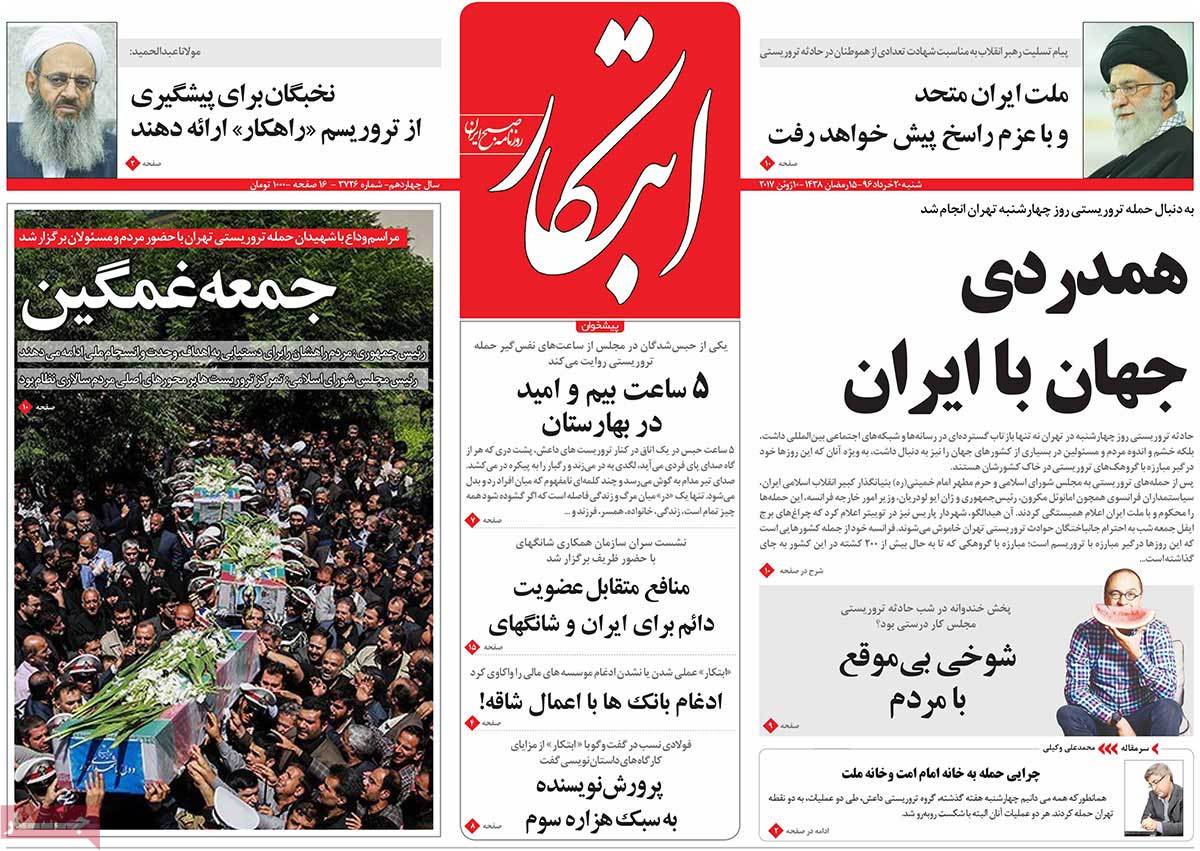 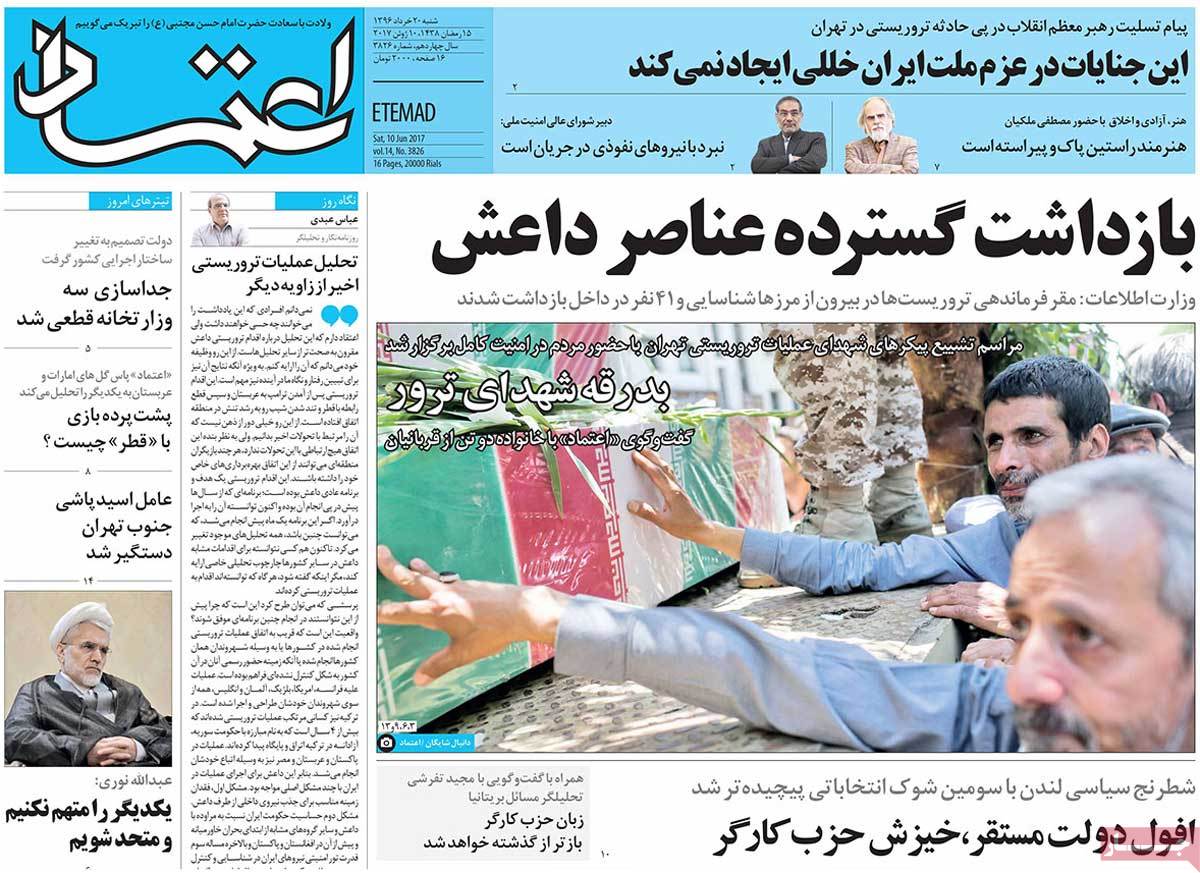 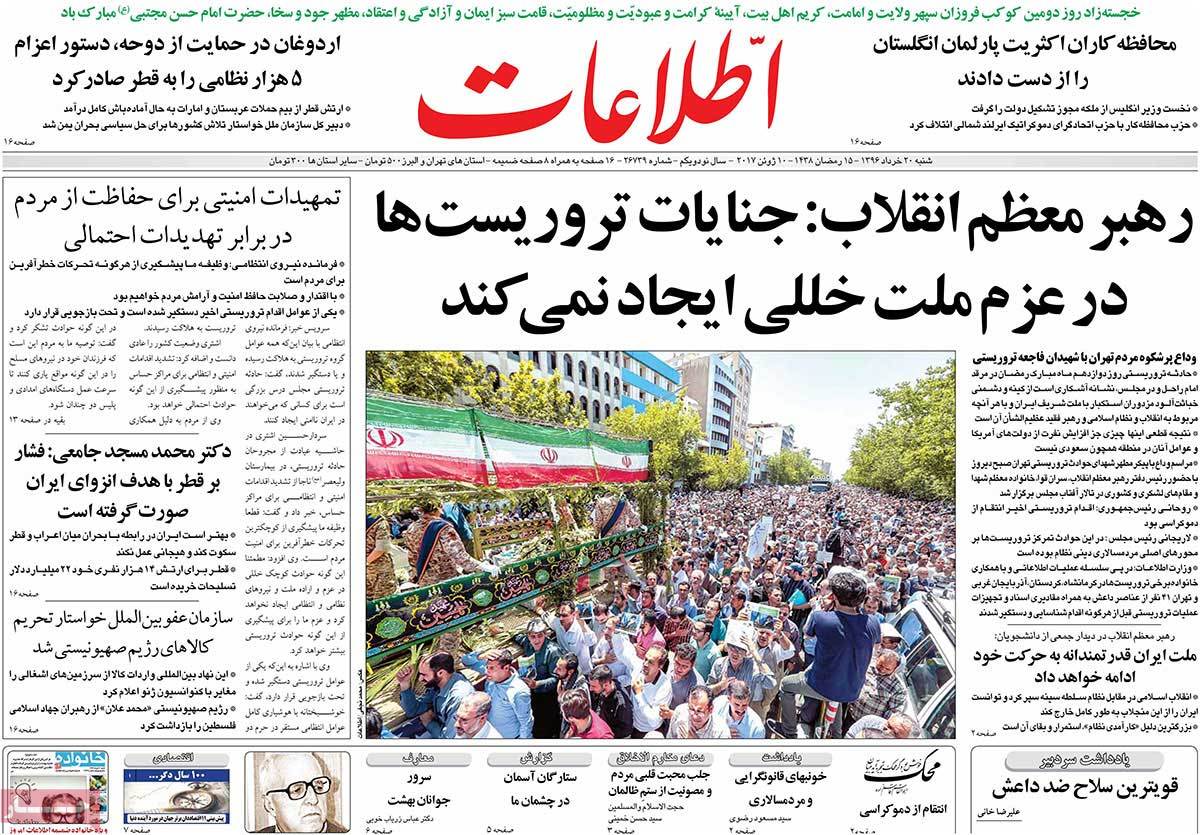 2- Eiffel Tower’s Lights Turned Off, Candles Lit in Streets in Solidarity with Iran 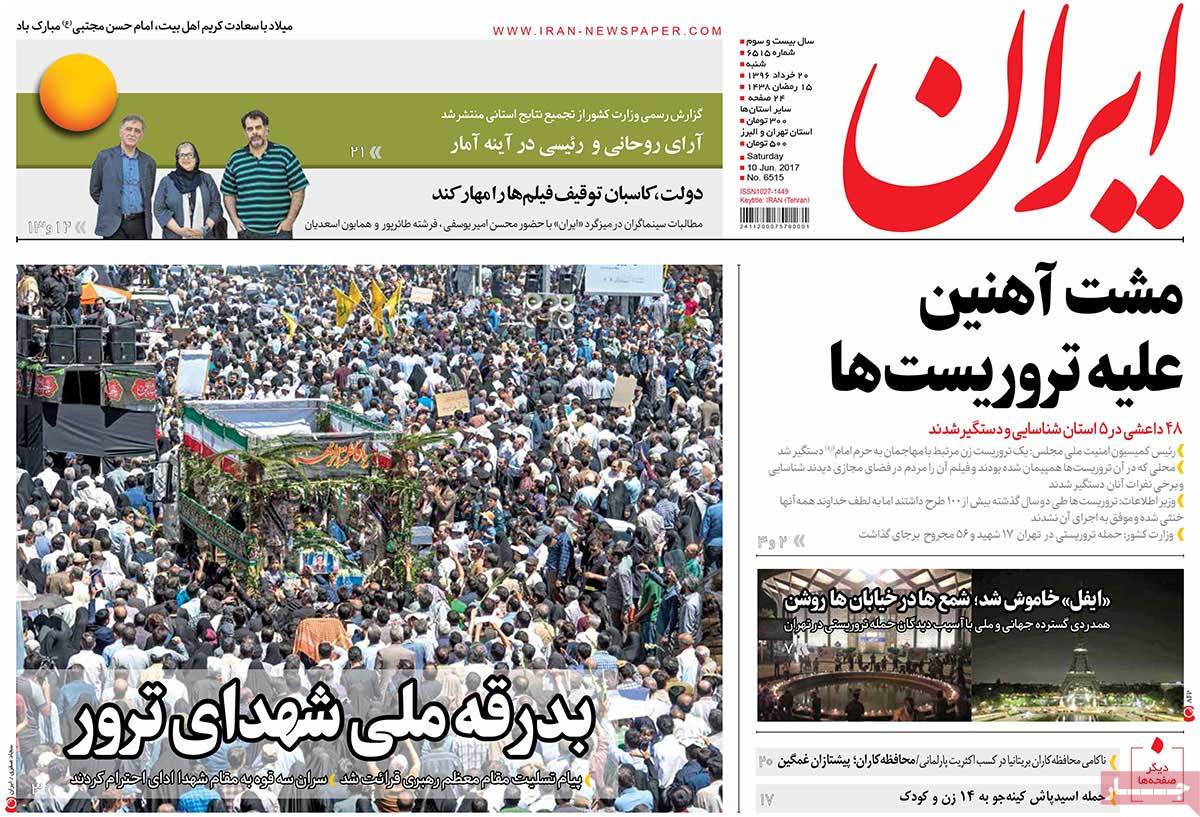 4- Qatar: Sanctions Not to Make Us Give in to Saudi Arabia 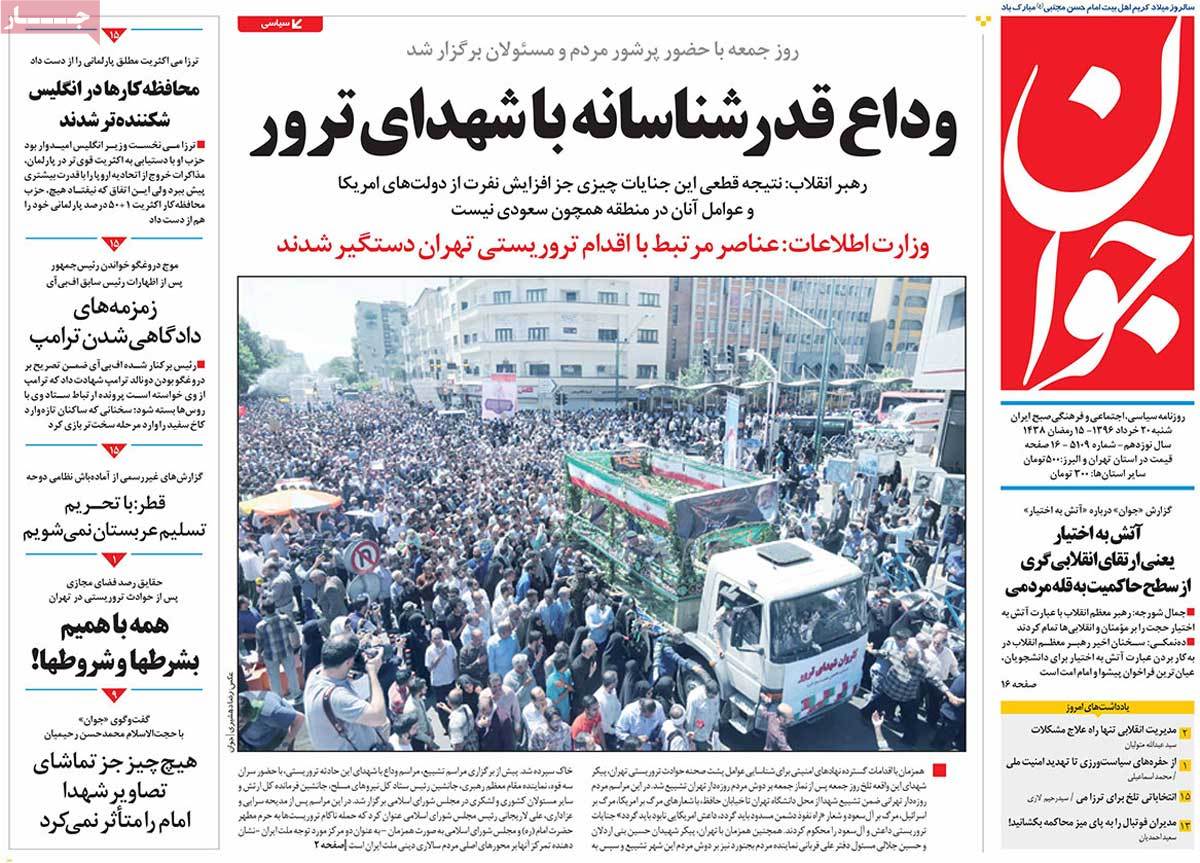 3- Iraqi Government Opposed to Any Kurdish Bid for Independence 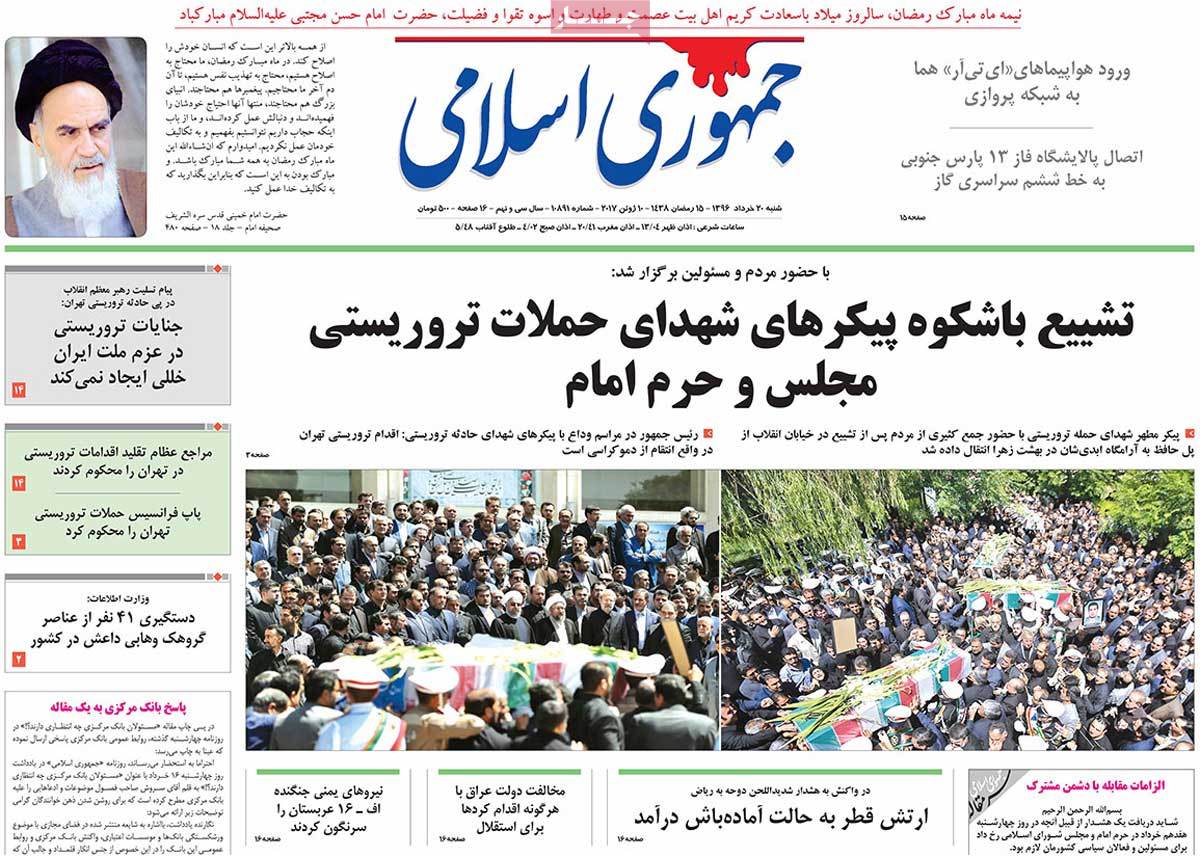 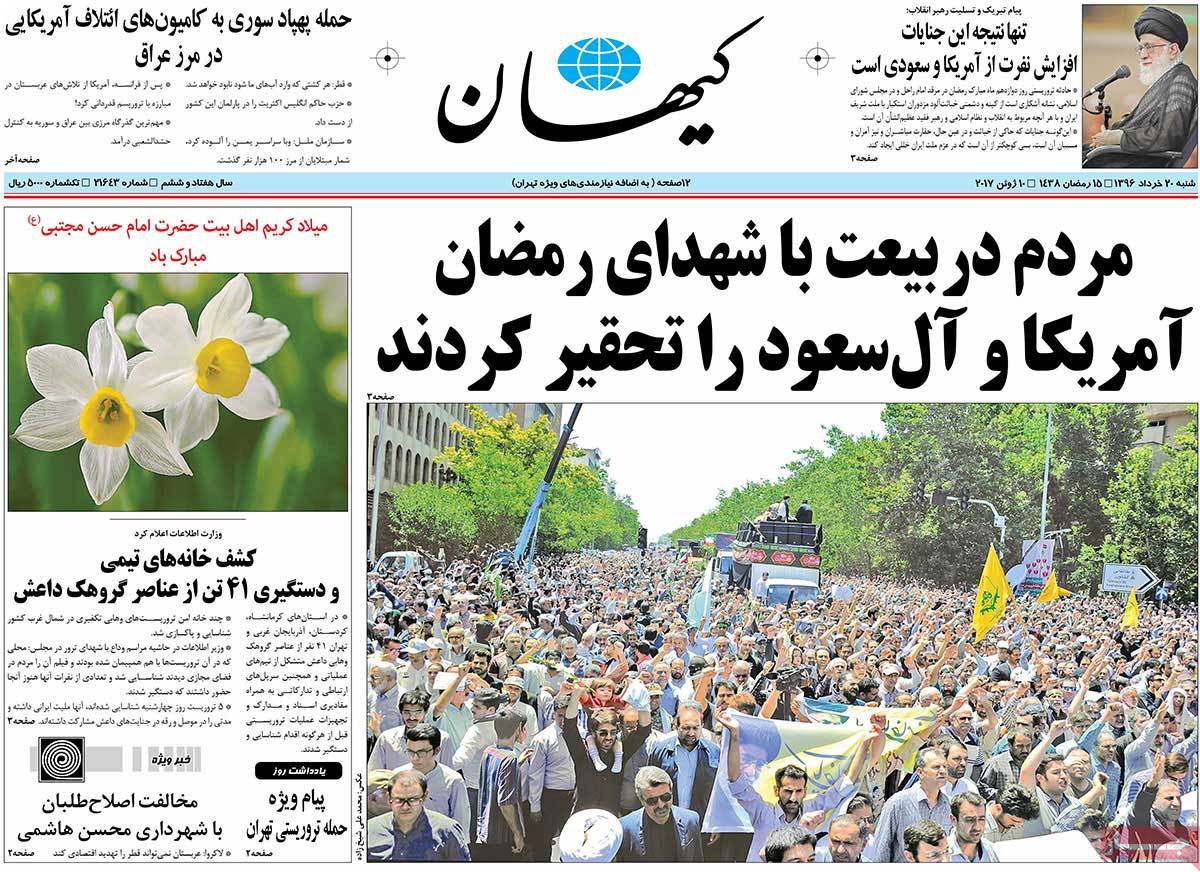 1- Trump May Be Impeached Soon 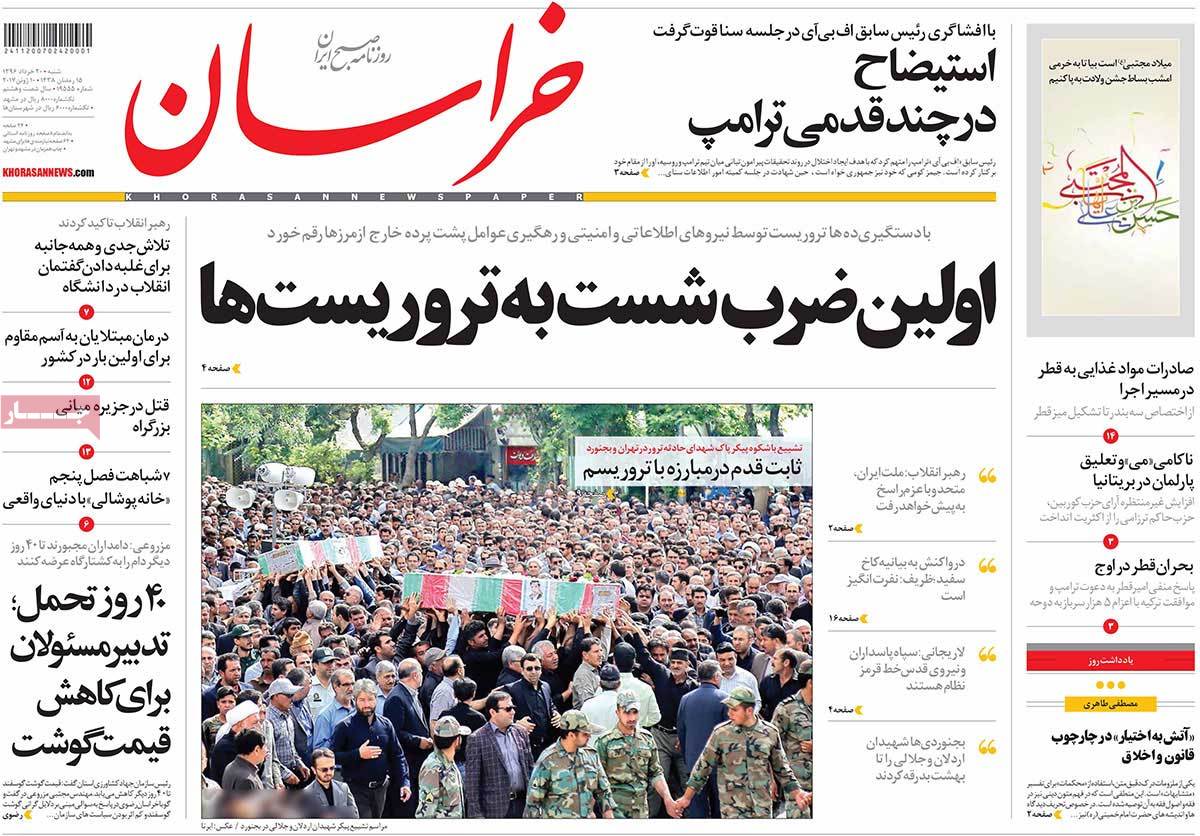 1- Iranians Take Part in Funeral Held for Victims of Terror 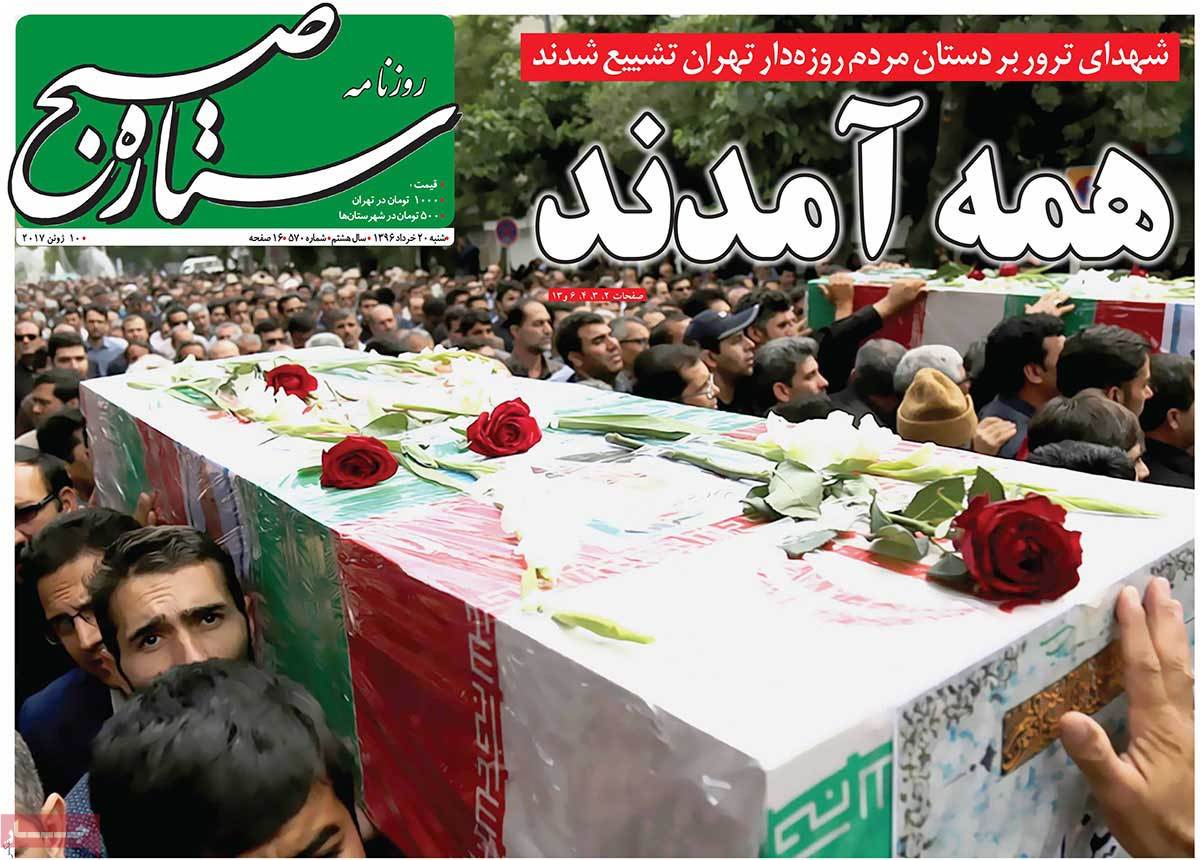 1- Farewell to Martyrs of Terror: Report on Funeral, Interview with Families 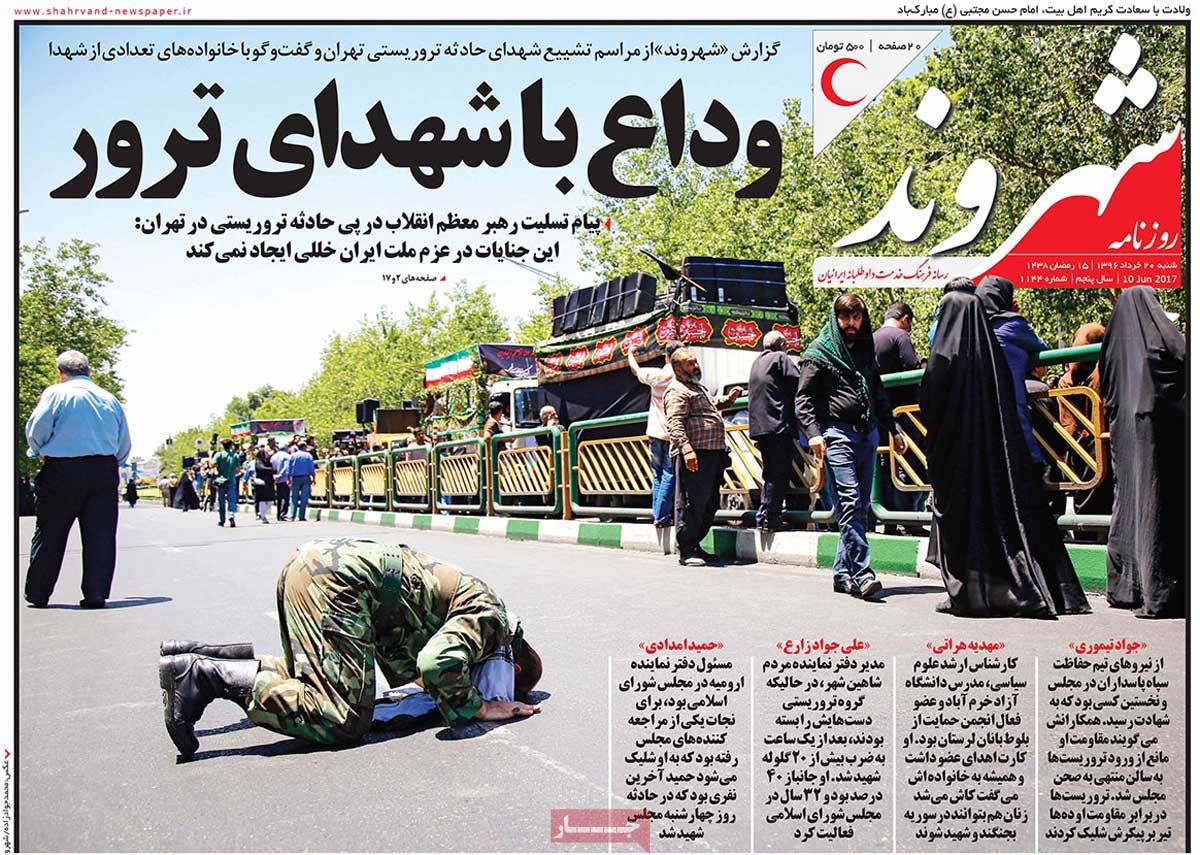 1- On Iran’s Shoulders: Martyrs of Terror Attacks Laid to Rest 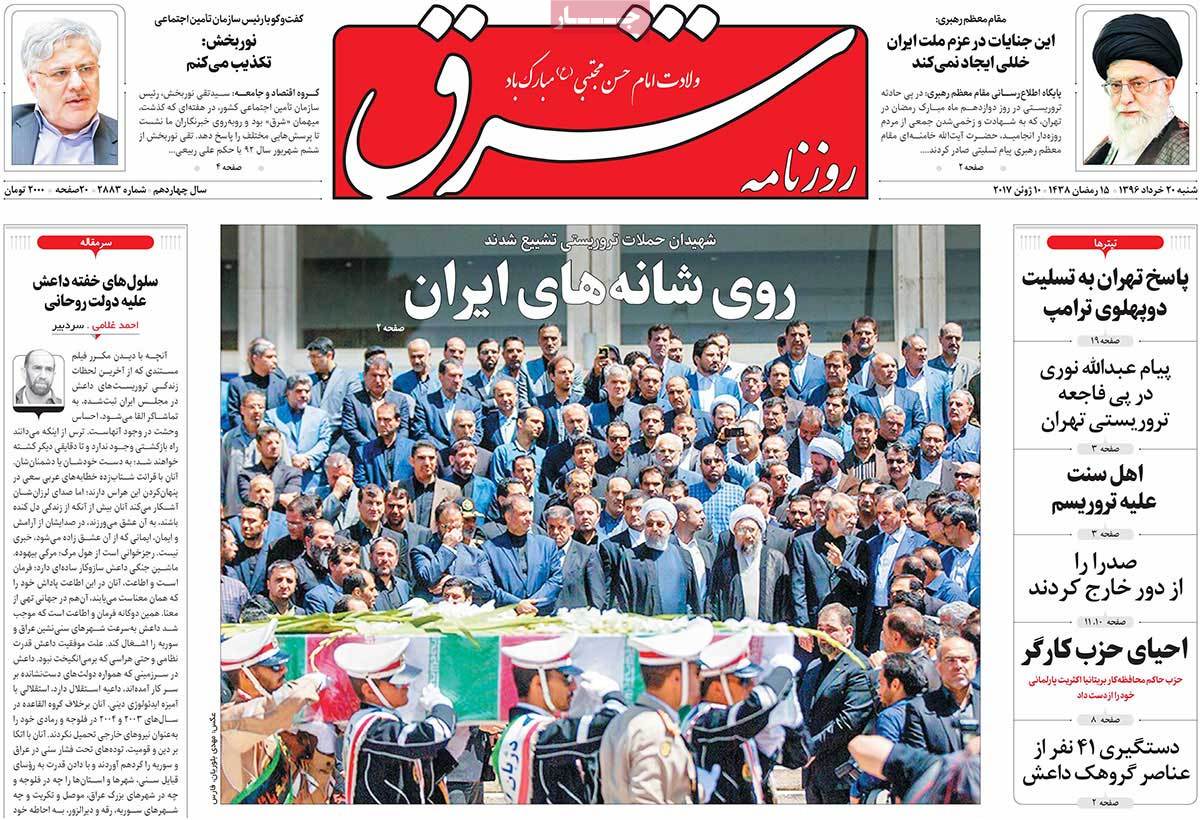 1- May Loses Gamble of Politics 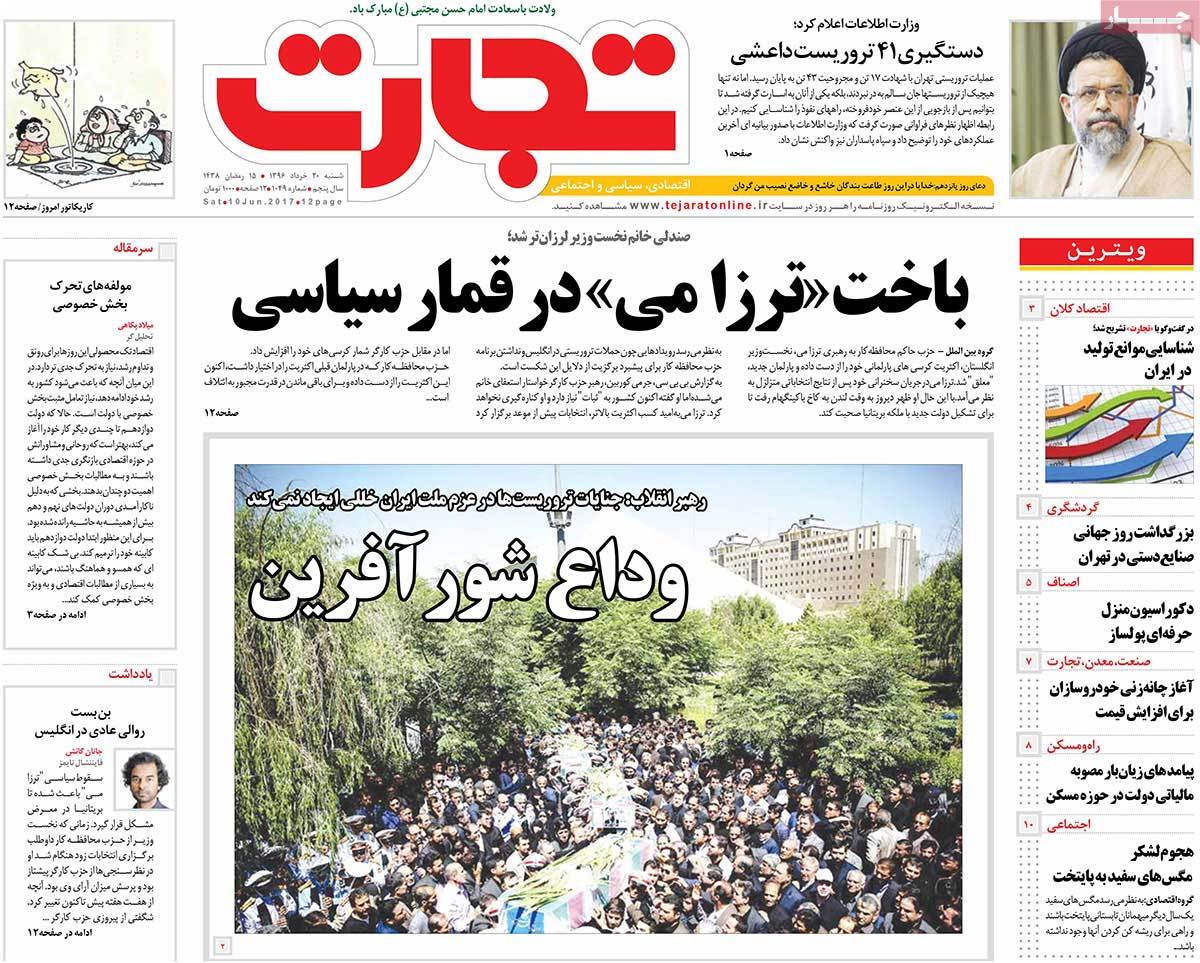