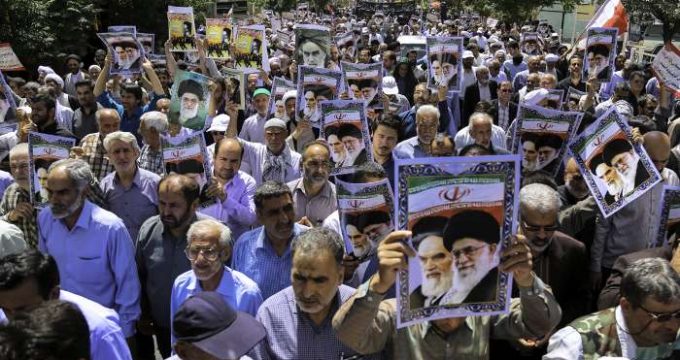 Photos: People of Qom commemorate the bloody uprising of 15 Khordad

IRNA l Mohammad Akhlaghi: Thousands of people March in Qom on Monday to commemorate the bloody uprising of 15 Khordad 1342. To the Iranians, the event marks a prelude to the victory of Iran’s Islamic Revolution in 1979. In 1963, a massive crowd of people took to the streets to protest against the arrest of the late founder of the Islamic Republic Ayatollah Rouhollah Khomeini by the Pahlavi regime’s security forces. Imam Khomeini had been arrested for his angry speech against the ruling Shah and the US.