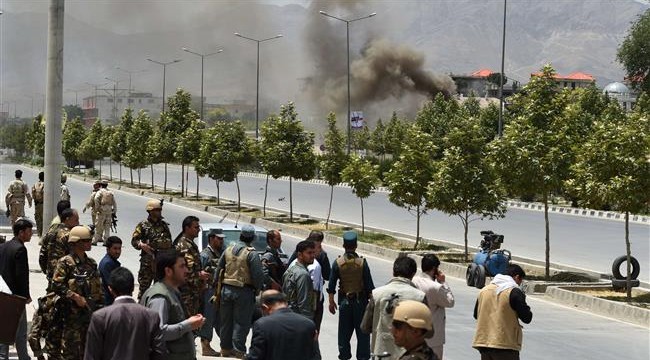 Press TV cameraman missing in the wake of Kabul bombing

Press TV – Press TV’s cameraman has gone missing in Afghanistan after a massive bomb blast in Kabul claimed the lives of at least 90 people and injured hundreds of others.

Press TV’s correspondent in Kabul Amin Alemi says the crew and the family of Habibollah Hosseinzadeh, the cameraman, still cannot get hold of him after he left his home for the Press TV office located near the blast site at around 8:30 a.m. local time on Wednesday.

Alemi also said they had checked all local hospitals to determine if he was admitted, but to no avail.

The cameraman is feared to be among those yet to be identified.

The bomb exploded near the presidential palace and foreign embassies in the center of Kabul on Wednesday morning, Afghan officials said.

The Daesh Takfiri terrorist group claimed responsibility for the attack, the precise target of which remained unclear, even though it hit Zanbaq Square, close to the German Embassy.

According to reports several embassies were damaged in the large explosion.

The Embassy of the Islamic Republic of Iran was also damaged in the explosion which also partially destroyed the Iranian ambassador’s residence.

The Iranian Foreign Ministry condemned the blast as “criminal suicide attack” in Kabul and said the failure to confront terrorism has resulted in an increase in terrorist activities.

The bomb blast on the highly-secured area is said to be “one of the biggest” in the city, which has already been the target of many terrorist attacks in the first three months of 2017.