A look at Iranian newspaper front pages on June 1

IFP – IFP has taken a look at the front pages of Iranian newspapers on Thursday and picked headlines from 14 of them. IFP has simply translated the headlines and does not vouch for their accuracy.

The election of Iranian Parliament’s presiding board was a top story in reformist and moderate newspapers. During the election, thanks to the efforts made by reformist MPs, Ali Motahari and Massoud Pezeshkian were re-elected as vice-speakers.

Conservative papers mainly focused on the controversy over the free export of Iran’s natural gas to Turkey. The Oil Ministry is under fire for the export, but the Oil Minister says it is normal based on international rules.

The huge blast in Afghanistan’s capital of Kabul was also a top story today. The attack, which was claimed by the ISIS terrorist group, killed at least 100 and wounded almost 500.

1- Ahmadinejad’s Case Not in Final Stage Yet: Judiciary Spokesman 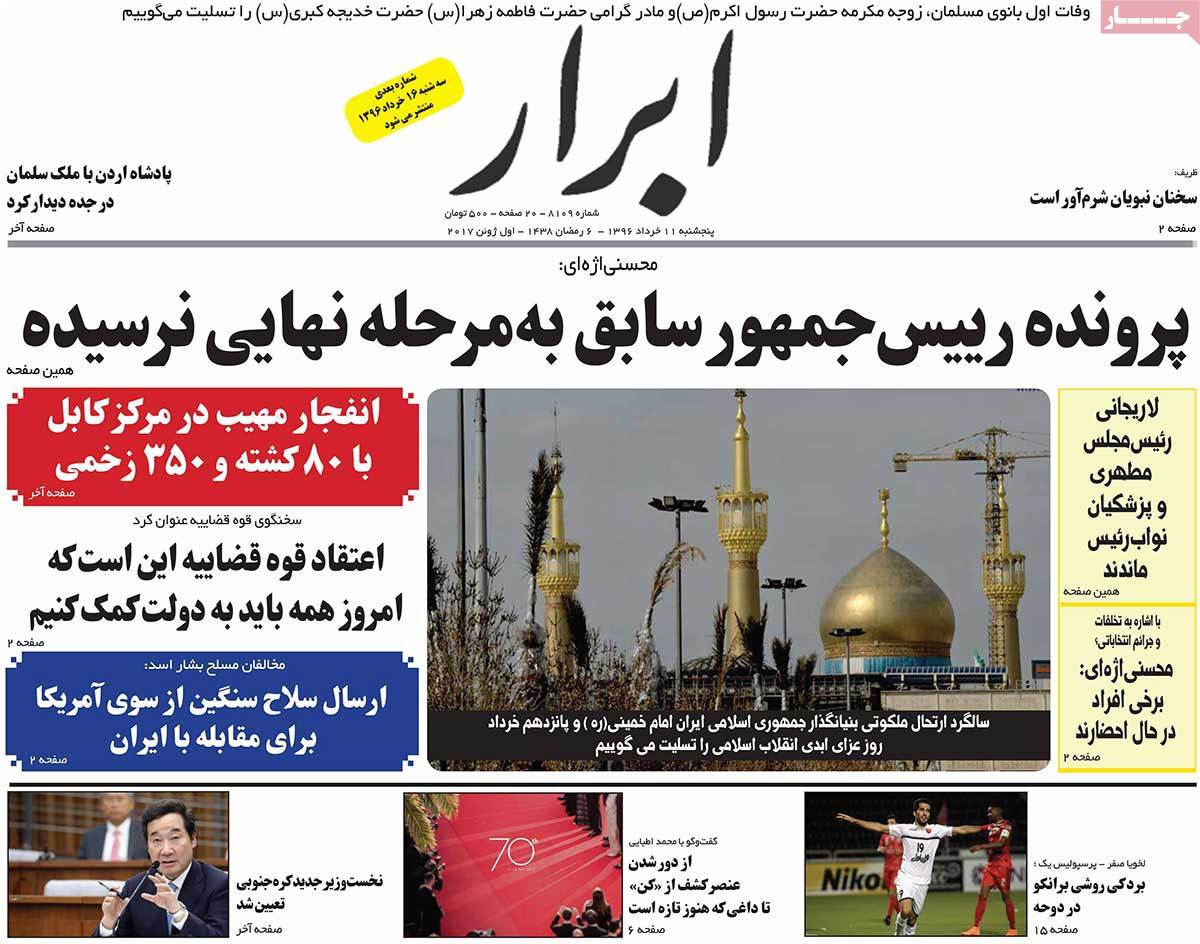 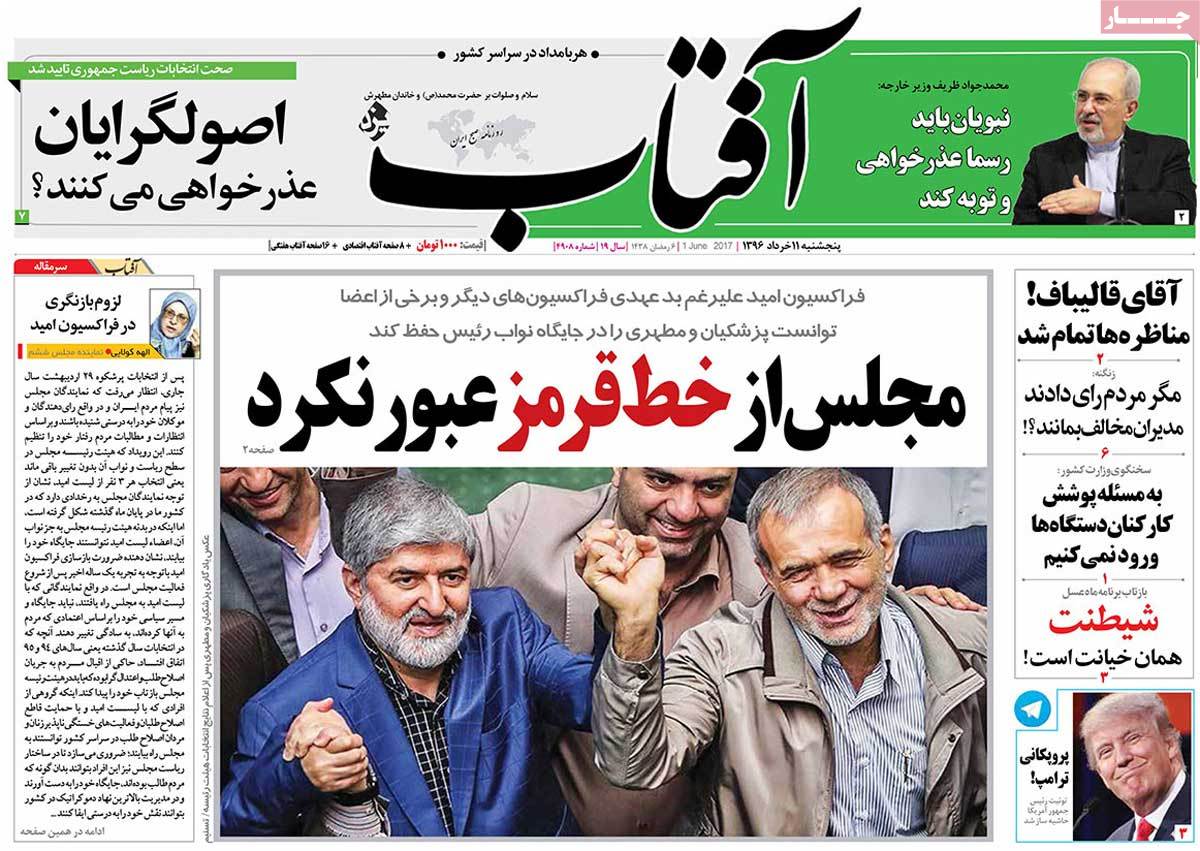 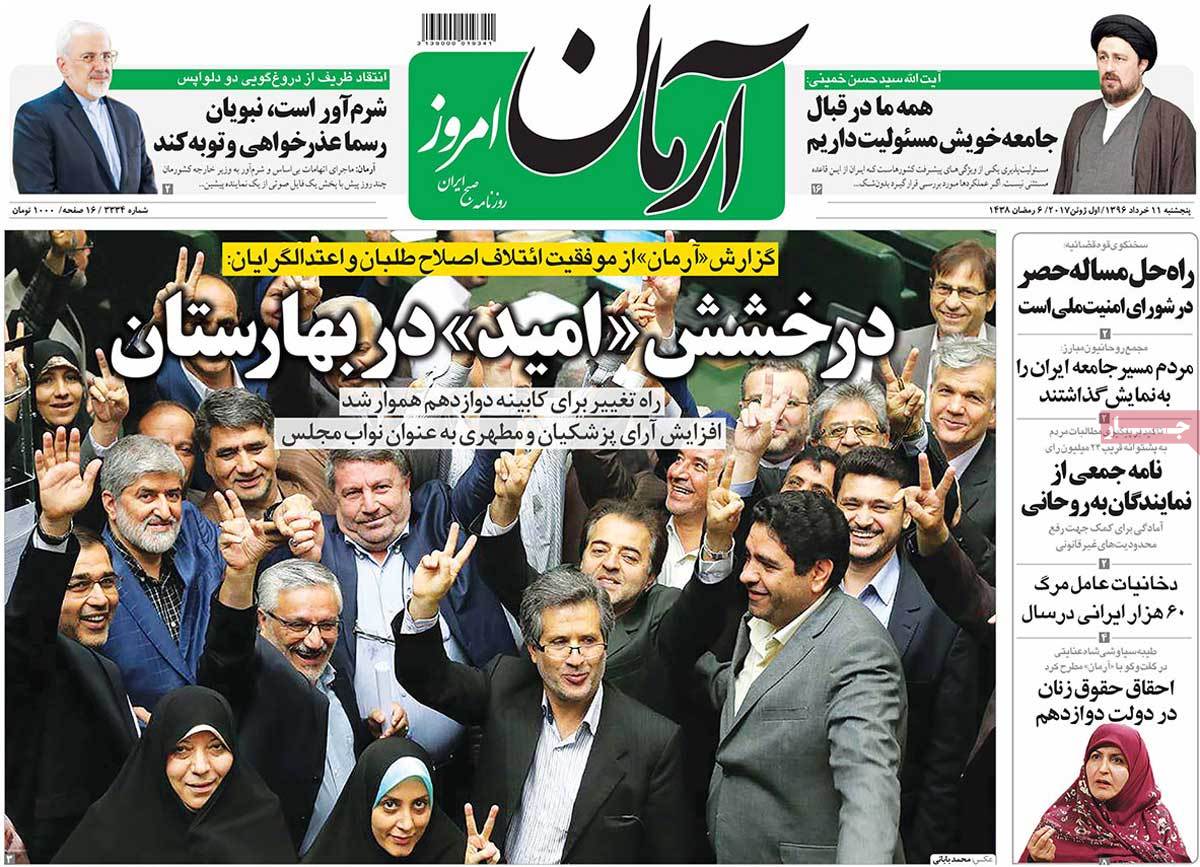 3- 3,400 Projects to Be Opened in Iranian Industrial Towns This Year 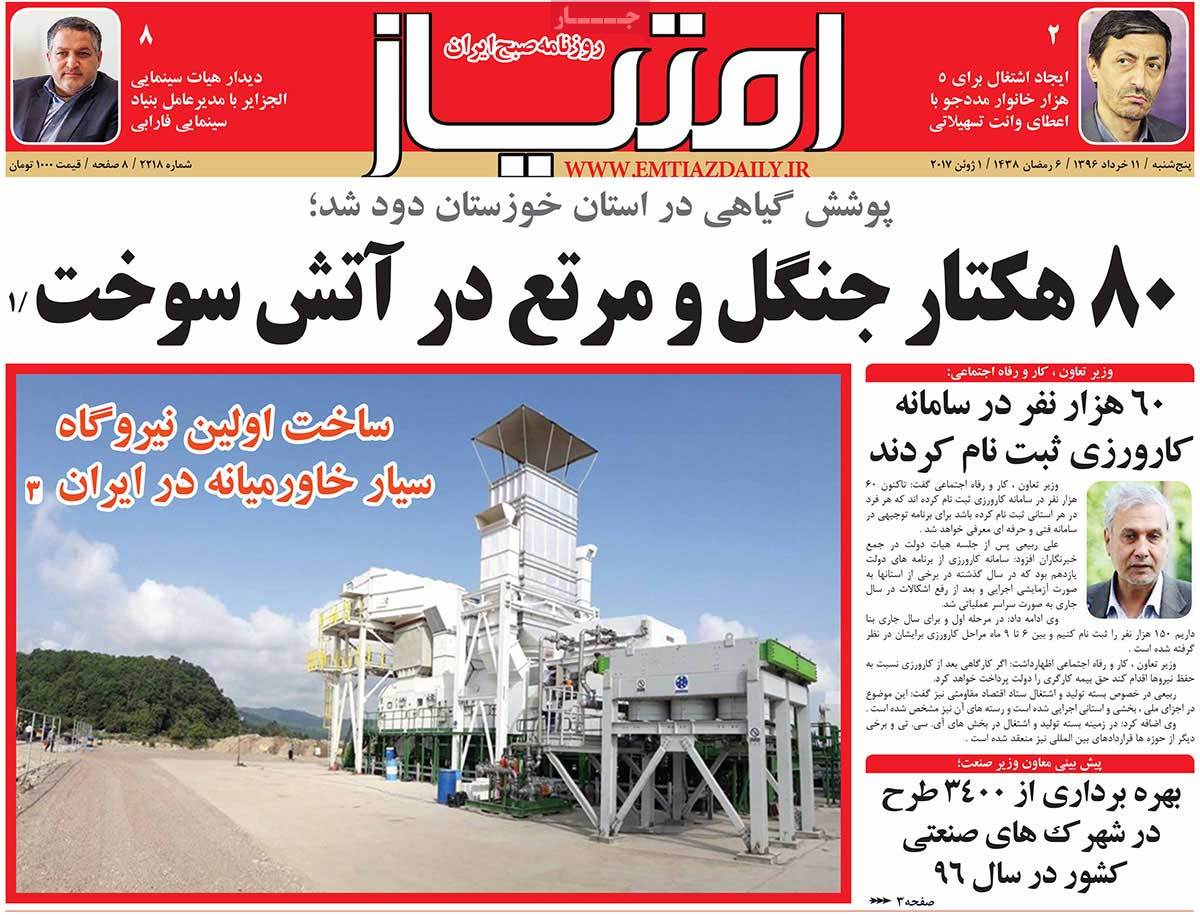 1- An Elegy for Kabul 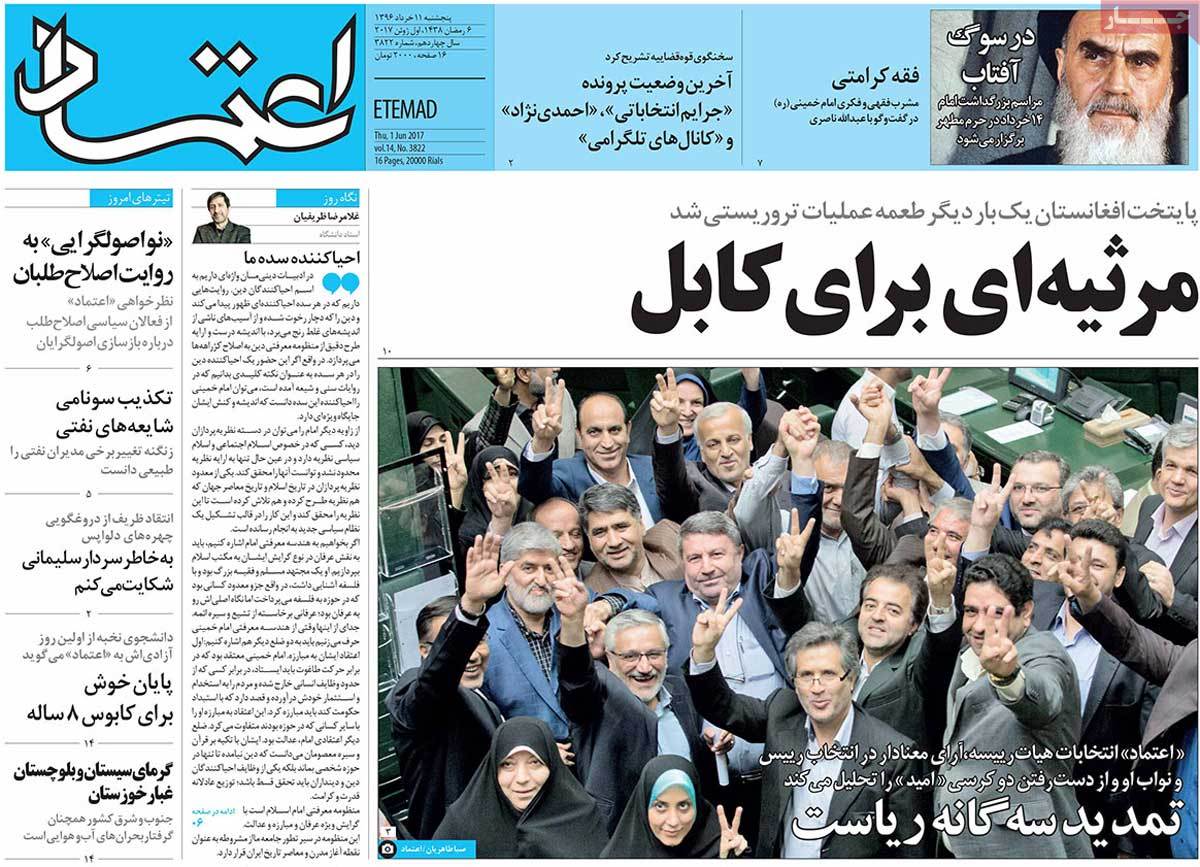 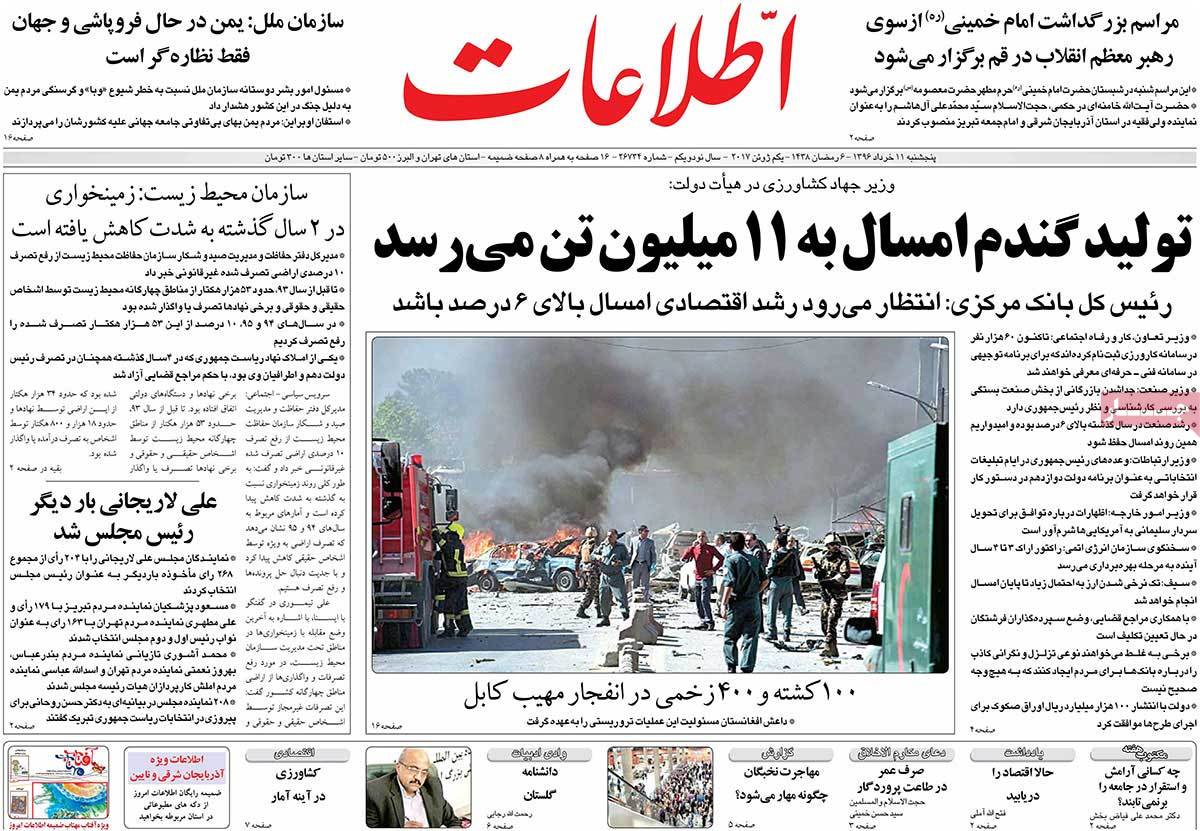 3- Triangle of Parliament’s Presiding Board Re-Elected 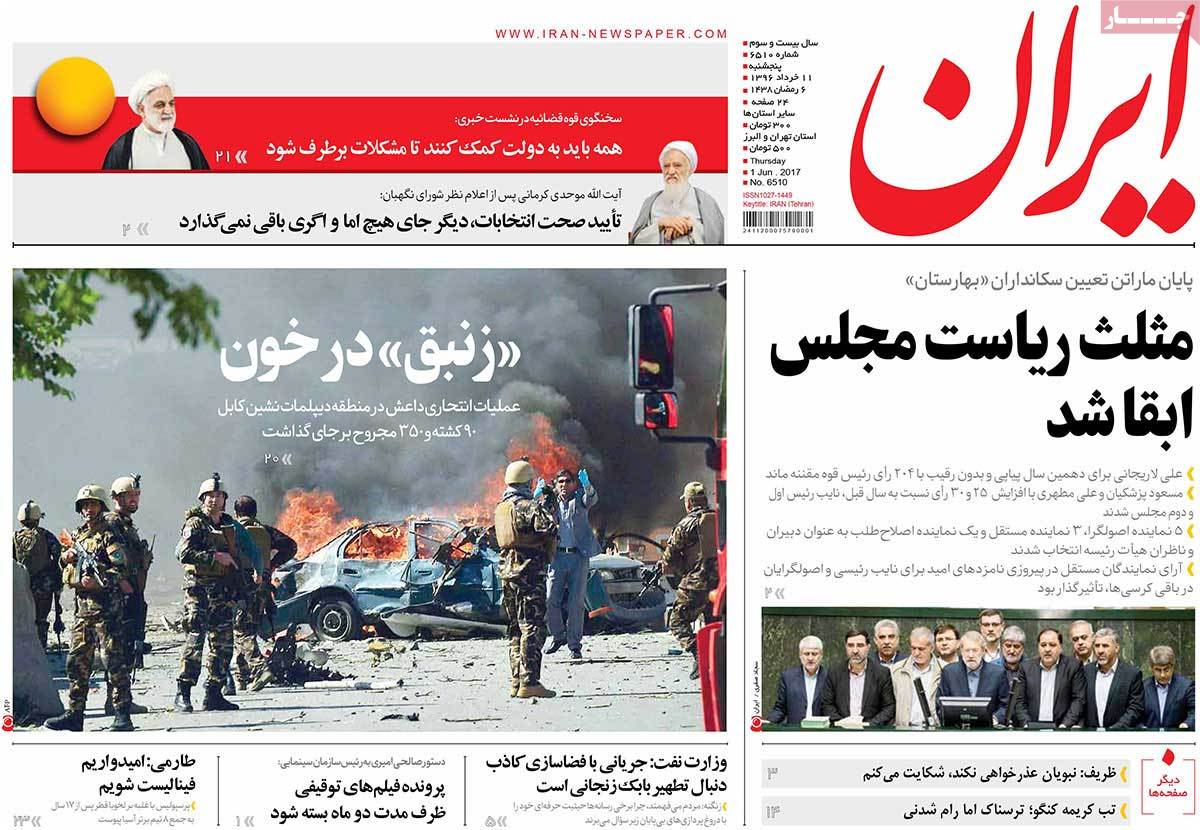 1- Crimes of ‘White ISIS’ in Yemen

2- Madness of ‘Black ISIS’ in Kabul 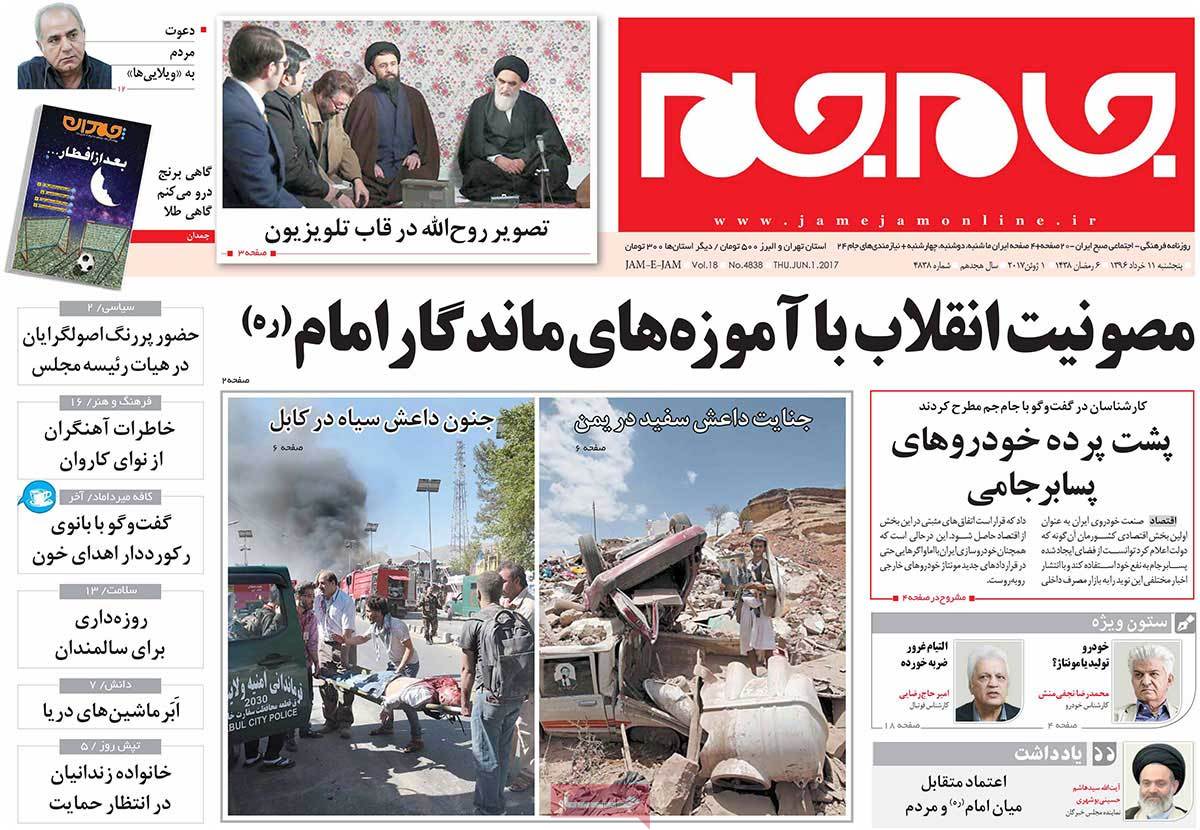 2- Turkey’s Dam May Cause Environmental Crisis in Iran 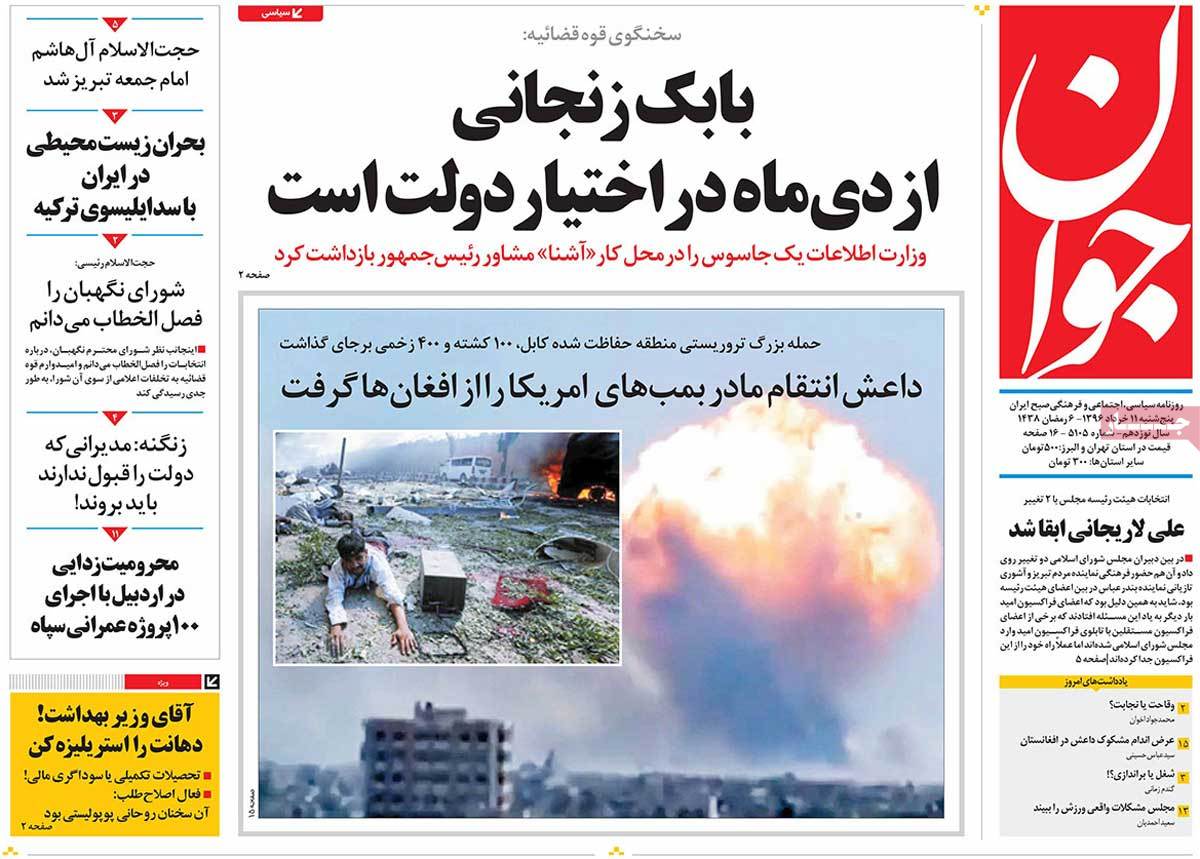 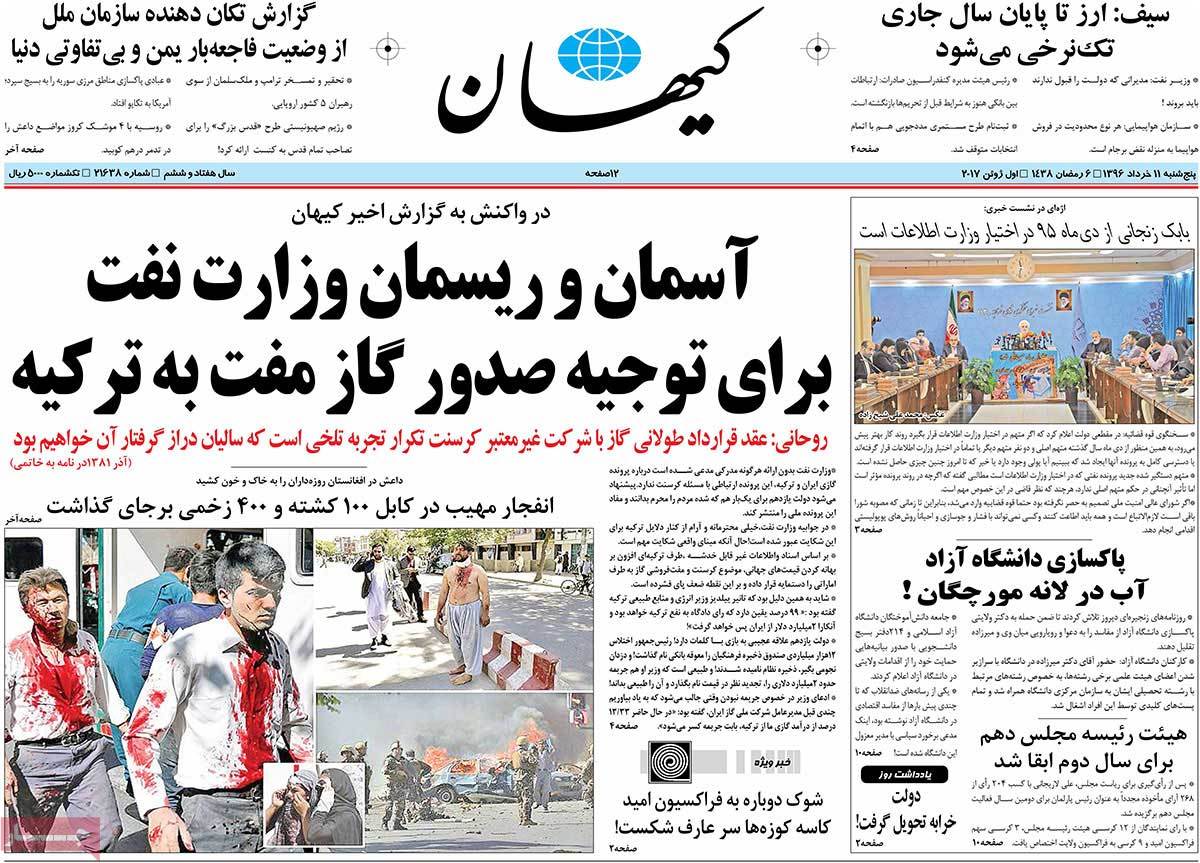 2- Interior Minister: Not a Single Ballot Has Been Changed in Final Results 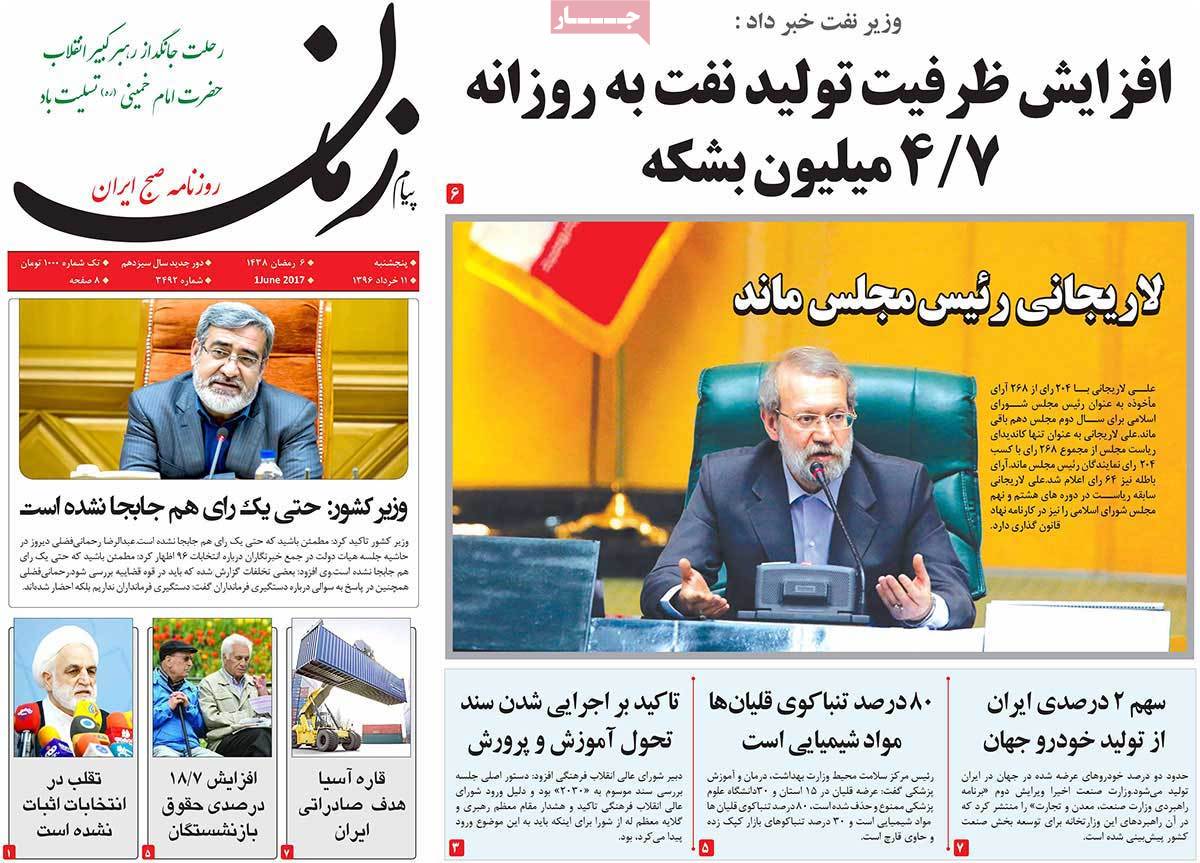 1- Taliban: We Weren’t behind Attack; ISIS: We Did It! 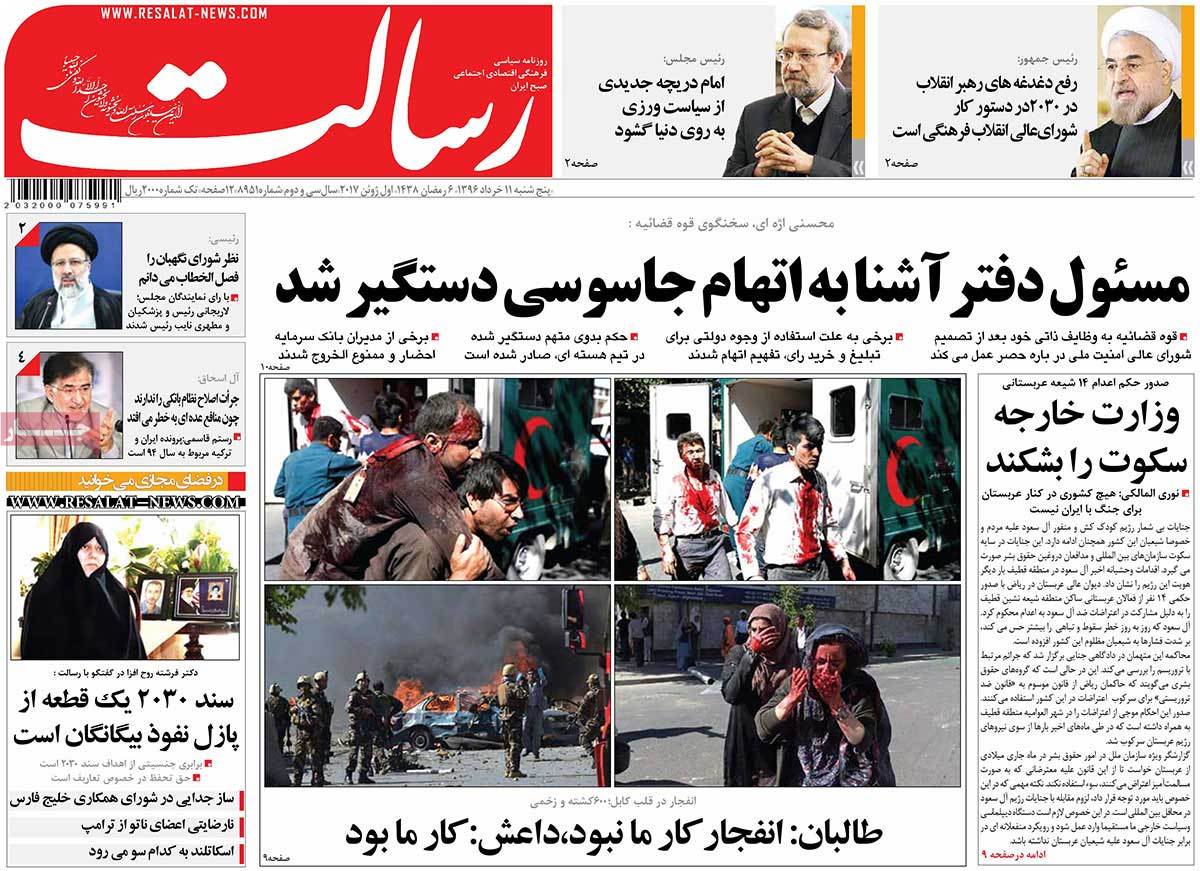 1- Kabul in Fire and Blood

3- If Turkey Dam Is Built, Quality of Life Will Be Minimized for Iranians, Iraqis 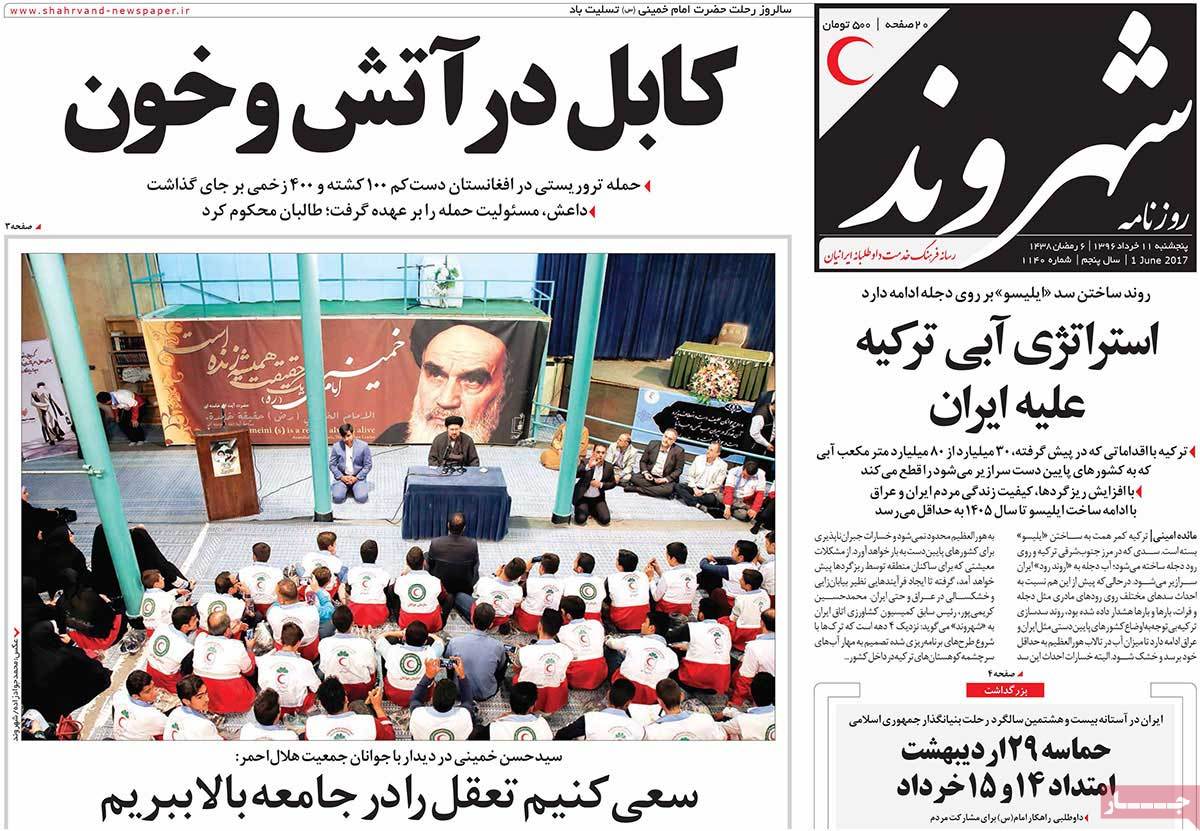