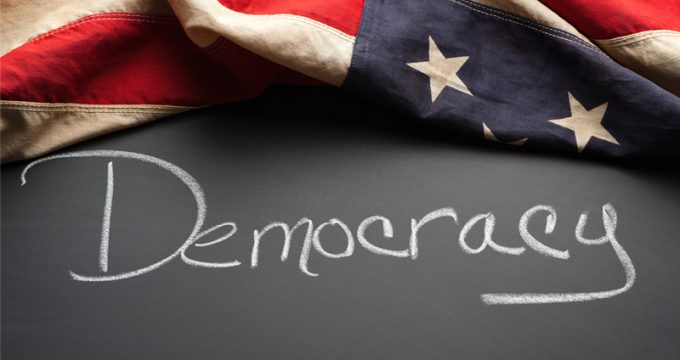 US at the crossing of democracy & dictatorship

May 28, The Iran Project | Ali Hassan Heidari: The constitution of the United States of America describes this country as a democracy. Throughout its history the US has presented itself as an advocate of democracy, bearing heavy costs for promoting what it calls the expansion of democracy in the world. Washington has launched and managed many wars in the name of promoting democracy, occupied tens of countries, formed many violent extremist groups such as Taliban in Afghanistan and ISIS in Iraq and Syria.

In its attempts to promote the so-called democracy, the US has not only borne heavy costs but also inflicted considerable damage to the target countries. Many countries have been destroyed in the name of establishing democracy, their infrastructures demolished and millions of innocent people, women and children have been killed. The bombing of Hiroshima and Nakazaki in Japan, supporting Saddam Hussein during the eight-year war against Iran, proxy war through US-founded terrorist group ISIS in Syria and Iraq are few examples of Washington’s horrible Machiavellian war in the world.

Washington’s contradicting political actions with regards to foreign policy and diplomatic management of the country has cast doubts on the sincerity of the American officials. On one hand they introduce themselves as the just leader of the world, interfering in the affairs of other countries through soft and hard policies in the name of democracy, publishing annual reports on human rights in other countries and on the other hand strikes arms deals with dictatorships that brutally suppress their own people.

The United States forms alliances with dictators to thwart democratic countries that hold free election and fight against occupation, suppression, authoritarianism and terrorism. Such contradictory actions will call into question Washington’s sincerity and integrity among the elite and aware people of the world.

Nowadays the world’s public opinion, political and cultural elites as well as lawyers are raising questions about Washington’s contradictory actions: