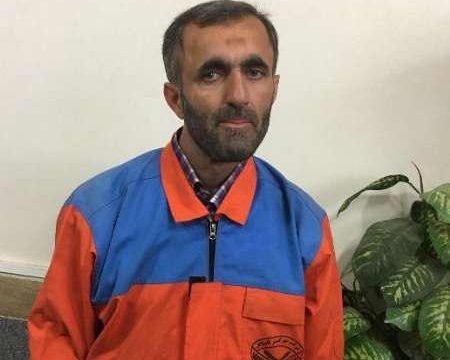 IFP – Gholam-Hassan Alipour, who is a 42-year-old street sweeper working in the northern Iranian province of Gilan, has garnered enough votes in Iran’s fifth City and Village Councils election, held on May 19, to be elected to Rasht City Council.

Commenting on his success in the vote, Alipour said by running in the local election, he aimed to find an opportunity to solve the problems and difficulties the lower-class people and his colleagues are beset with. 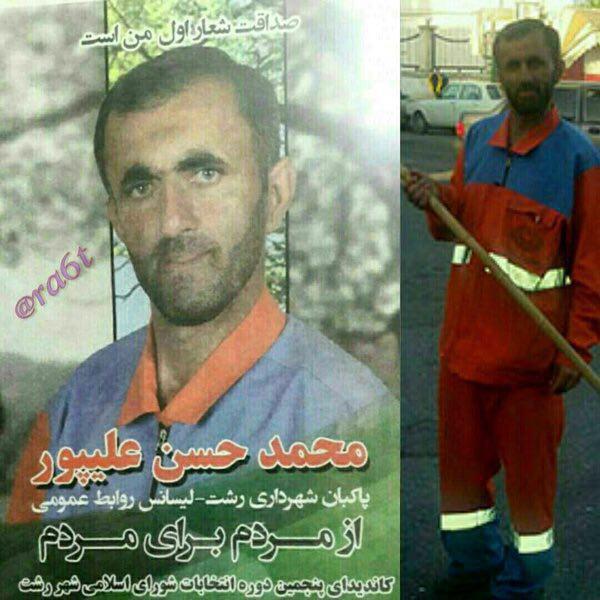 Alipour, who holds a BA in Public Relations, said, “I am the representative of Rasht’s lower-class citizens. I registered to compete in the local election to resolve the problems and difficulties faced by this social class and my colleagues.”

He added now that he has managed to win a seat in the council, he will have to shoulder a much heavier responsibility compared to the past, as he does not seek to betray the trust of those who have voted for him and, in addition, wants to do his best to resolve the problems of his city and its citizens.

“I am proud to have had the opportunity and honour of sweeping the ground where people tread and bringing the citizens the gift of cleanness. Since the money I receive as salary is extremely clean and legitimate, I am living in perfect peace with my wife and only child.”

He also referred to the high level of education among street sweepers, and said 10 of his colleagues hold BA degrees.

“I will do my best to improve their working condition.”