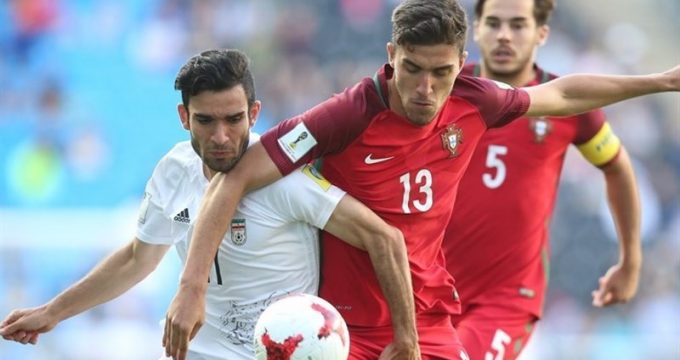 The Iranian football team, who had previously defeated Costa Rica 1-0 and lost to Zambia 4-2, lost to Portugal 2-1 in Group C on Saturday.

Iran opened the scoring just four minutes into the match when Reza Shekari found space at the near post to head in Ali Shojaei’s corner kick for his third of the tournament.

Portugal was then forced to take the initiative in searching for a goal while Iran sat in a compact defensive posture.

Diogo Goncalves equalized the match in the 54th minute. Portugal then created the majority of chances.

In the 86th minute, substitute Xande Silva’s cross on the right wing deflected off Iran defender Nima Taheri and snuck into the far side of the net. Iran then created a couple of late chances, but Portugal held on to ensure its progression to the knockout stages.

Portugal will now face host Korea Republic in the Round of 16 on Tuesday 30 May in Cheonan, while Iran is eliminated from the competition and still in search of its first knockout berth in the tournament.