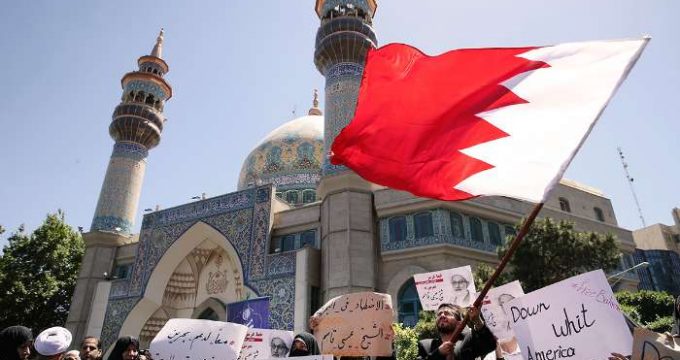 IRNA – Participants in today’s Friday Prayers took part in rallies across the country including the capital city, Tehran after the prayers to condemn crimes committed by the Bahraini Al-Khalifa rulers against the people in the country.

Demonstrators chanted slogans against the Saudi and Bahraini regimes and condemned the United States and United Kingdom for their support of the regimes.

Thousands of protesters attended the rallies to declare their support for the Bahraini top Shia cleric Sheikh Isa Qassim and the Bahraini people.

The Bahraini security forces supported by the Saudi militia, reportedly attacked supporters of Senior Bahraini cleric Sheikh Issa Qassim in the al-Deraz region in the country on May 23.

One person died and 100 more were injured during the attack.

A Bahraini court on May 21, 2017 ordered seizure of Sheikh Issa Qassim’s assets and properties and sentenced him to one year in prison.