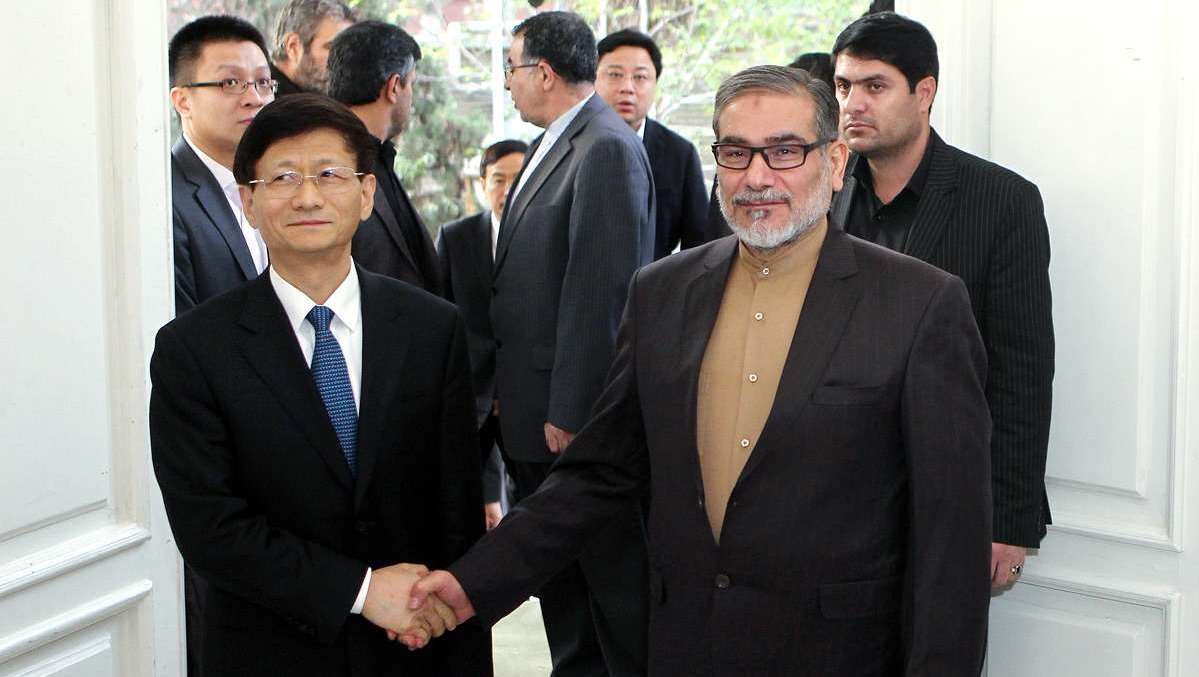 Head of Iran’s Supreme National Security Council (SNSC) Ali Shamkhani, who is in Russia for the 8th International Meeting of High Representatives for Security Issues, met with Secretary of Central Political and Legal Affairs Commission of the Communist Party of China, Meng Jianzhu, for his third bilateral meeting on the sidelines of the security meeting on Wednesday.

During the meeting, Shamkhani hailed the many successes of the Syrian-backed anti-terrorism coalition on the ground as well as the political sphere for settling the Syrian crisis, adding “the US government, however, has been defending the Takfiri terrorism in Syria under various pretexts and spreading lies about the chemical attack in Khan Sheikhoun.”

The Chinese official, for his part, voiced concern over America’s unilateral moves in the region, saying the recent arms deal between the US and Saudi Arabia is a threat to regional security and stability.

He also expressed concern over the crossing of a number of terrorists from Syria into China, and welcomed Iran’s proposal to take part in Astana talks on Syrian settlement.

Meng Jianzhu further extended an invitation to Shamkhani for a visit to China, voicing his country’s readiness to exchange regular intelligence and consultation on combating terrorism between the two countries’ security officials.