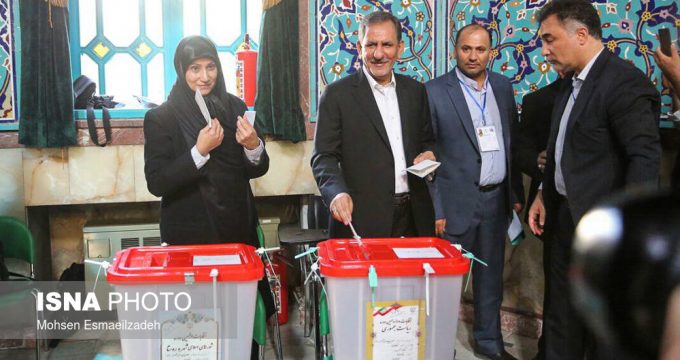 IRNA — First Vice President described Iran’s 12th presidential election as a historical epic created by people, and said that the “meaningful vote” of Iranian people empowered the government more than ever.

People rightly accomplished the task, made all the politicians and authorities of the country indebted to their dutifulness, said Eshaq Jahangiri in his congratulatory message to the Iranian people and the president-elect Hassan Rouhani.

Rouhani, leading the May 19 presidential election, overwhelmingly won the majority of votes cast on Friday by Iranians and was re-elected as the new president of the country.

‘Today, the day after the election, we have the opportunity to be friends, instead of rivals,’ he added, saying that the President belongs to every Iranian and everybody should contribute to taking long strides towards full development of the country.

Interior Minister Abdolreza Rahmani-Fazli announced on Saturday that Rouhani gained 23,549,616 votes out of the total 41,220,131, while his rival Ebrahim Raeisi, a principlist candidate, received 15,786,449 votes.

Jahangiri pulled out of the presidential race in the last days of election campaign in favor of Hassan Rouhani.