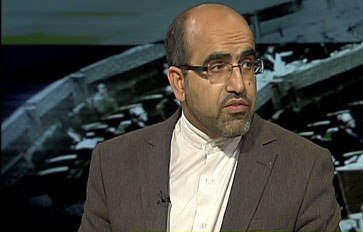 MNA – Iran’s envoy to the Organization for the Prohibition of Chemical Weapons (OPCW) was elected as head of organizations Confidentiality Commission.

Iran’s Ambassador and Permanent Representative to the Organization for the Prohibition of Chemical Weapons in The Hague, Alireza Jahangiri, was elected as the head of Confidentiality Commission.

Jahangiri was already one of four Iranian judges in the Permanent Court of Arbitration in The Hague.

The Organisation for the Prohibition of Chemical Weapons is the implementing body of the Chemical Weapons Convention (CWC), which entered into force in 1997. As of today OPCW has 192 Member States, who are working together to achieve a world free of chemical weapons.

Alireza Jahangiri, OPCW May 20, 2017
Bahraini people urged to gather in mosques on eve of Sheikh Qassim’s trial
Who is Iranian president Hassan Rouhani