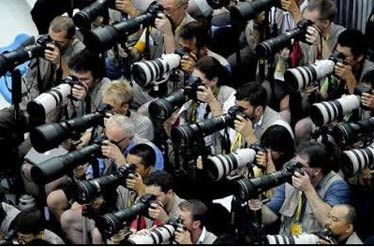 Tasnim – Around 500 journalists working for the news media of 42 countries will cover the upcoming presidential and city and village councils elections in Iran, the country’s Culture Ministry said.

It further said the country has so far issued visas for 252 reporters from 29 countries, showing a 35 percent rise in comparison with the previous presidential polls four years ago.

Iran will simultaneously hold the 12th presidential election and the 5th City and Village Council elections on May 19.

There are currently four candidates running for presidency, including incumbent President Hassan Rouhani, Ebrahim Raisi, Mostafa Hashemitaba, and Mostafa Aqa-Mirsalim. Two other hopefuls, Eshaq Jahangiri and Mohammad Baqer Qalibaf, have dropped out of the race in favor of Rouhani and Raisi, respectively.

Polling stations for the 12th presidential election, the 5th City and Village Councils elections, and the Parliament’s mid-term elections in Iran will open at 8 a.m. Friday.

Authorities say the number of eligible voters in the Friday elections stands at more than 56,400,000.