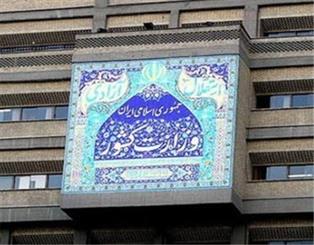 IRNA – Interior Ministry senior official on Wednesday confirmed that it has received the letter of resignation of presidential election candidate Mohammad Baqer Qalibaf.

Secretary of the Interior Ministry’s State Elections Committee Ali Pourali Motlaq made the remarks in an interview with IRNA.

Other presidential candidates have not already sent their resignation letter to the Interior Ministry, he added.

Mohammad Dehqan, head of the electoral committee of Qalibaf, had previously announced that the letter have been submitted to the Interior Ministry on Wednesday morning.

Qalibaf said in a statement on Tuesday that, “In the present juncture, what is important and vital is to maintain the interests of people, the country and [the Islamic] Revolution. Now that this great ideal can only be achieved by changing the status quo, a big and crucial decision should be made in order to preserve unity within the front of Revolution. Therefore, I ask my supporters throughout the country to use all their potentials for the success of Hojjatoleslam Ebrahim Raeisi and his future government.”

The 12th round of Iran’s presidential and the city and village councils elections are slated to be held on Friday.