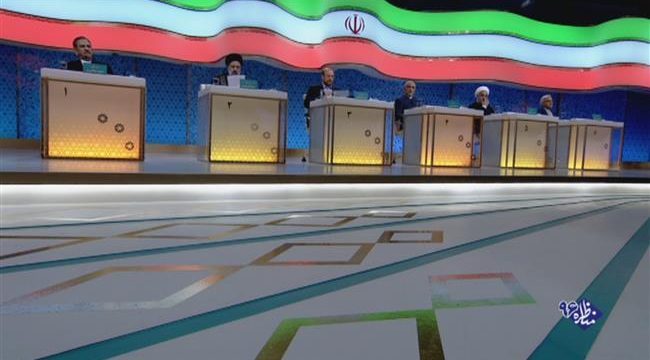 Qalibaf, the 55-year-old mayor of Tehran who lost to Rouhani in 2013, criticized the president’s “inefficient and impotent” cabinet in a statement announcing his decision. A survey by the state-affiliated Iranian Students Polling Agency published last week showed support for Rouhani at 42 percent, Raisi on 27 percent, while Qalibaf was at 25 percent.

“We ask all our supporters throughout the country to use all their potential and support toward the success of brother Ebrahim Raisi,” Qalibaf said in the statement.

If conservative voters unite behind Raisi, they could tip an election that just a few weeks ago, surveys suggested, was heading toward a straightforward victory for Rouhani. Opponents have accused the president of failing to ensure that ordinary Iranians benefited from the 2015 nuclear deal, while indicating they’ll respect the accord. A Raisi victory could alarm investors and set Iran on a more confrontational course with the Trump White House — which has called the nuclear deal a “disaster” — and its Sunni Gulf Arab allies.

It’s not a given that most Qalibaf supporters will automatically switch to Raisi on May 19, said Aniseh Bassiri Tabrizi, research fellow at the Royal United Services Institute in London. “They are both from the conservative camp but draw on different constituencies,” she said. “Qalibaf speaks more to the Iranian Revolutionary Guards and security apparatus, Raisi more to the traditional conservative” and appeals to the clerical class.

Raisi needs to reach out to a wider conservative base in the next few days, Bassiri Tabrizi said. It’s “definitely more difficult for Rouhani now. We cannot take the renewal of his mandate for granted.”

Raisi’s candidacy has fueled speculation he is being lined up to succeed Supreme Leader Ayatollah Ali Khamenei, 77. It was Khamenei who last year appointed Raisi, 56, to manage the Astan Quds Razavi, an Islamic charity that controls assets worth billions of dollars, as well as the Imam Reza shrine in the northeastern holy city of Mashhad.

Rumors about Khamenei’s health have swirled for years, and Raisi’s appointment appeared to signal confidence in the younger cleric and that he was being groomed for Iran’s most powerful post.

In the final live televised debate of an increasingly bitter campaign on Friday, Rouhani reproached Raisi, who is also a former member of Iran’s powerful judiciary, over the running of the Imam Reza shrine, Iran’s holiest.

“Mr. Raisi, you can say anything you want about me, any accusations you want to make you are free to do so. After all you are a judge, your hands are open,” Rouhani said. “But I ask you one thing: Please leave Imam Reza to the people. Please don’t drag him into factionalism.”

It was the culmination of a series of increasingly aggressive campaign attacks by Rouhani, a 68-year-old moderate cleric, who in recent weeks has lashed out at conservatives over issues from freedom of speech to corruption and wealthy institutions that don’t pay tax.

There are five candidates remaining following Qalibaf’s withdrawal, including Vice-President Eshagh Jahangiri, who supports Rouhani and whose candidacy has been aimed at uniting forces behind him, and fellow reformer Mostafa Hashemi-Taba, a former industry minister. Mostafa Mirsalim is a conservative and former culture minister.

Another survey by the Iranian Students Polling Agency last week showed that, in a head-to-head contest, neither Rouhani, nor Raisi would garner the 50 percent of votes needed to win in the first round and avoid a run-off between two candidates. If the current field was reduced to the two, 47.7 percent of respondents would vote for Rouhani and 38.7 percent for Raisi, according to the survey released on May 10.

To boost Rouhani’s chances, “Jahangiri now needs to withdraw from the race because he needs all the backing from the reformist camp,” said Bassiri Tabrizi at the Royal United Services Institute. “It’s going to be tricky for Rouhani to position himself in the center to gain the votes that were going to go to Qalibaf.”