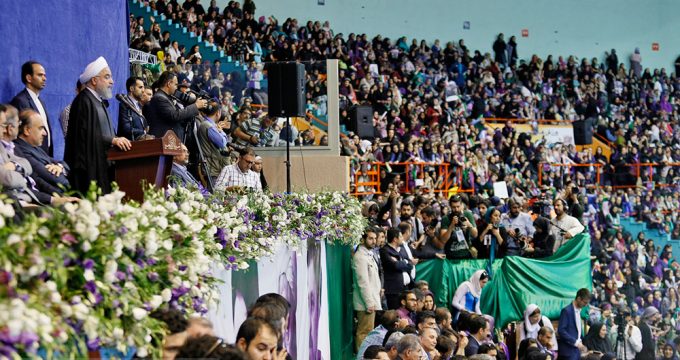 AP – Iran’s President Hassan Rouhani has said that Friday’s presidential election will place the country at a critical juncture, and its people must choose between peace or tension.

Speaking Saturday to tens of thousands of his supporters at Tehran’s Azadi Stadium, his biggest campaign rally thus far, Rouhani said, “We are at the edge of a great historical decision. Our nation will announce if it continues on the path of peacefulness or if it wants to choose tension.”

“We should not let Iran become isolated again,” added Rouhani, “We want constructive communication with the world.”

The election is seen largely as a referendum on Rouhani’s outreach to the rest of the world following the country’s landmark 2015 nuclear accord with world powers.