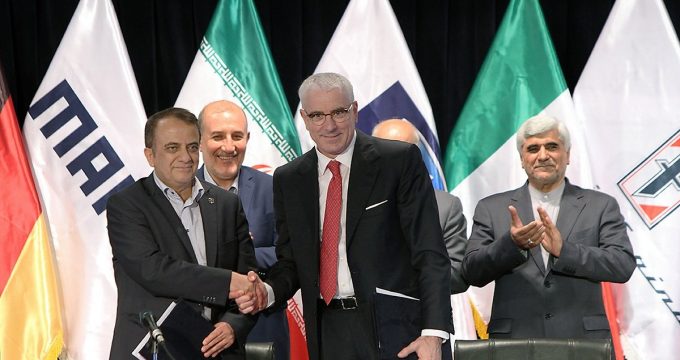 According to the report by Reuters on Tuesday, the agreement, worth nearly €70 million, focuses on the development of automotive technology platform (ATP).

The contract will last for 36 months, the report added.

Iran has the Middle East’s largest auto market with a population of 80 million. The automobile industry is seen as Iran’s biggest non-oil sector, accounting for nearly 10 percent of the gross domestic product (GDP).

Iranian manufacturers produced 1.6 million automobiles in 2011, about half of them by Iran Khodro.