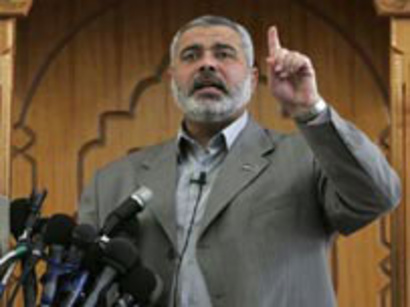 Tasnim – Khaled Meshaal, the head of Palestinian Hamas movement, announced that Ismail Haniya, the president of the political bureau of the movement, was elected as his successor.

“I would like to announce that this new council has elected Abu al-Abed, my brother Ismail Haniya, the president of the political bureau of the movement,” Meshaa told Al Jazeera news outlet.

“The new leadership will announce any other names in the appropriate time. The movement blesses this election which came in a consultative, democratic way that is homogenous with the lists and that shows the unity of the movement.”

Meshaal, who now lives in an exile in the Qatari capital of Doha, has been running the Hamas political wing for the maximum two terms in office, Sputnik reported.

It comes several days after the Hamas movement, which rules the Gaza Strip, issued a new policy document, announcing for first time that it would accept the creation of the Palestinian state within the borders preceding the Six-Day War.

The document, however, stressed that it would not recognize Israel.