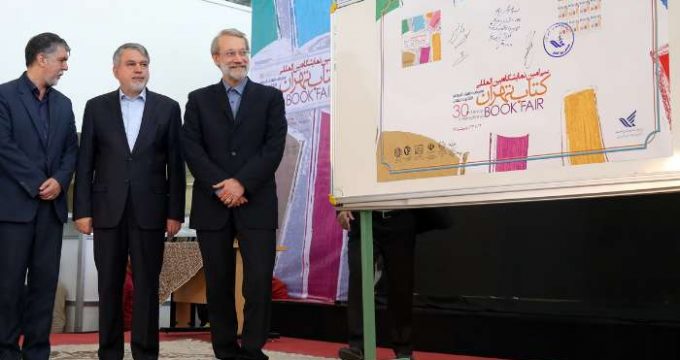 May 3, The Iran Project – The pavilion of Italy as the special guest country of the 30th edition of Tehran International Book Fair (TIBF) opened with the presence of Iranian and Italian officials on Wednesday.

He also stated that Italy is going to hold different programs at the 30th edition of Tehran International Book Fair among which is the unveiling ceremony of the book titled “Silk Road from Tehran to Rome”.

Italy is trying to pave the way for the two countries to closely cooperate on cultural and publishing industries so they can better understand their civil society, the Italian official added.

Moreover, Seyed Abbas Salehi, Deputy Minister of Culture and head of Tehran International Book Fair, for his part, said Italy and Iran are not only similar in the color of their flags, but the two countries’ cultures are also very close.

He went on to say that the two countries have commonalities in philosophical, literary and artistic fields, as well.

The 30th edition of Tehran International Book Fair (TIBF) opened in a fairground south of the Iranian capital with publishers from 110 foreign countries in attendance.

The international event, which has been staged under the motto of “Let’s Read One More Book”, began to host visitors on Tuesday and will last until May 13.