A Look at Iranian Newspaper Front Pages on May 2

Iran Front Page- IFP has taken a look at the front pages of Iranian newspapers on Tuesday and picked headlines from 20 of them. IFP has simply translated the headlines and does not vouch for their accuracy.

Iranian newspapers today covered a controversial ceremony held on the International Workers’ Day in Tehran. A group of workers used the ceremony, attended by President Hassan Rouhani, to raise their protests against the government, and this was widely used by Rouhani’s opponents to attack the incumbent president.

What added fuel to the fire were the remarks by the ceremony’s host who allegedly threatened to hit the opposing workers in the face and called them a group of mercenaries.

Parliament Speaker Ali Larijani’s criticism of certain ‘impractical’ promises made by presidential candidates also received great coverage. Larijani says those who vow to double or triple the amount of monthly cash handouts are making false promises as the issue needs Parliament’s approval, and under the current situation, Iranian lawmakers won’t approve such a decision.

1- Qalibaf, Raisi May Withdraw from Candidacy in Favour of Each Other

2- Rouhani: We Created 2m Jobs in Our Term 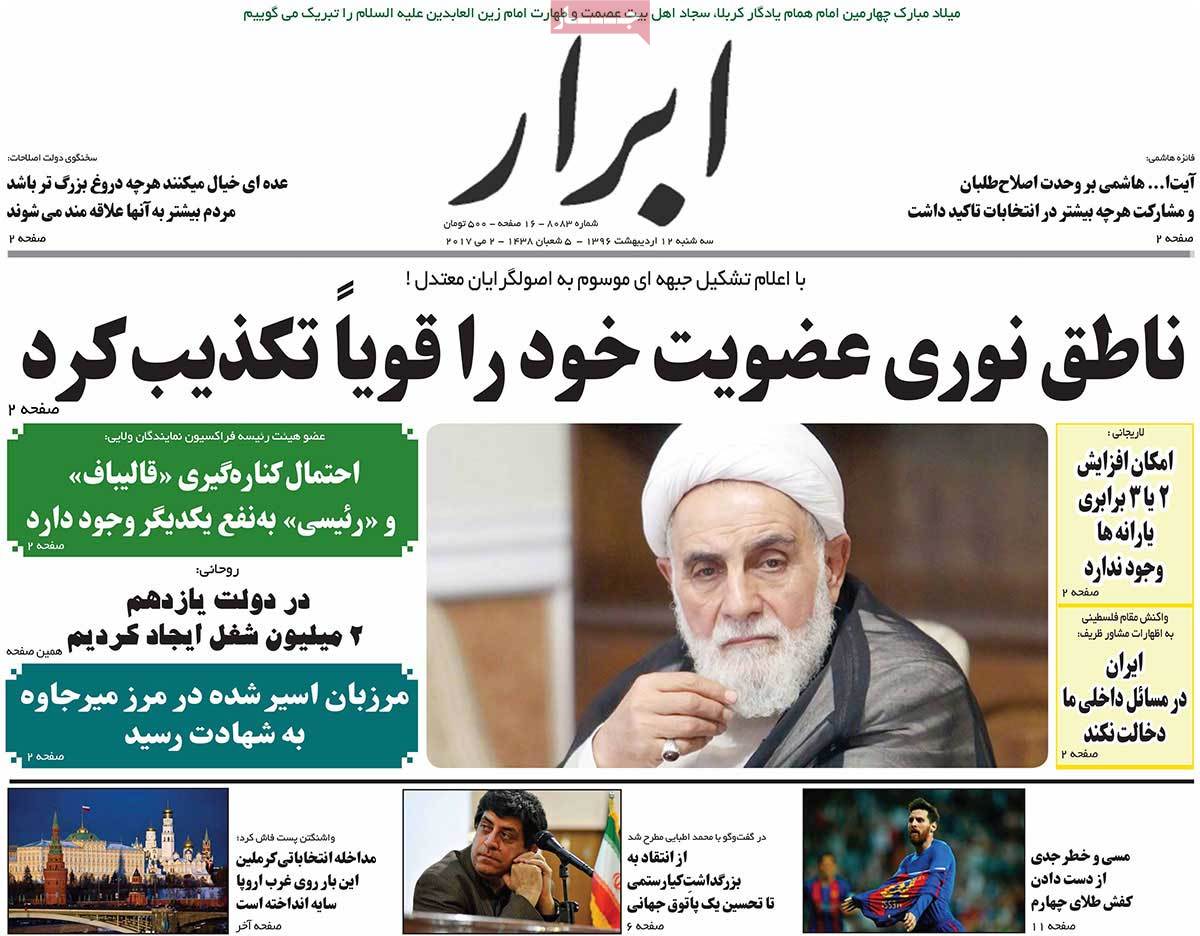 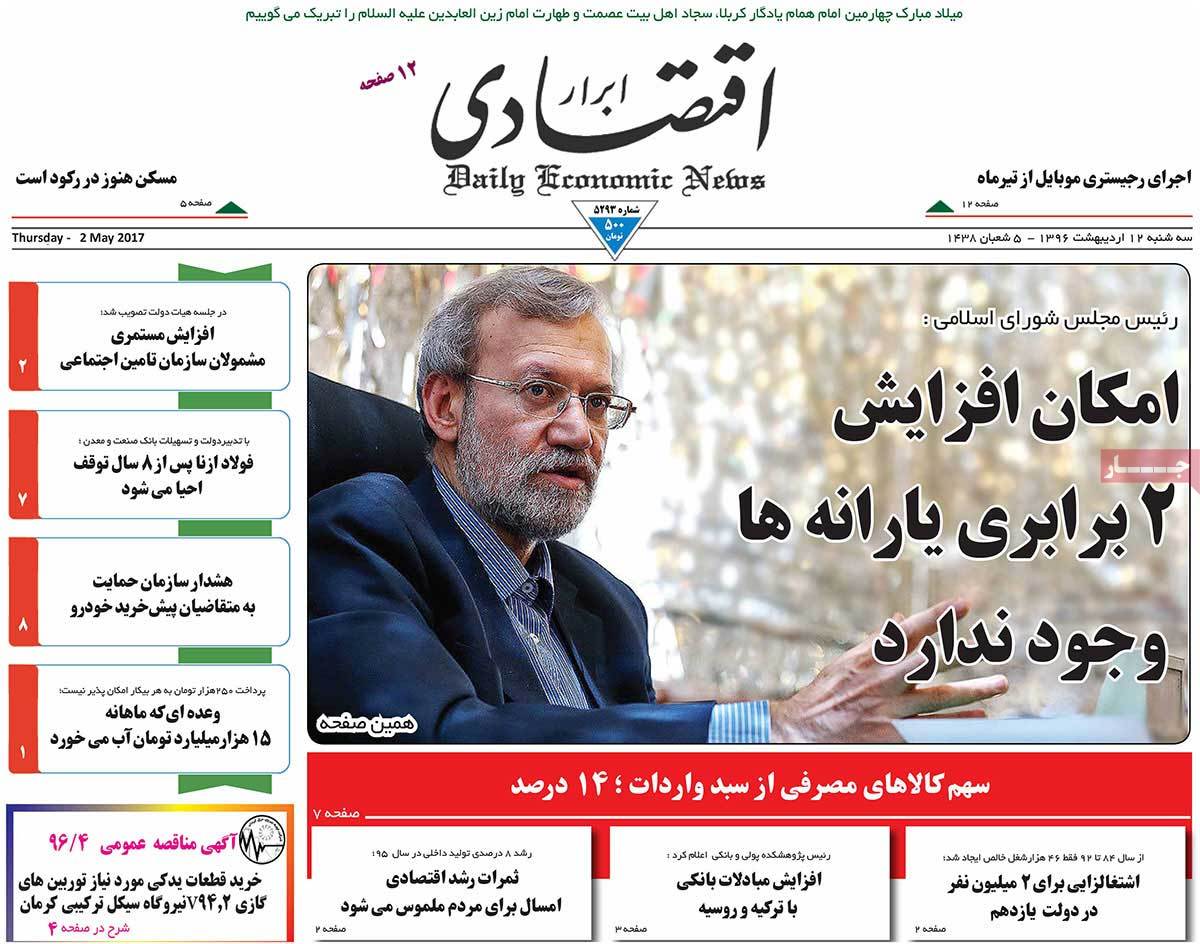 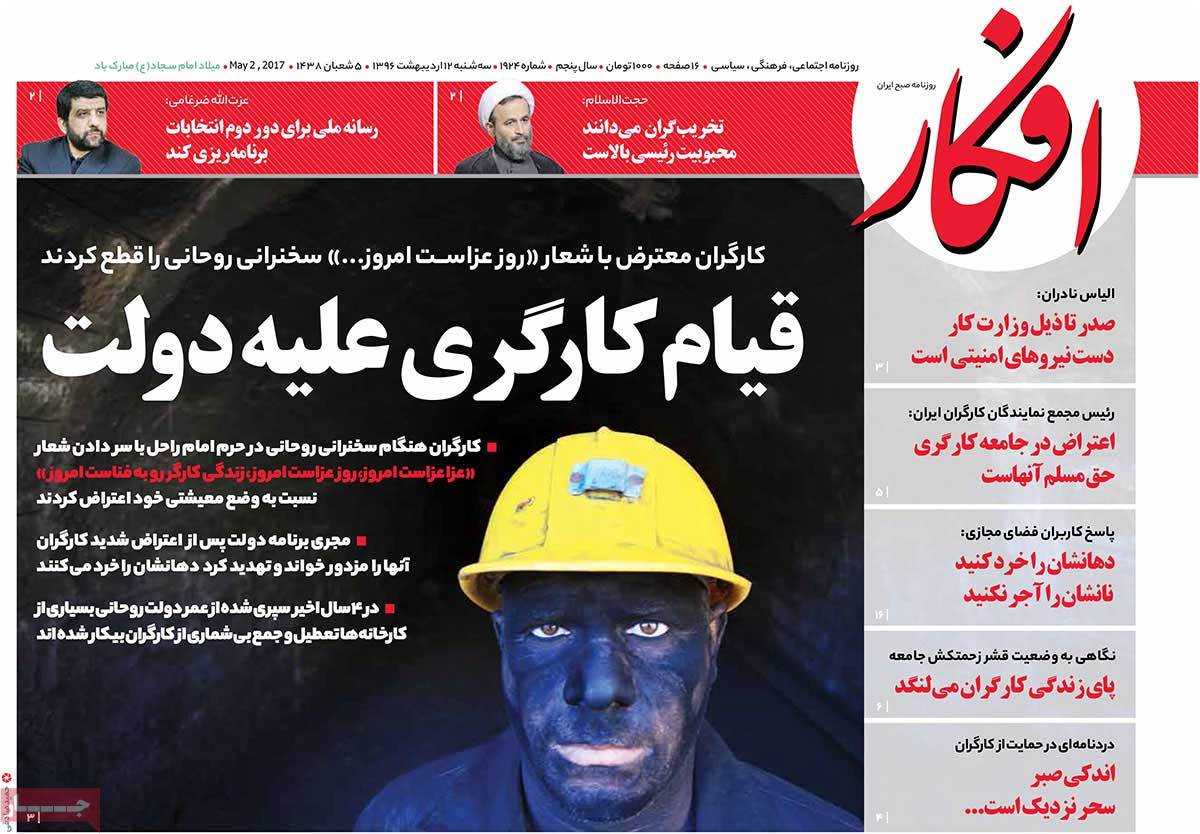 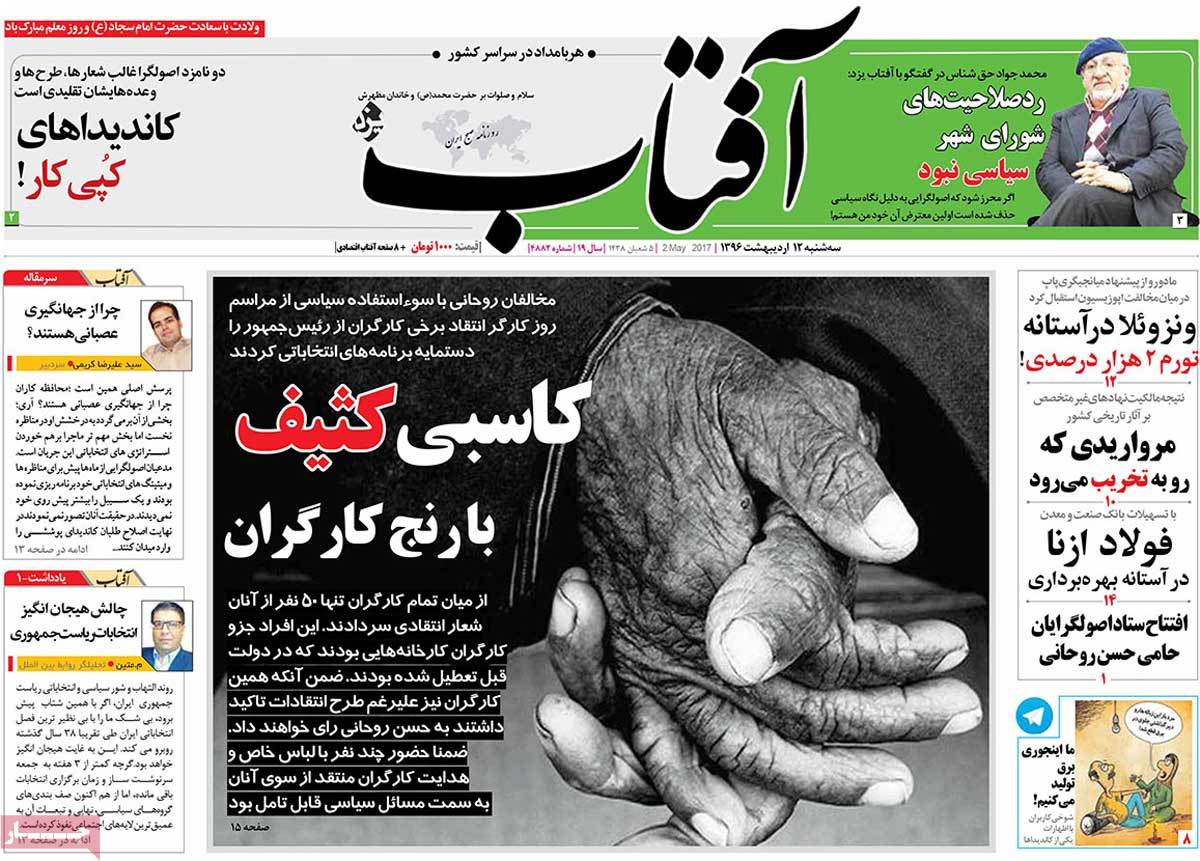 1- Rouhani: Workers Need Action; Next Cabinet Will Get Younger 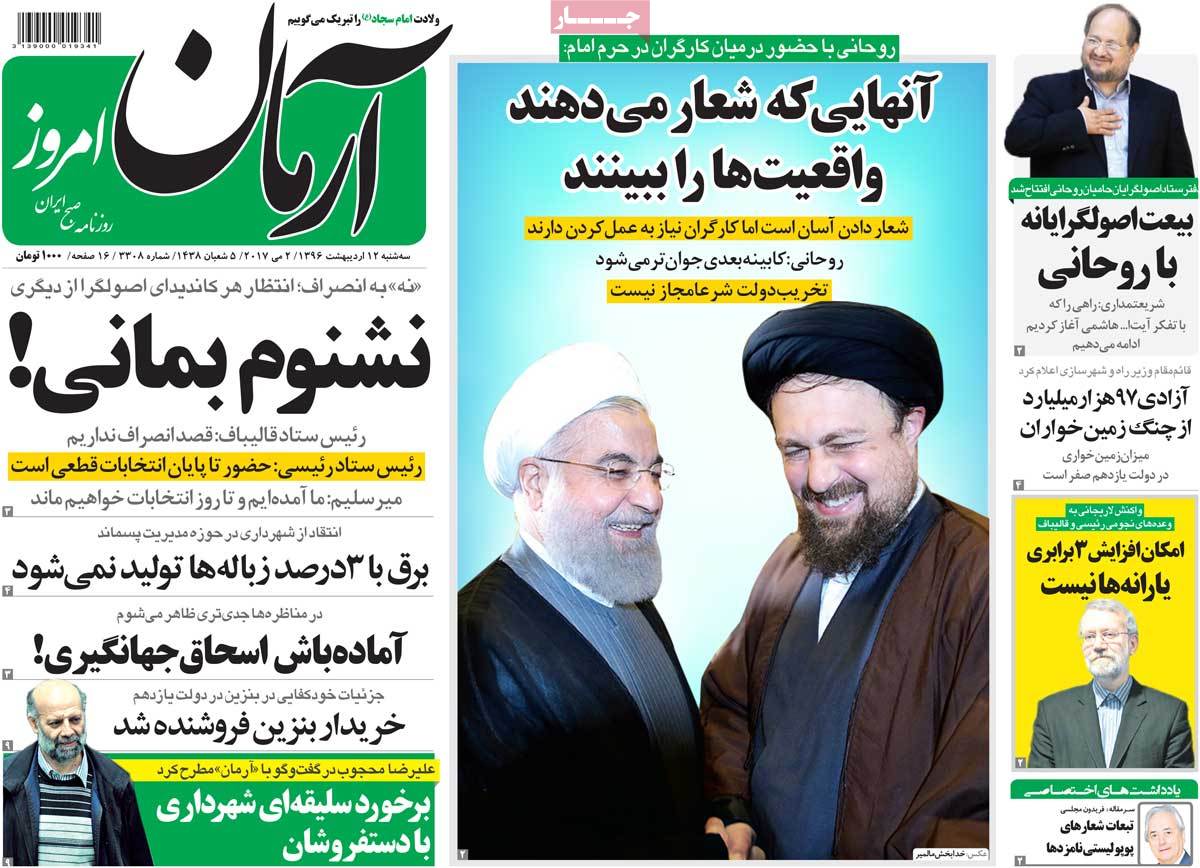 1- Tehran in Danger of Flood 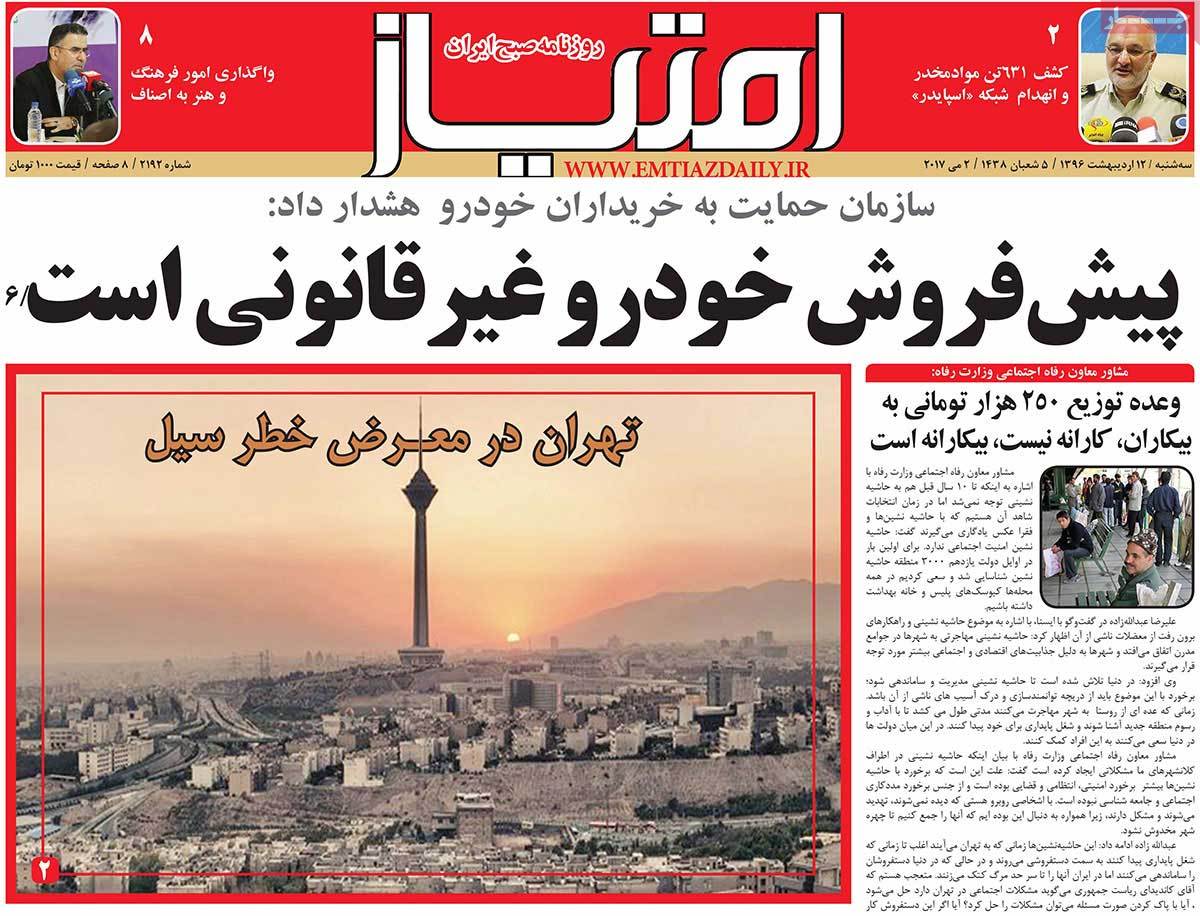 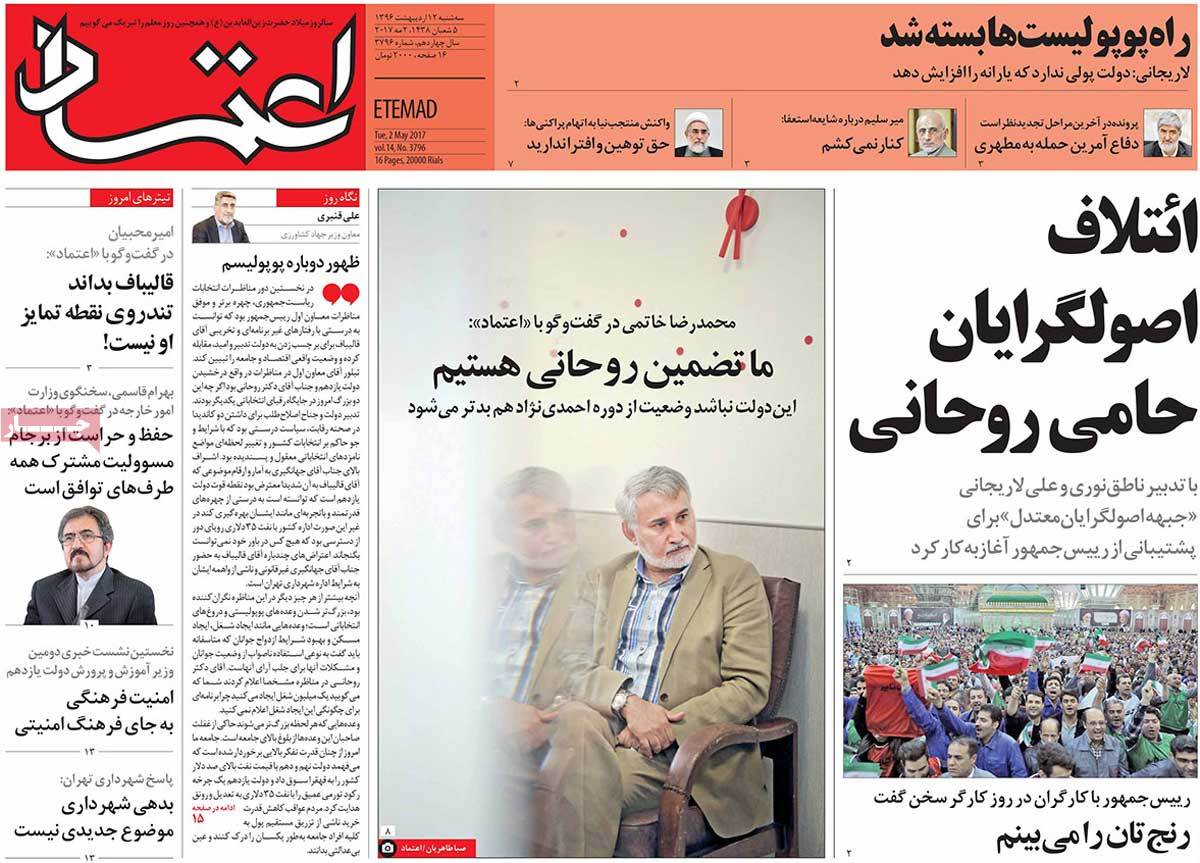 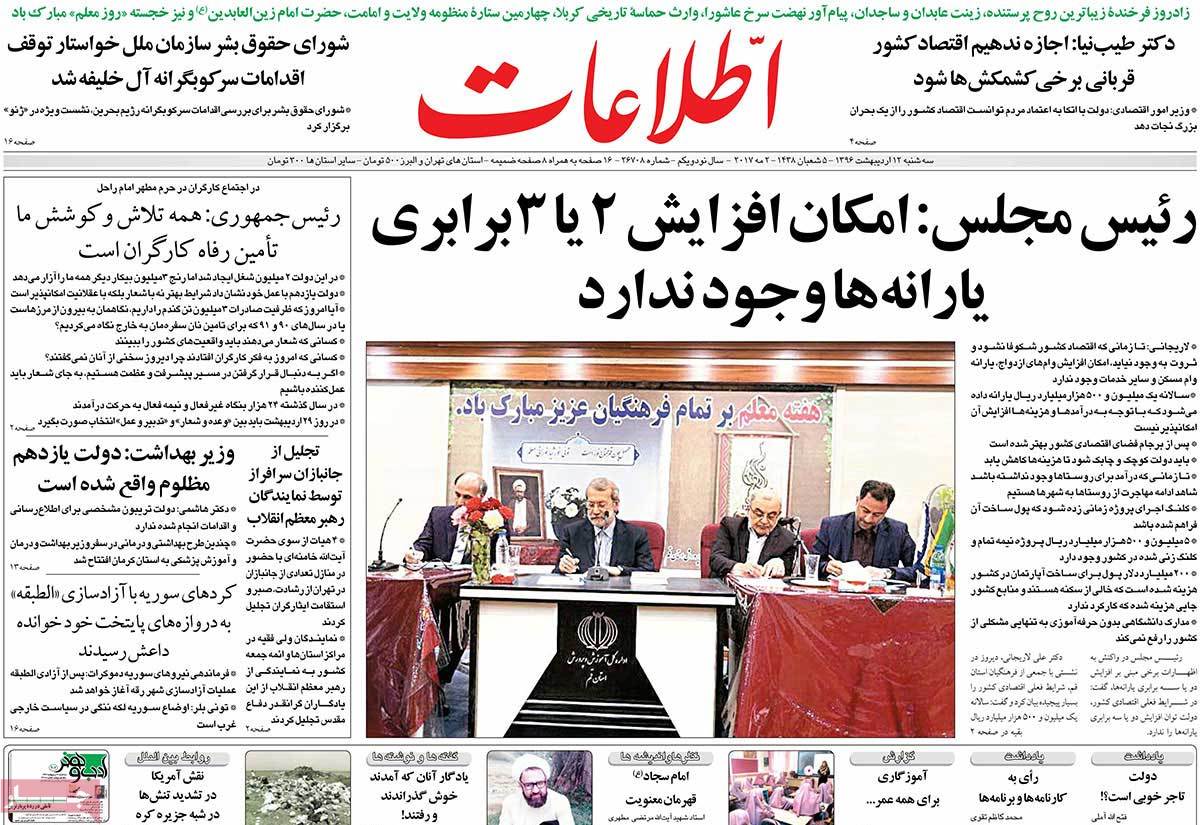 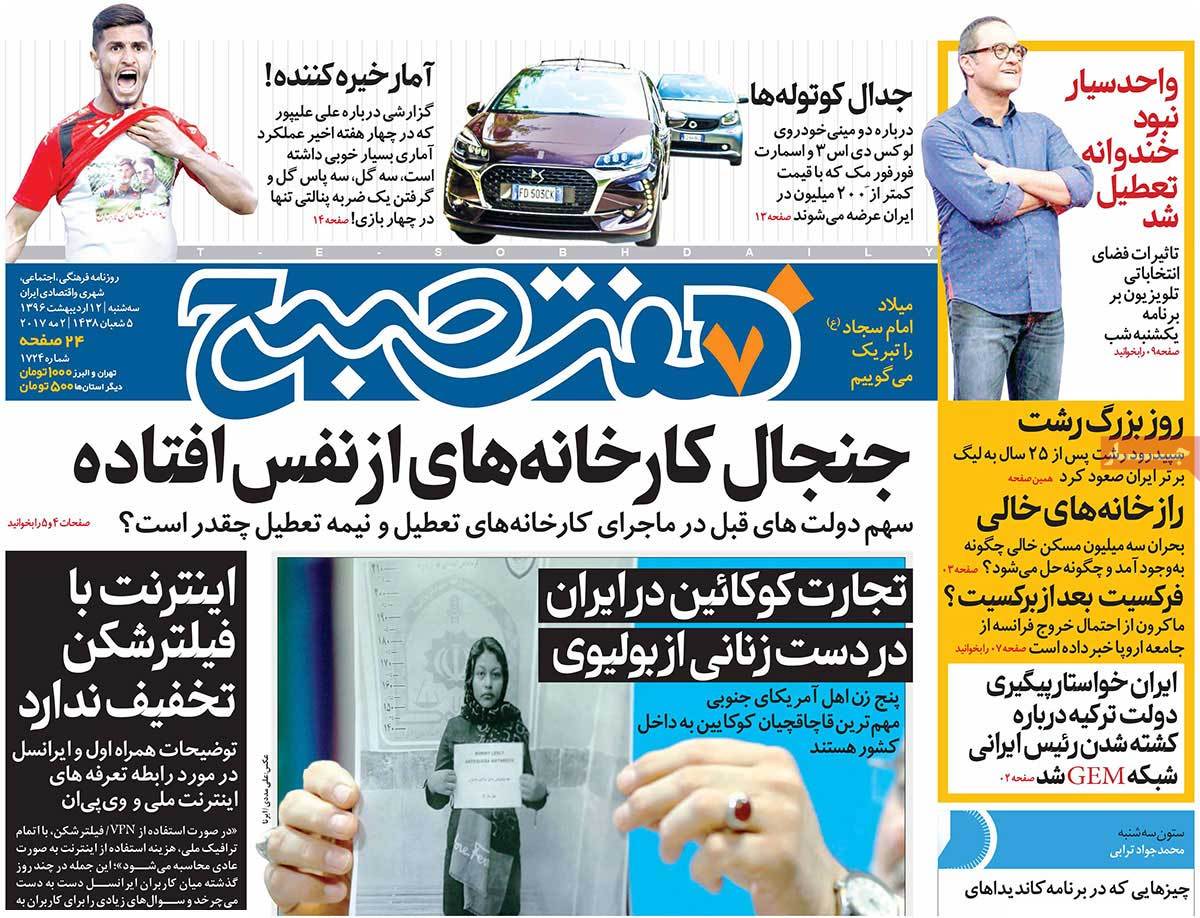 1- Judiciary Chief: Iran to Respond to Attack on Border Guards

3- Diplomacy Does Not Work in Fight against Terror: Iranian Spokesman 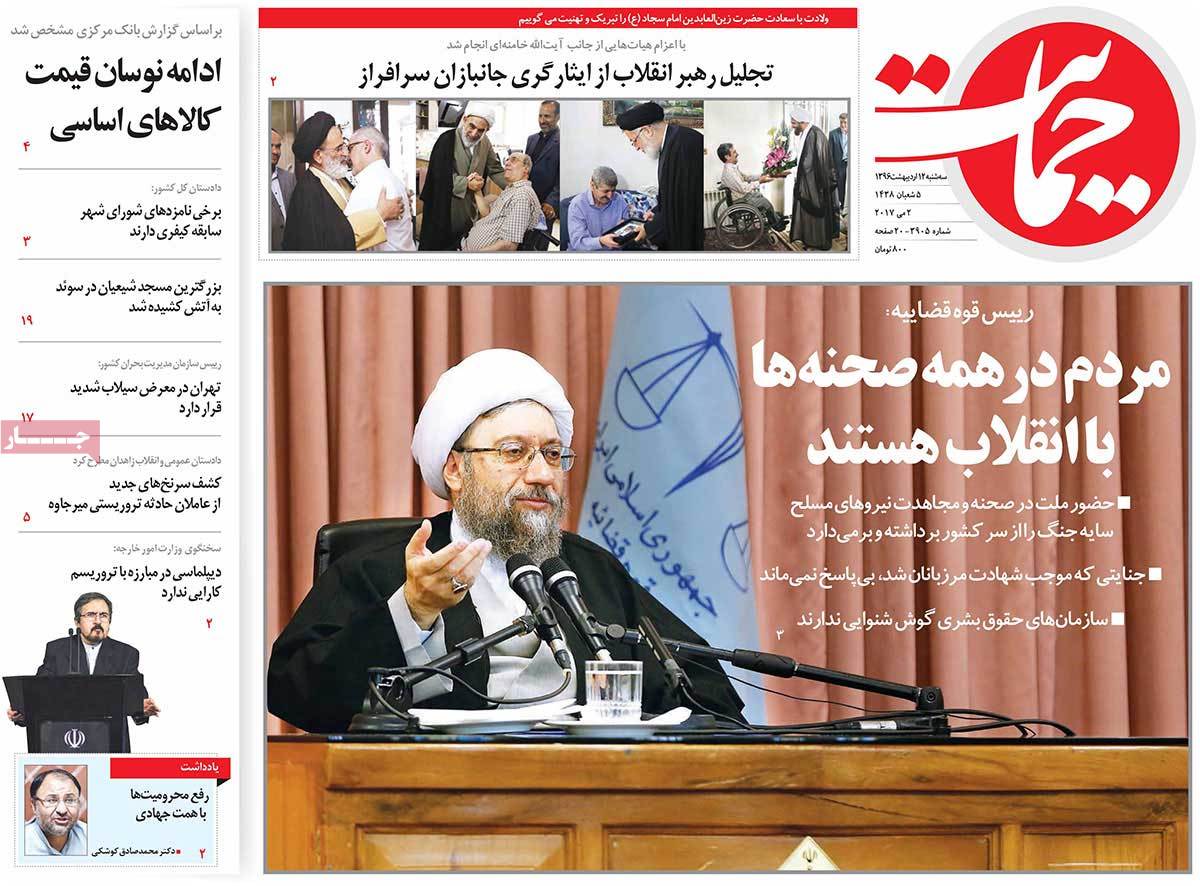 2- President: We’ll Take Back a Bill on Labour Law Protested by Workers 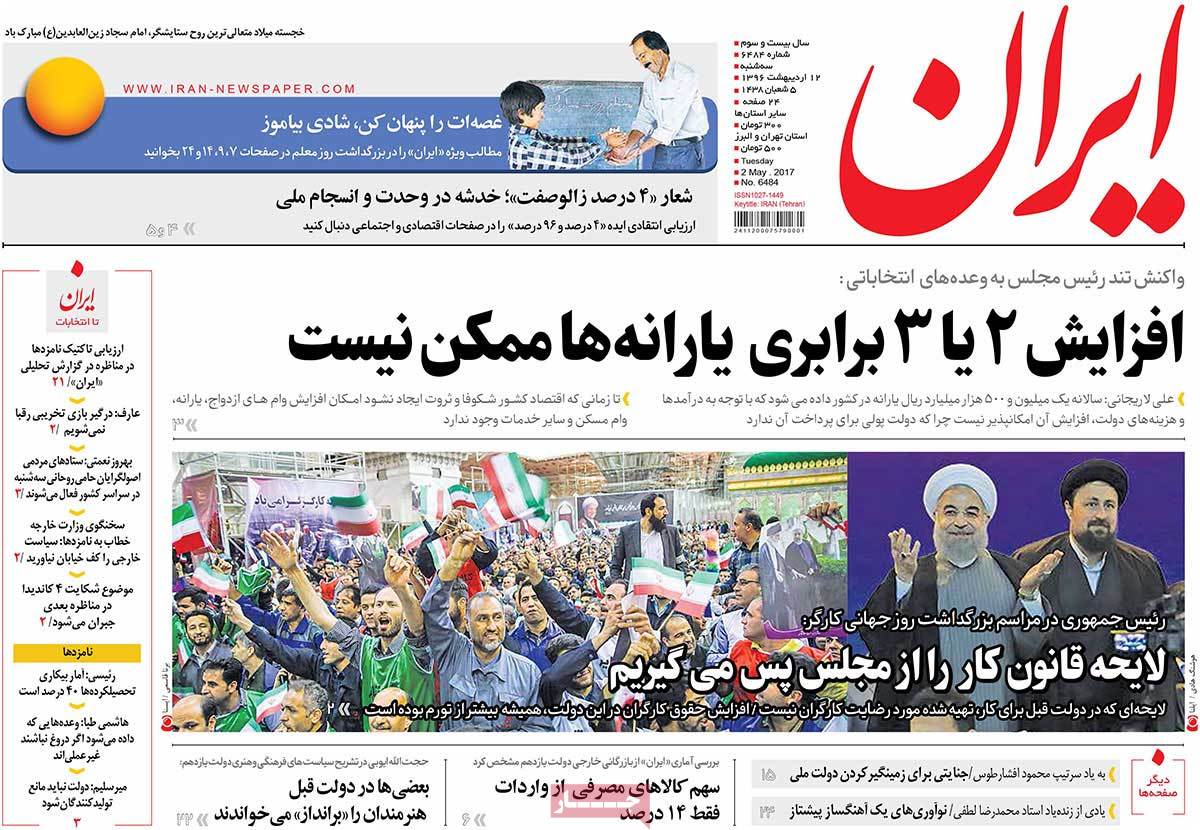 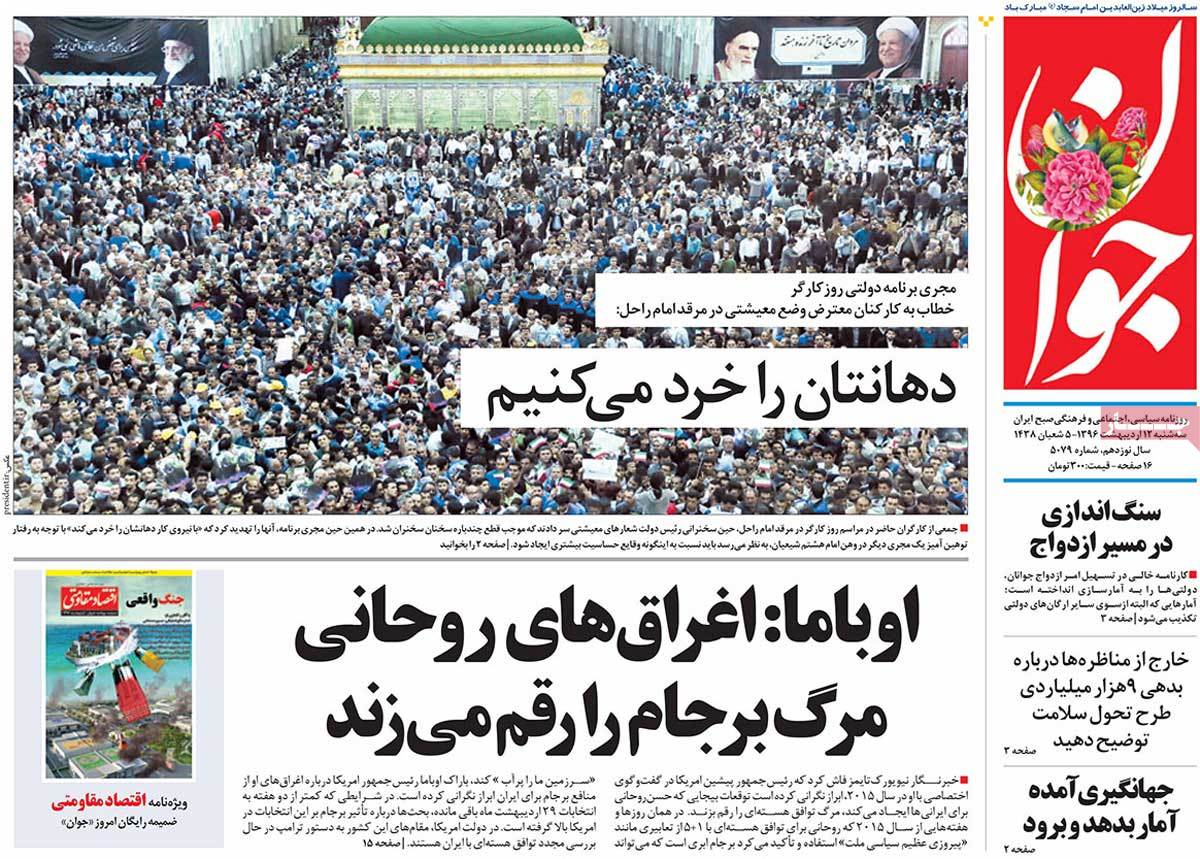 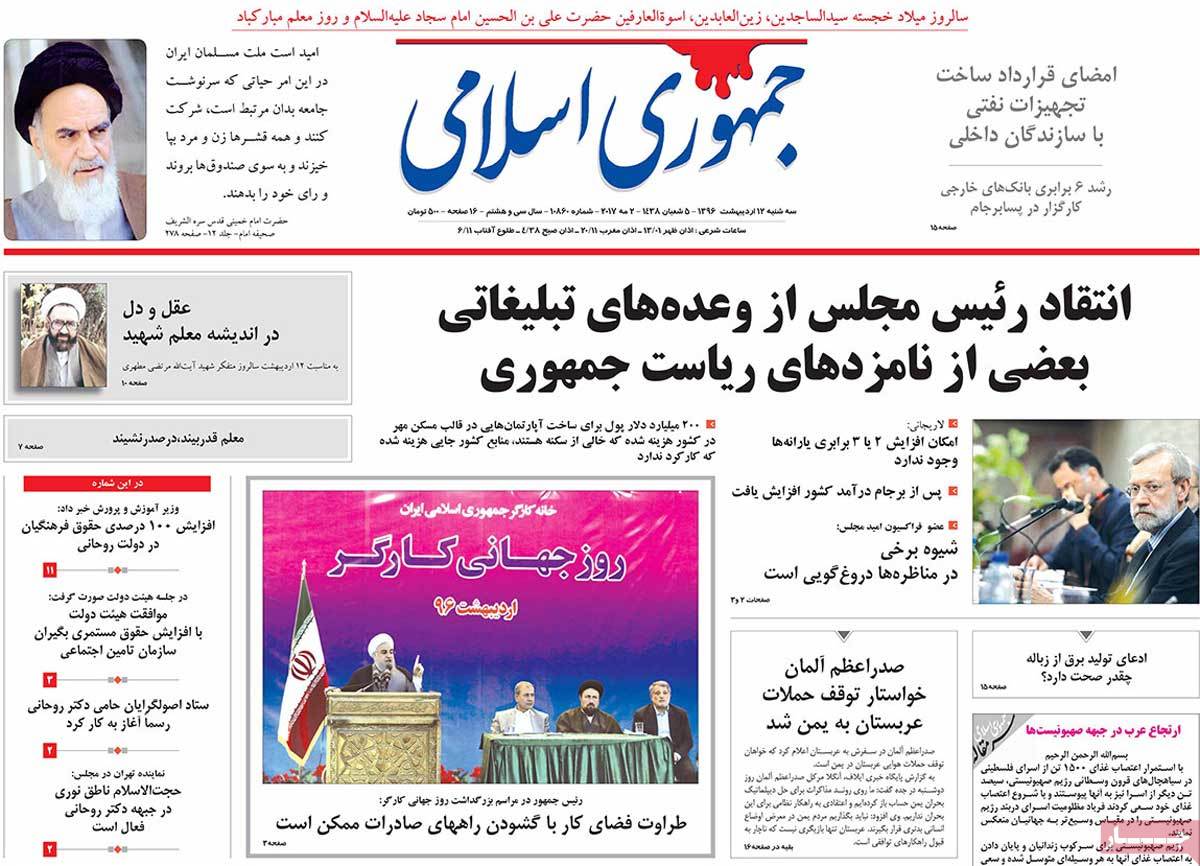 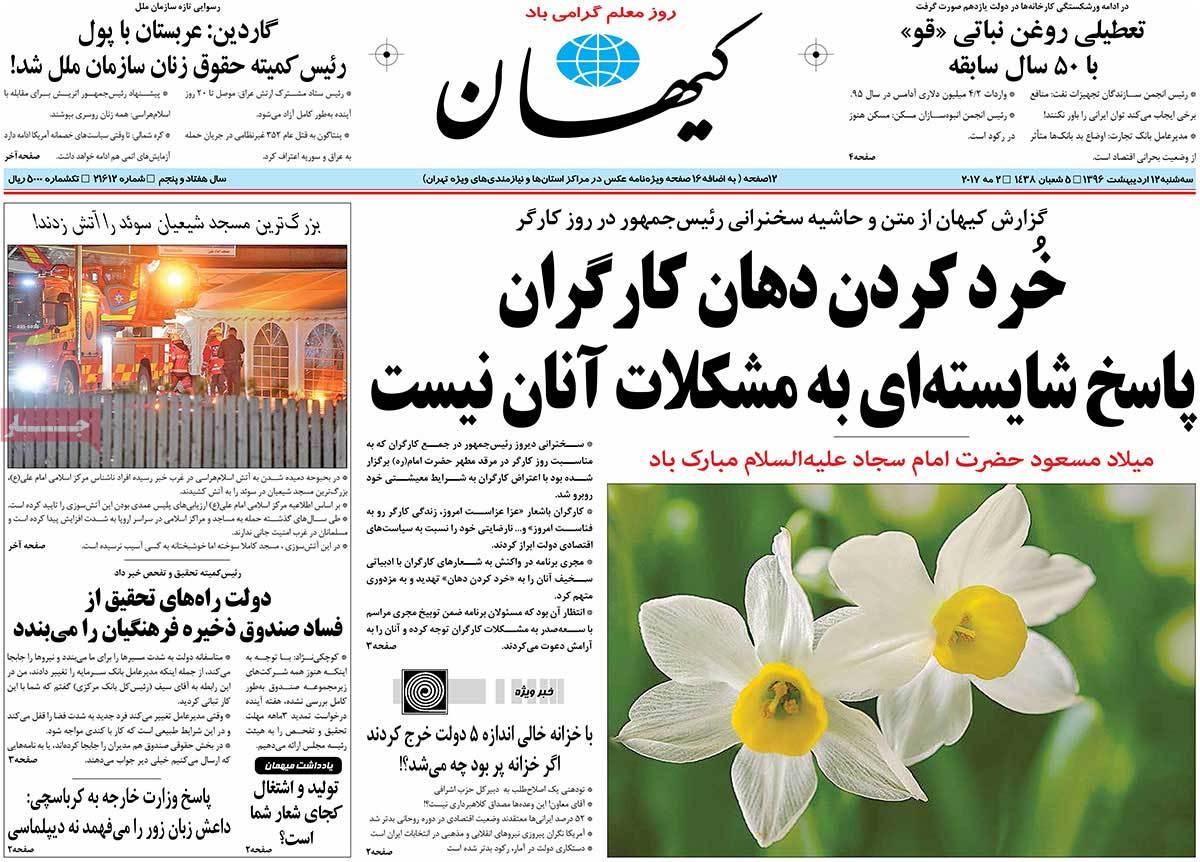 1- Rouhani: Pains of 3m Workers Disturbing All of Us

2- Qalibaf Criticizes Officials for Labelling a Report on Unemployment Confidential 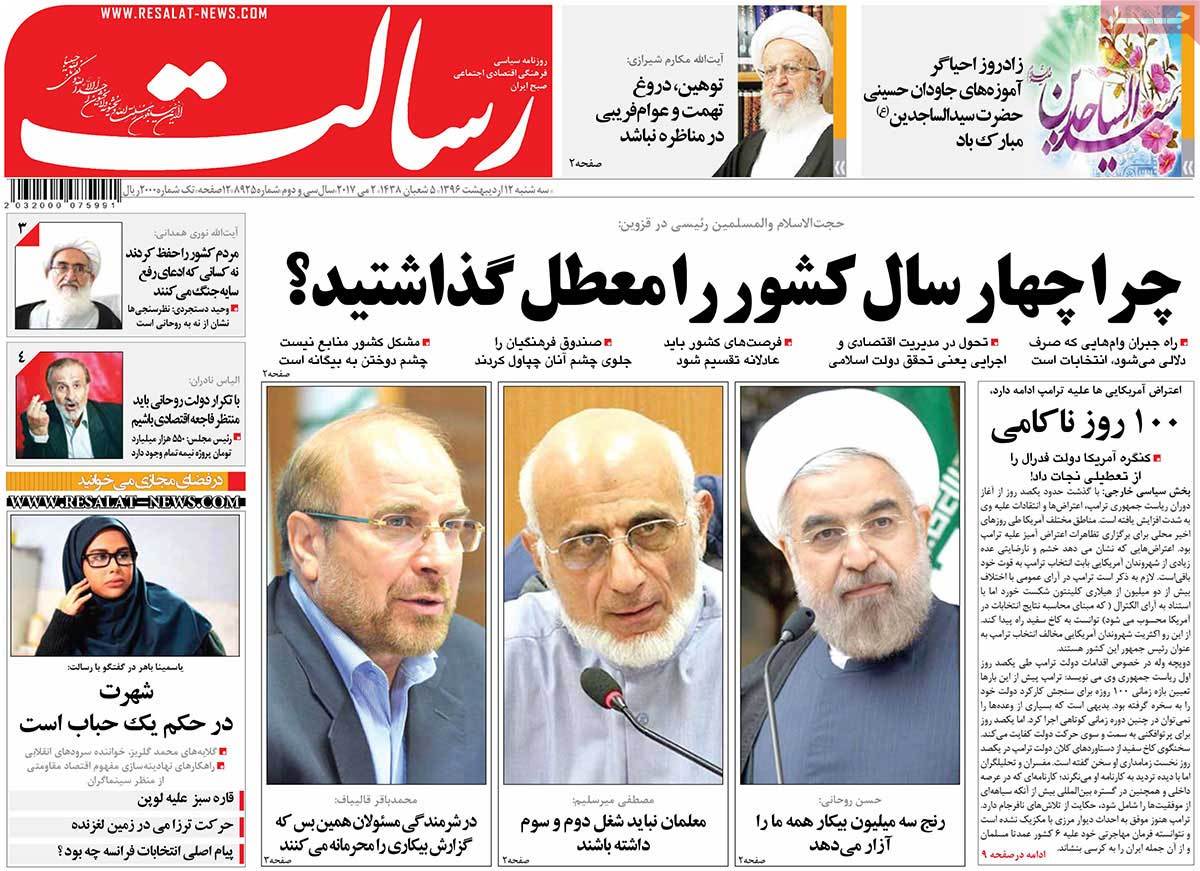 1- Steinmeier: Democracy in Europe in Danger 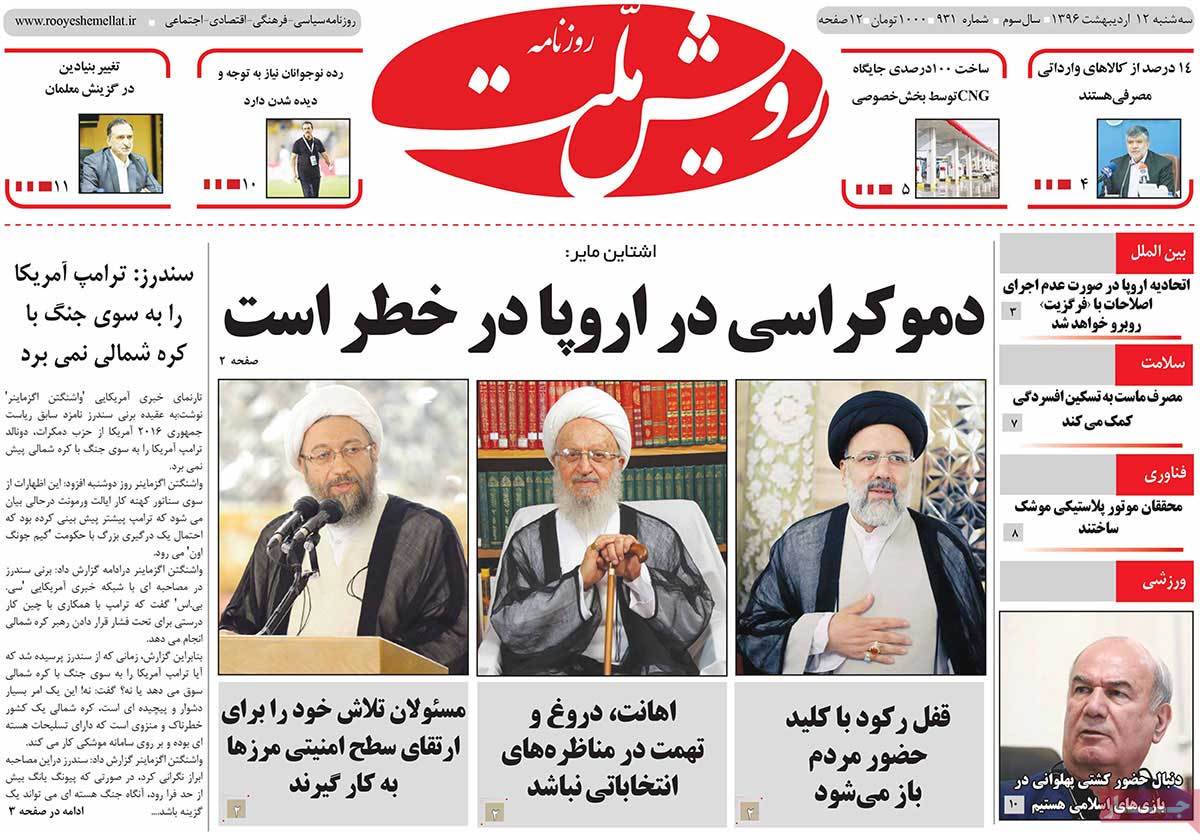 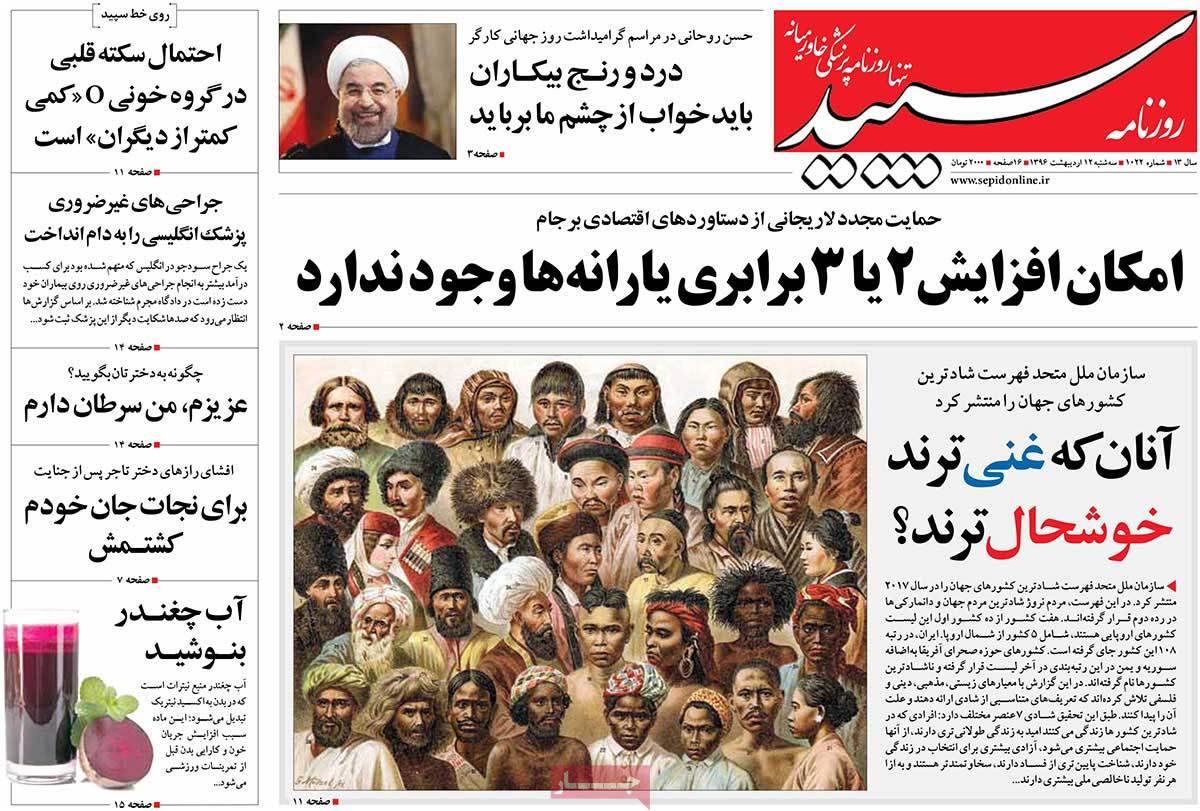 2- Rouhani: We’ll Remain Committed to Nuclear Deal as Long as Other Parties Do 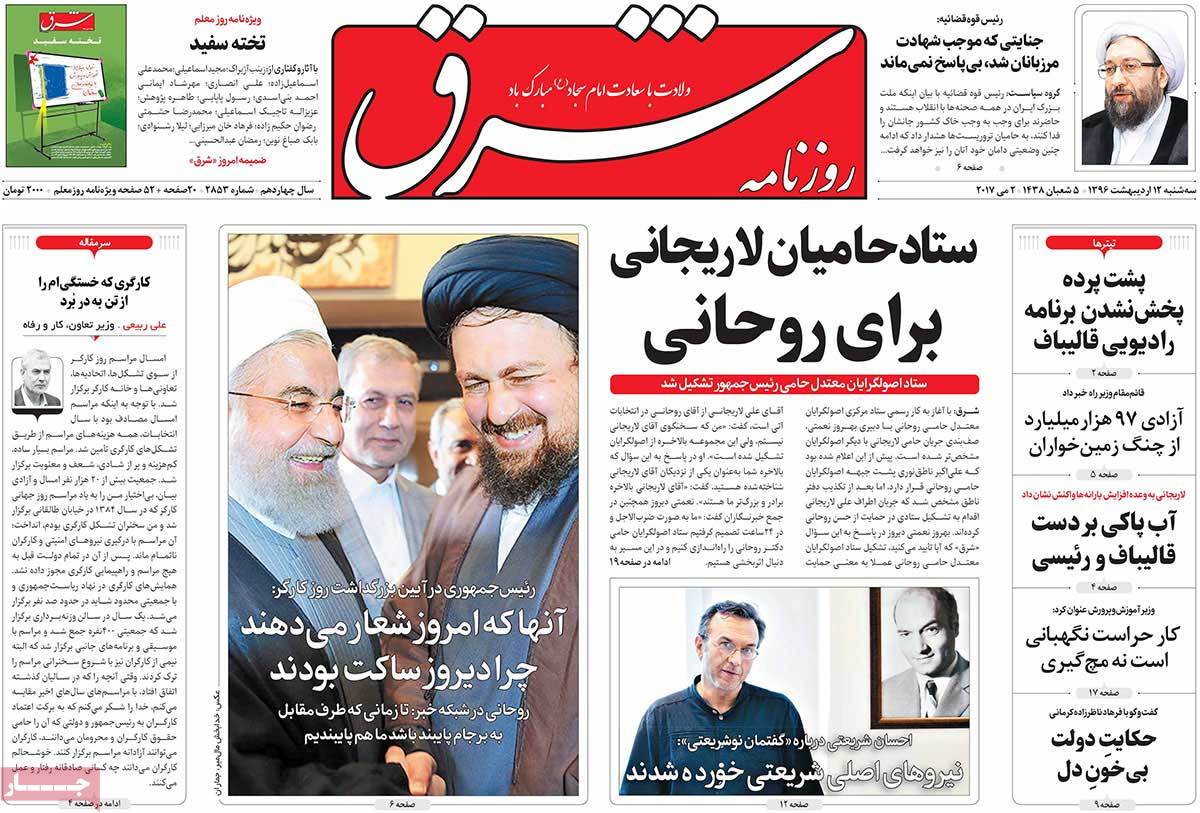 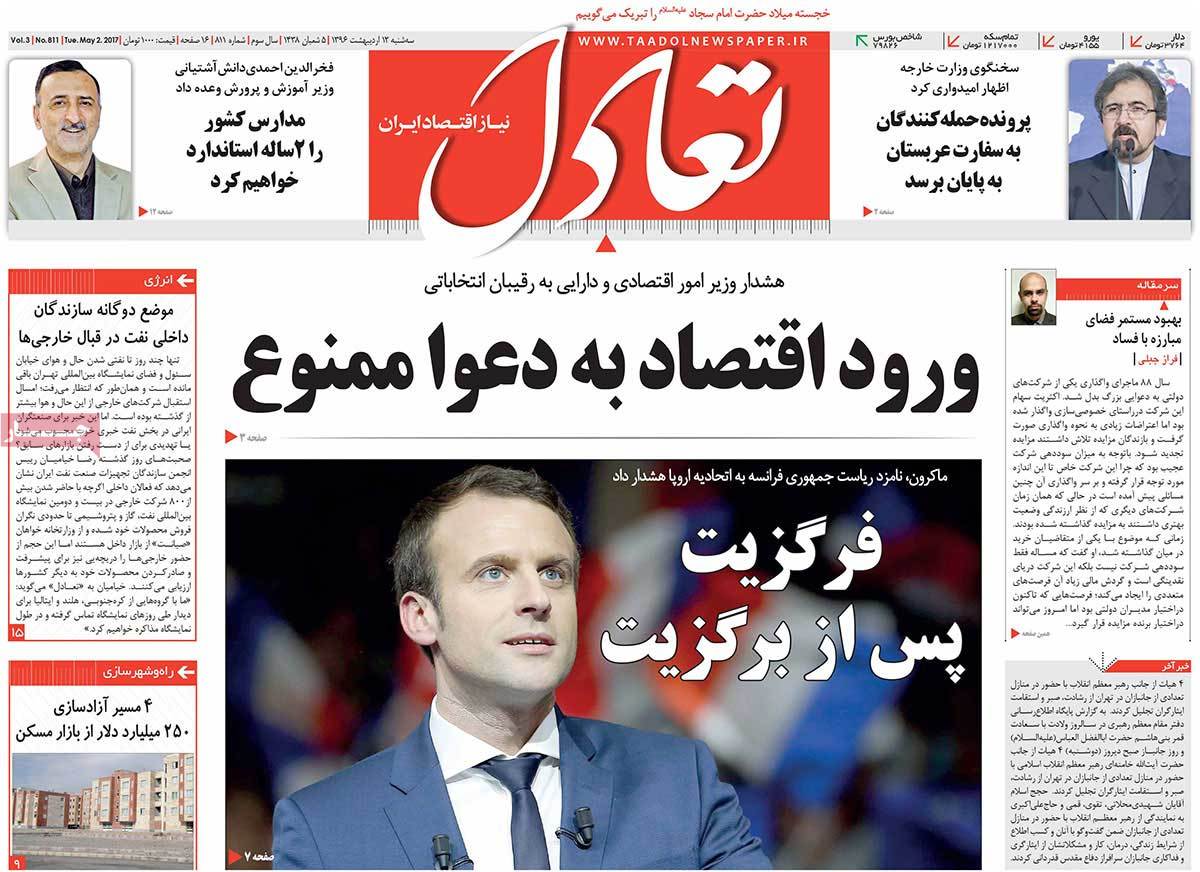 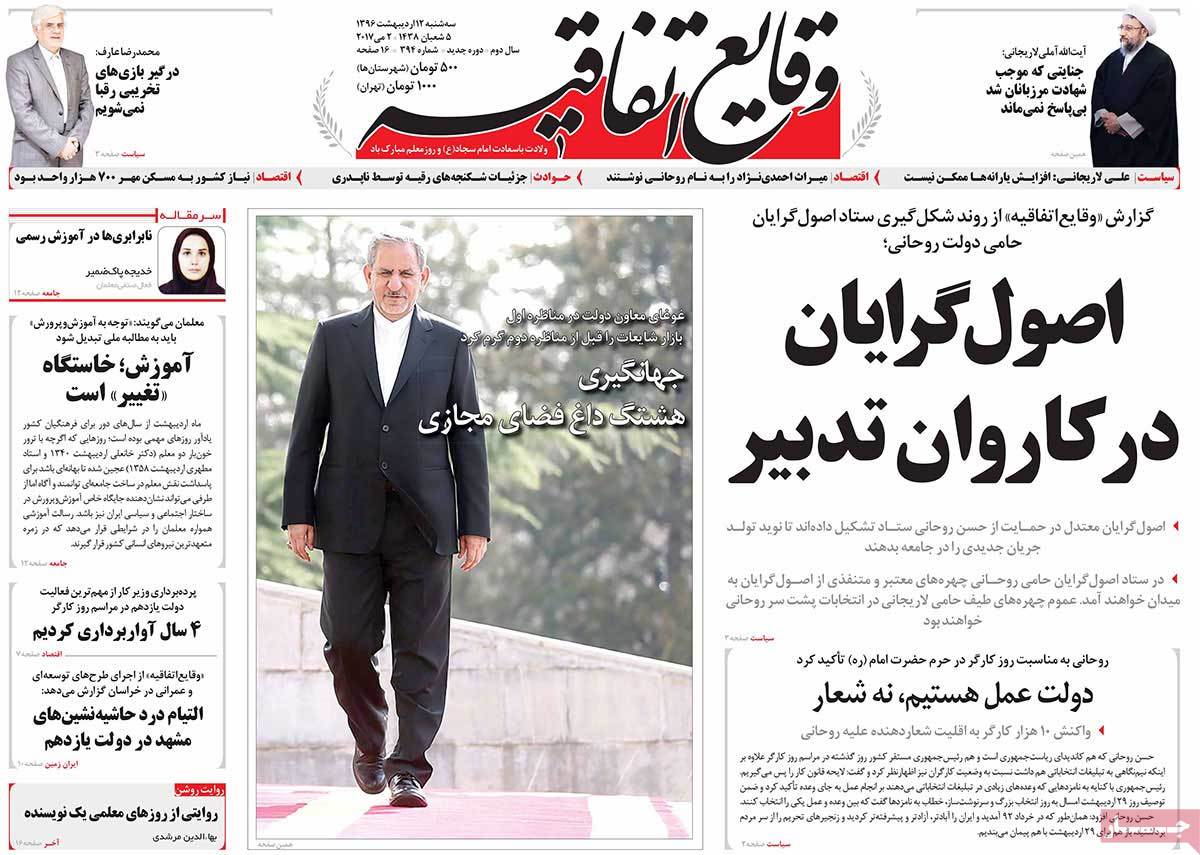