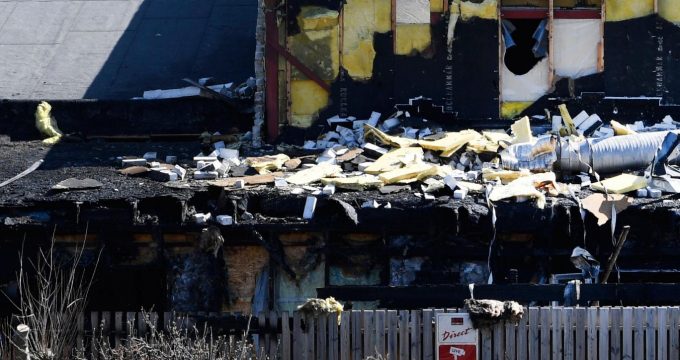 Sweden’s largest Shia mosque has been partially destroyed by fire in what police are treating as an arson attack.

Police spokesman Lars Bystrom said the fire, in the Stockholm suburb of Jakobsberg, appeared to have been “lit from the outside”.

No one was injured in the blaze at the Imam Ali Islamic Centre on Sunday evening, which caused major damage to the facade.

Photos showed the charred-exterior of the warehouse building.

The mosque hosted around 500 people at a celebration earlier in the evening but there were only a handful of people inside at the time the fire broke out.

A police statement said forensic tests were being carried out.

Mosque spokesman Akil Zahiri told Swedish media he was “very troubled” by the suspected attack as the mosque “felt like another home”.

“This is the largest Shia mosque in Sweden, with thousands of members, and there are already dozens of members here on the spot right now,” he said.

“They are very worried. I feel terrified, stressed and sad.” 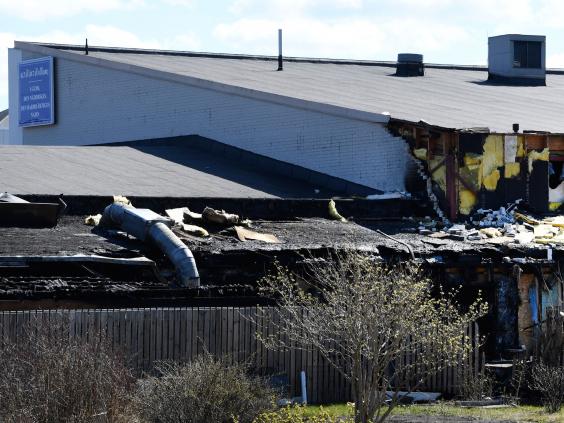 s migrants have arrived in Sweden, there have been increasing xenophobic attacks, including 112 fires last year at refugee reception centres, most of them arson.

An Uzbek whose asylum request was rejected is being held as the main suspect.

However, Isis has also targeted Shia sites in several countries. Last year the group claimed responsibility for a fire at a small Shia mosque in Malmo in southern Sweden.

Last December, a 16-year-old boy was charged with arson after a fire caused £6m worth of damage at a mosque in south London which describes itself as the largest in western Europe.

Seventy fire-fighters tackled the blaze in September 2015 at the Baitul Futuh Mosque in Morden.