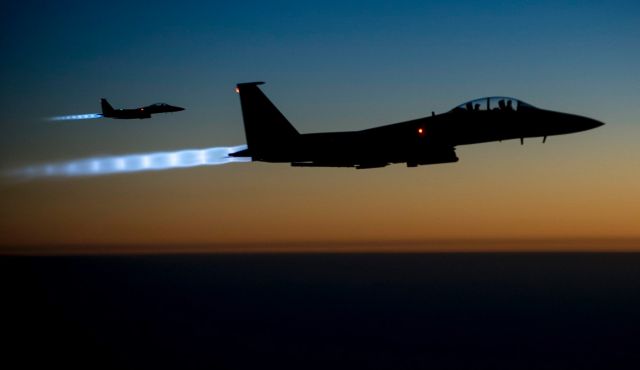 Sputnik News– According to a statement provided by the Combined Joint Task Force, 352 civilians have died as a result of the US-led coalition airstrikes since 2014.

The activities of the US-led anti-terrorism coalition in Syria have resulted in 352 deaths of civilians since the start of the operation in 2014, the Combined Joint Task Force – Operation Inherent Resolve (CJTF-OIR) said in a Sunday statement.

“To date, based on information available, CJTF-OIR assesses that, it is more likely than not, at least 352 civilians have been unintentionally killed by Coalition strikes since the start of Operation Inherent Resolve,” the statement said.

According to the statement, the US-led coalition expressed regret over the unintentional civilian casualties.

The US-led coalition of 68 nations has has been carrying out airstrikes, ground-based and rocket-propelled artillery fire against Daesh in Iraq and Syria since 2014.

The strikes in Iraq are conducted in support of the Iraqi government, but those in Syria are not authorized by the UN Security Council or the government of President Bashar Assad.