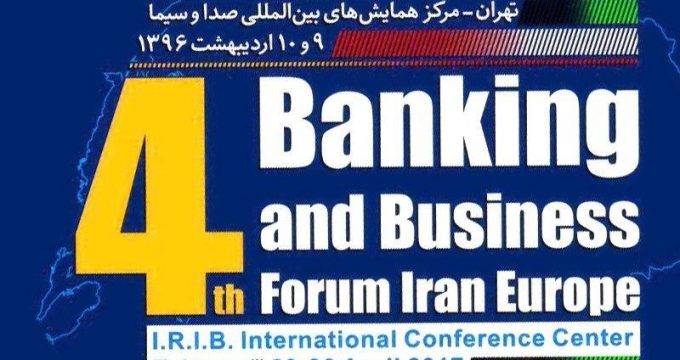 April 24, The Iran Project – Head of International Forum of Frankfurt bankers stresses the need to strengthen the cooperation of Iranian banks in Europe, saying Iran-Europe banking and business conference is the most important platform for European and Iranian banks and companies.

Speaking about the fourth Iran-Europe banking and business conference in Tehran, Nader Maleki primarily referred to the first business meeting of Iran and Europe ( November 2015)banking ties as a successful event where ideas offered on how to relate Germany, Iran and Europe, how to finance commercial projects, and how to find commercial partners and create joint ventures.

The first forum was held when the international sanctions against Iran were being removed so many banks representatives, businessmen, academics and politicians eagerly followed the latest achievements of Iran, Maleki added.

Head of International Forum of Frankfurt bankers stated that the second forum was held immediately after the removal of sanctions where Germany and Europe were keen to establish ties with Iran.

Despite the lifting of sanctions, European banks still fear establishing ties with Iran because of the attitude of US regulators and banks towards pursuing business with the Islamic Republic, he noted.

Nevertheless, European banks, hoping that US will completely remove sanctions against Iran, are still seeking to establish business ties with Iran.

Also, Ali Divandari, head of Iran’s Monetary and Banking Research Institute pointed to the useful outcome of three previous forums, saying the Fourth Iran-Europe Banking and Business Forum is to focus on investment opportunities in Iran and banking system improvements in the post-sanctions era.

Tehran is to host the Iran-Europe Banking and Business Forum, organized by the Monetary and Banking Research Institute with representatives from 35 European banks, companies and financial institutes, on April 29-30.