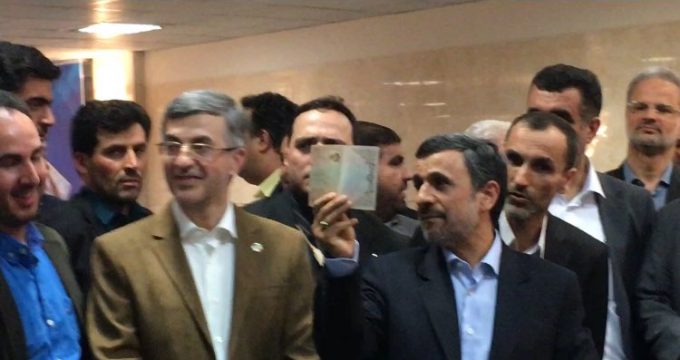 AFP- Iran’s former hardline president Mahmoud Ahmadinejad today said that he won’t endorse other candidates in next month’s election, after he and his deputy were barred from running.

“We clearly announce that we have not and will not support any candidate in the upcoming elections,” he said in a letter, signed by himself and his former deputy and presidential hopeful Hamid Baghaie.

Both were barred from running on Thursday by the conservative-dominated Guardian Council, which vets candidates for public elections.

Ahmadinejad’s candidacy came against the advice of supreme leader Ayatollah Ali Khamenei who said it would “polarise” the nation.

But the council’s spokesman today said his disqualification was not related to the leader’s advice.

He is still popular among the poor sections of the society, who were fond of his populist policies such as distributing monthly cash handouts.

(This story has not been edited by Business Standard staff and is auto-generated from a syndicated feed.)