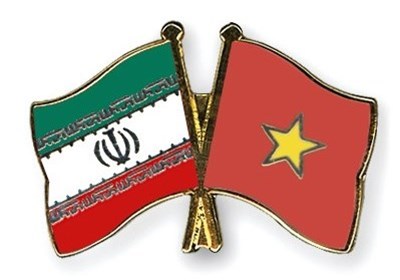 The Vietnamese senior official made the remarks at a joint meeting with Head of Iran Chamber of Commerce, Industries, Mines and Agriculture (ICCIMA) Gholamhossein Shafei who was visiting Hanoi leading a trade delegation.

He appreciated Shafei’s efforts in preparing grounds for commercial meetings between the two countries; “oil, agriculture, fisheries and telecommunications are among proper venues for expansion of cooperation between Tehran and Hanoi.”

The Vietnamese president criticized the low volume of trade turnover between the two sides recalling that, during President Rouhani’s visit to Hanoi, the figure was agreed to reach two billion dollars in the years to come.

“The government of Vietnam will offer necessary facilities for investment of Vietnamese businessmen in Iran,” highlighted Đại Quang inviting Iranian investors to launch partnership in his country’s projects.

He described the 90-million population of Vietnam as an excellent market for Iranian merchants and promised that his country would mark a gateway for Iranian goods to the 600-million market of the Association of Southeast Asian Nations (ASEAN).

Later at the meeting, ICCIMA Head Gholamhossein Shafei, referred to the intimacy between Iranian and Vietnamese people adding “one strategic policy of the Iranian government is to develop economic cooperation with the East.”

He touched upon the meetings between presidents of the two countries in Hanoi and Tehran asserting “the joint meetings have increased the volume of bilateral trade turnover by 22 percent as Vietnam is now placed among top 20 trade partners of Iran.”

“Existing economic potential indicate that the targeted turnover of two billion dollars is easily attainable,” underscored the official noting that, while Vietnam could pave the path for Iran to enter the ASEAN market, Iran could also provide Vietnam with easy access to the 400-million market in Central Asia, Caucasus, Afghanistan and Iraq.

He expressed hope that, as agreed before, a joint Chamber of Commerce will be established in Hanoi and Tehran within three months.

Shafei also pointed to the visit to Hanoi of five Iranian MPs explaining that their presence denotes the special position of Vietnam for Iran. At the end of his remarks, the official said Iran was waiting for proper response of Vietnam to the three major agreements signed previously in trade, agriculture and banking sectors.