A Look at Iranian Newspaper Front Pages on April 19

Iranian newspapers today covered the remarks made by President Hassan Rouhani against the presence of military forces in Iran’s politics, particularly the upcoming elections.

Rouhani made the remarks in a ceremony to display the country’s military achievements. His remarks about these achievement also received great coverage.

Comments by Rouhani’s deputies and ministers about the poor performance of ex-president Mahmoud Ahmadinejad’s administrations were among other top stories. 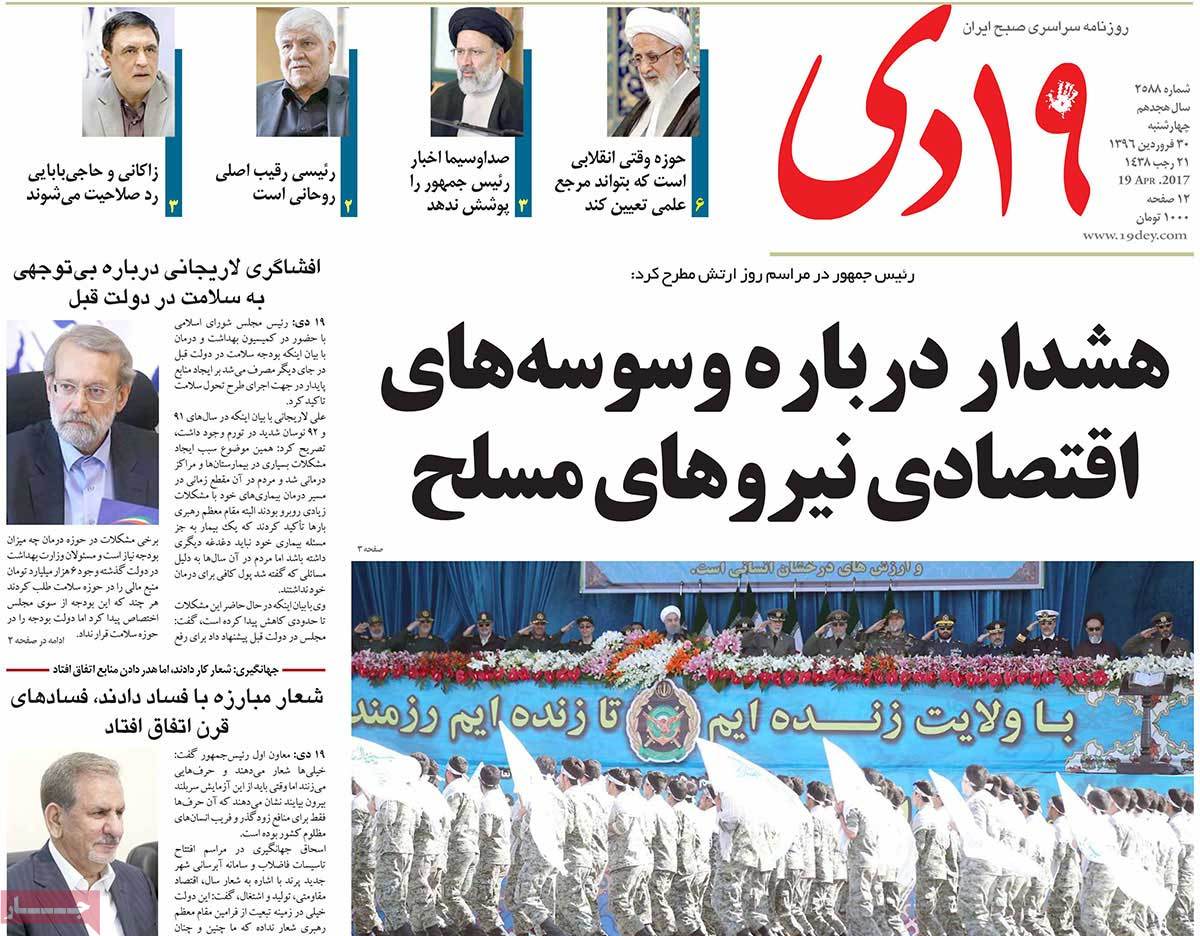 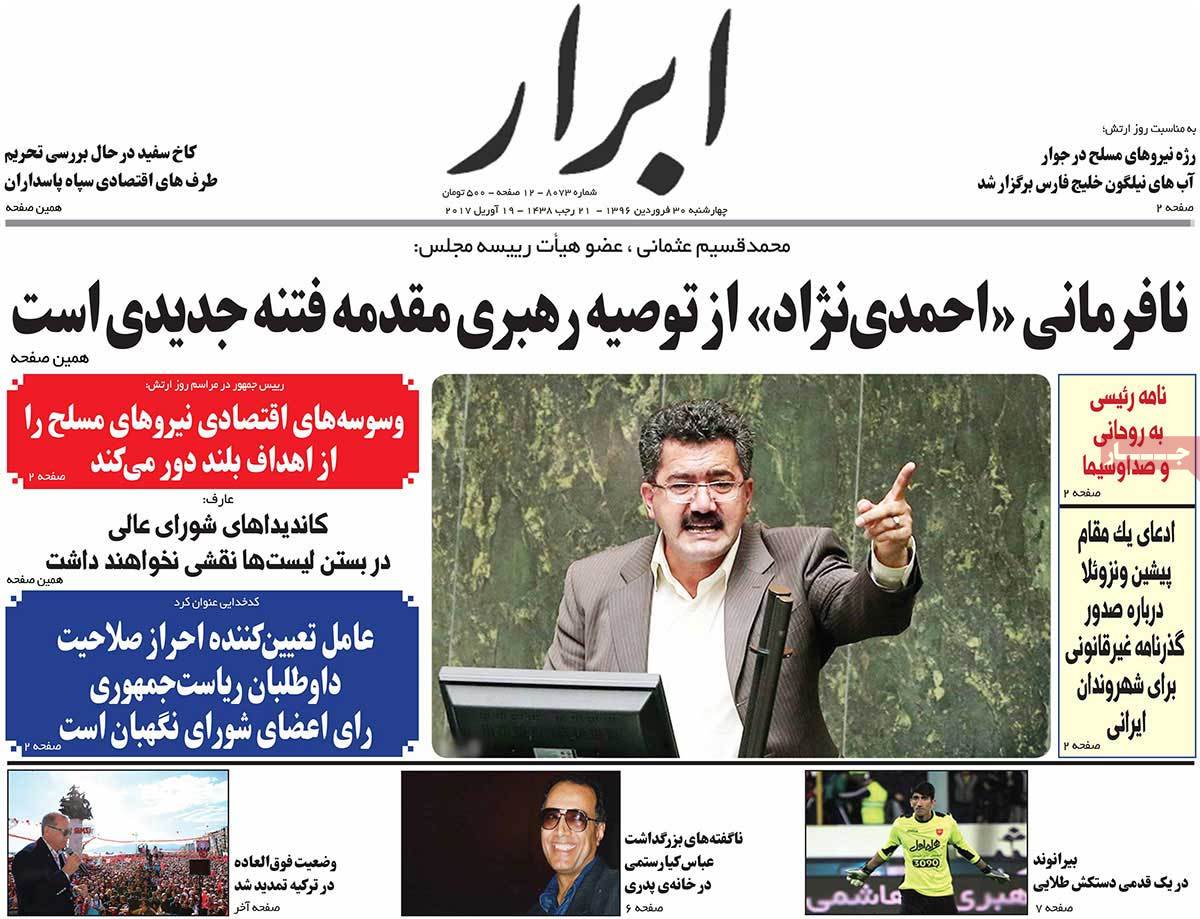 1- Rouhani Urges Armed Forces to Avoid Getting Engaged in Politics

2- VP: I Testify Rouhani Has Been Treated Very Unfairly 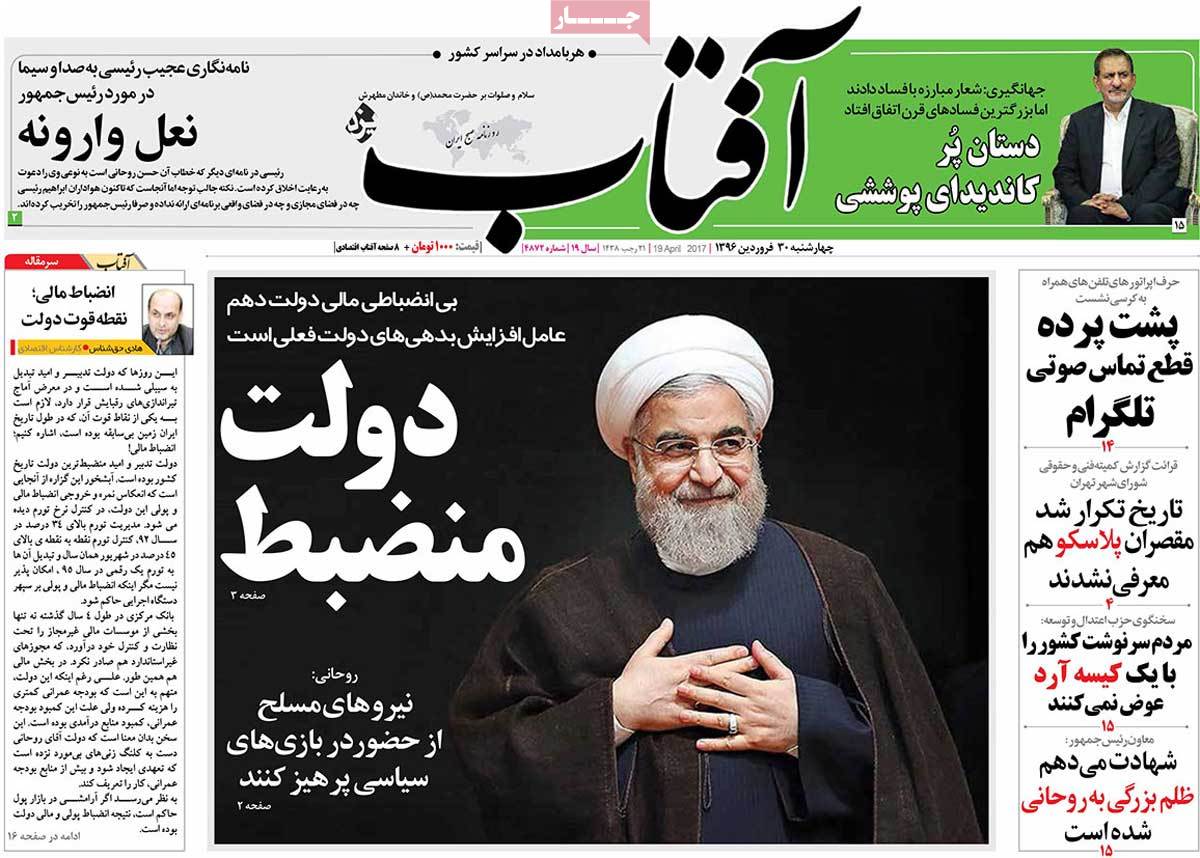 1- Politico: Iranians Living in US to File Lawsuit against Trump 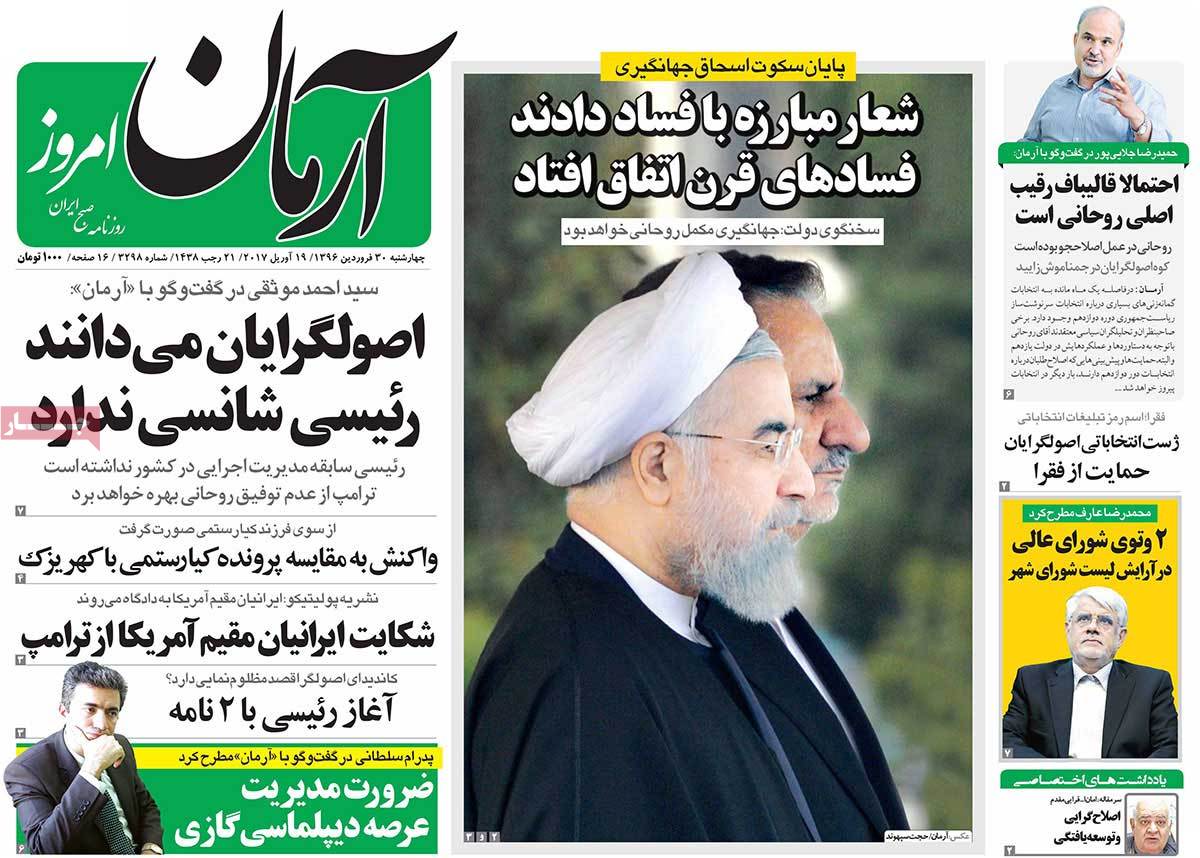 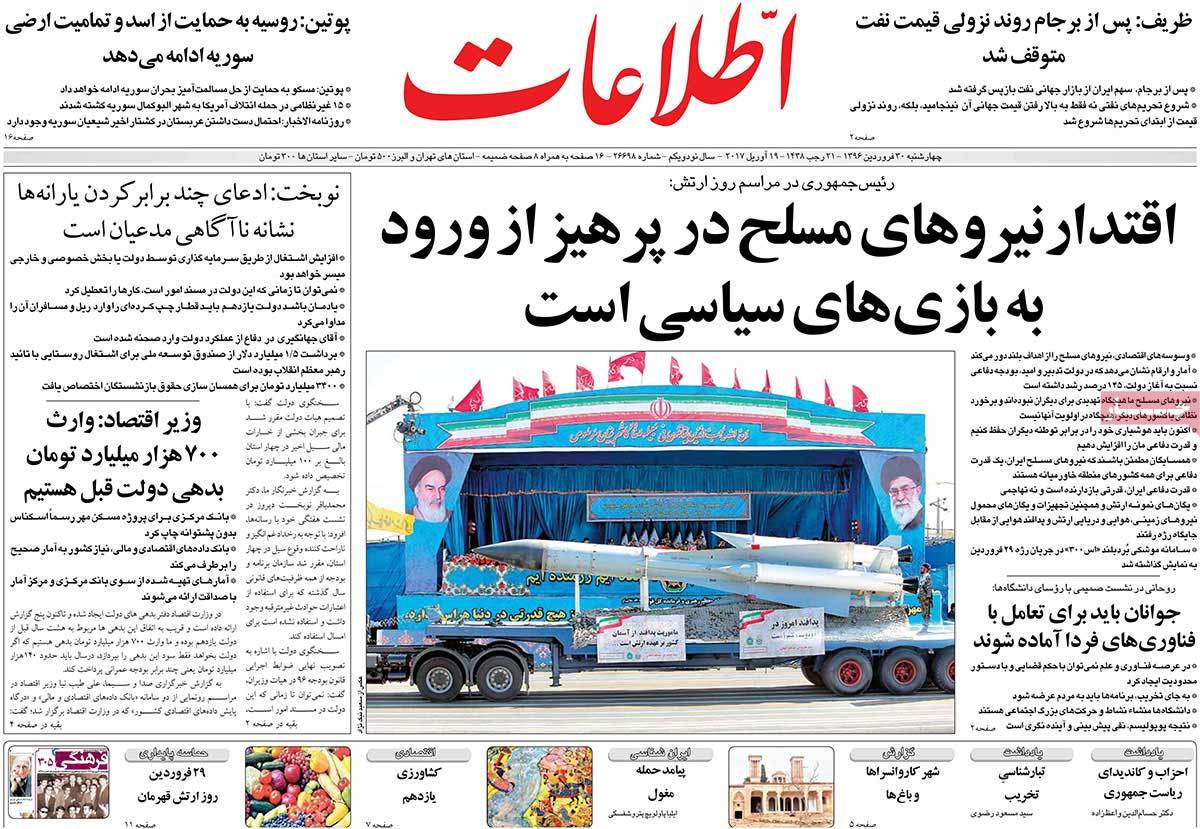 1- Rouhani: Iran’s Defence Budget up by 145% Compared to Beginning of My Term

3- Conservative Supporters of Rouhani to Form HQ for Election: MP Close to Larijani 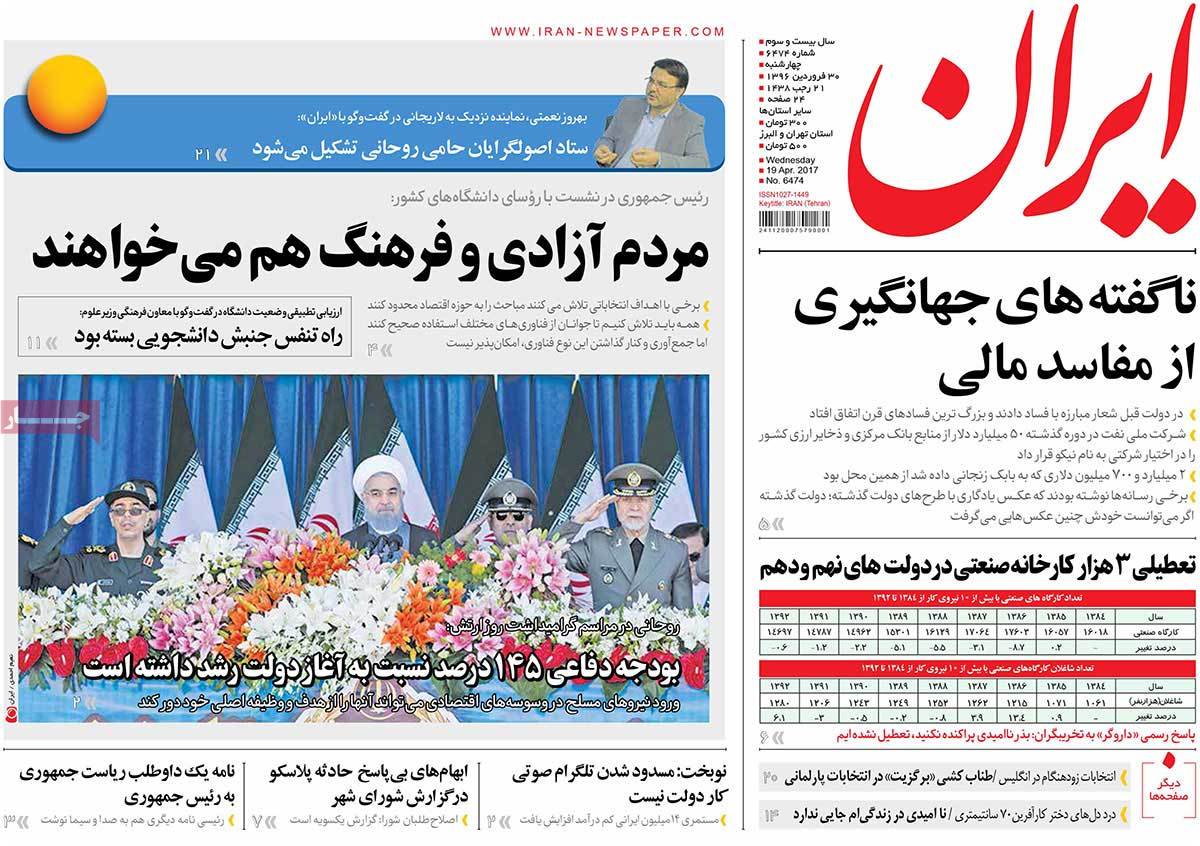 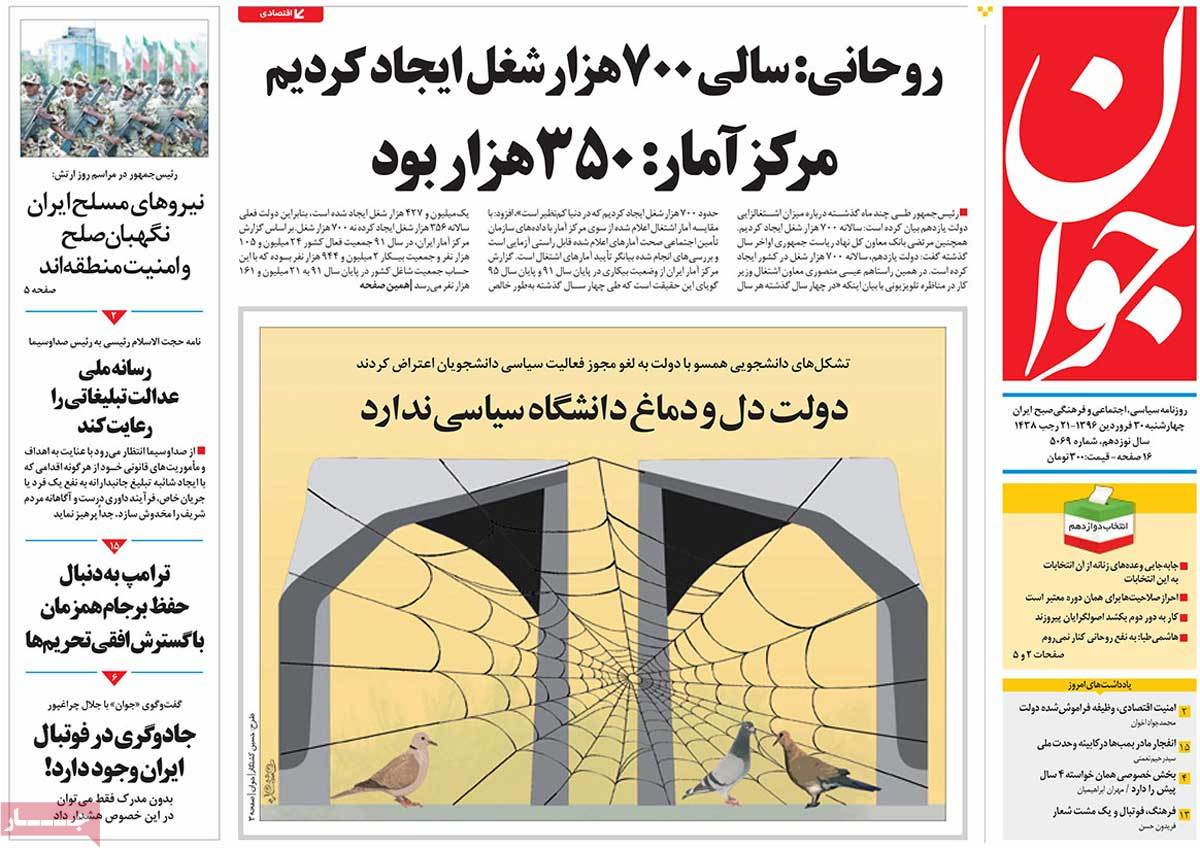 1- President: Government’s Supply of Military Equipment in 3 Years Equal to that of Past 10 Years 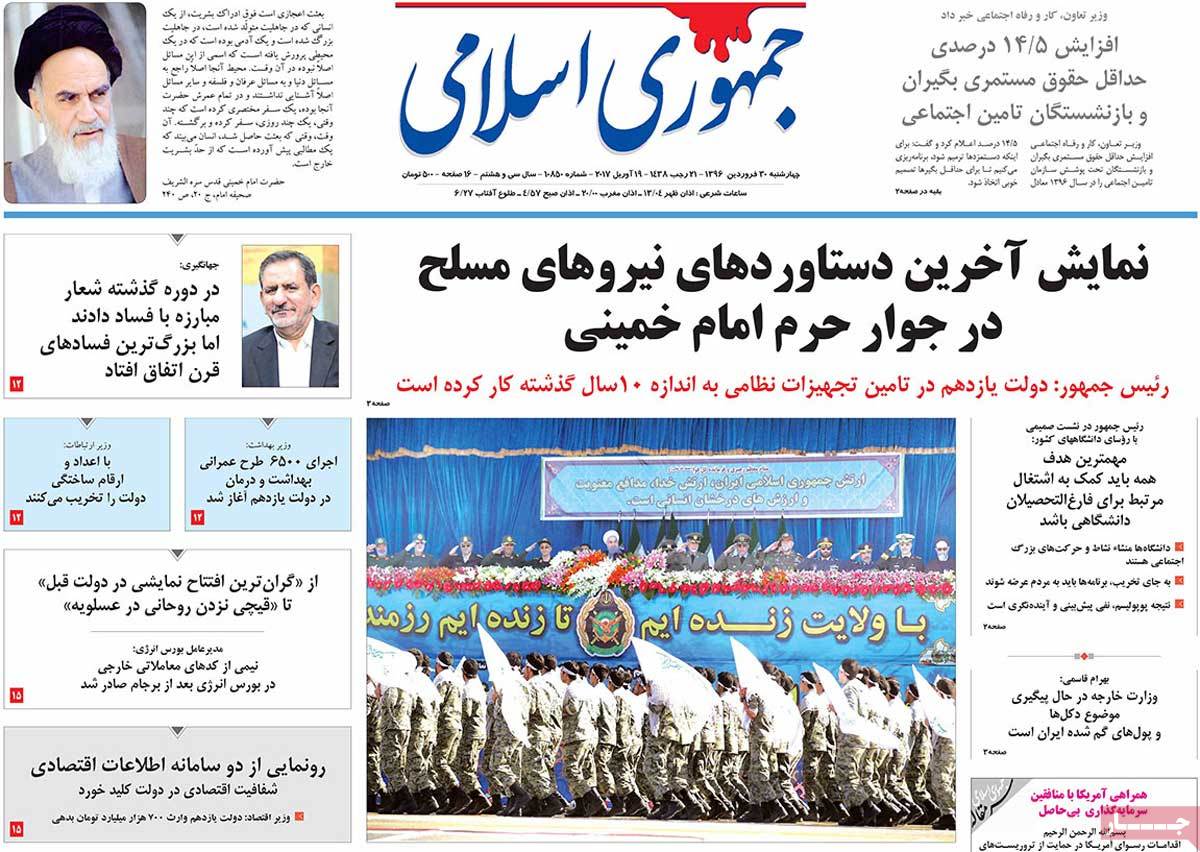 2- Pyongyang in Reaction to US Military Threats: We’ll Test Missiles Every Week 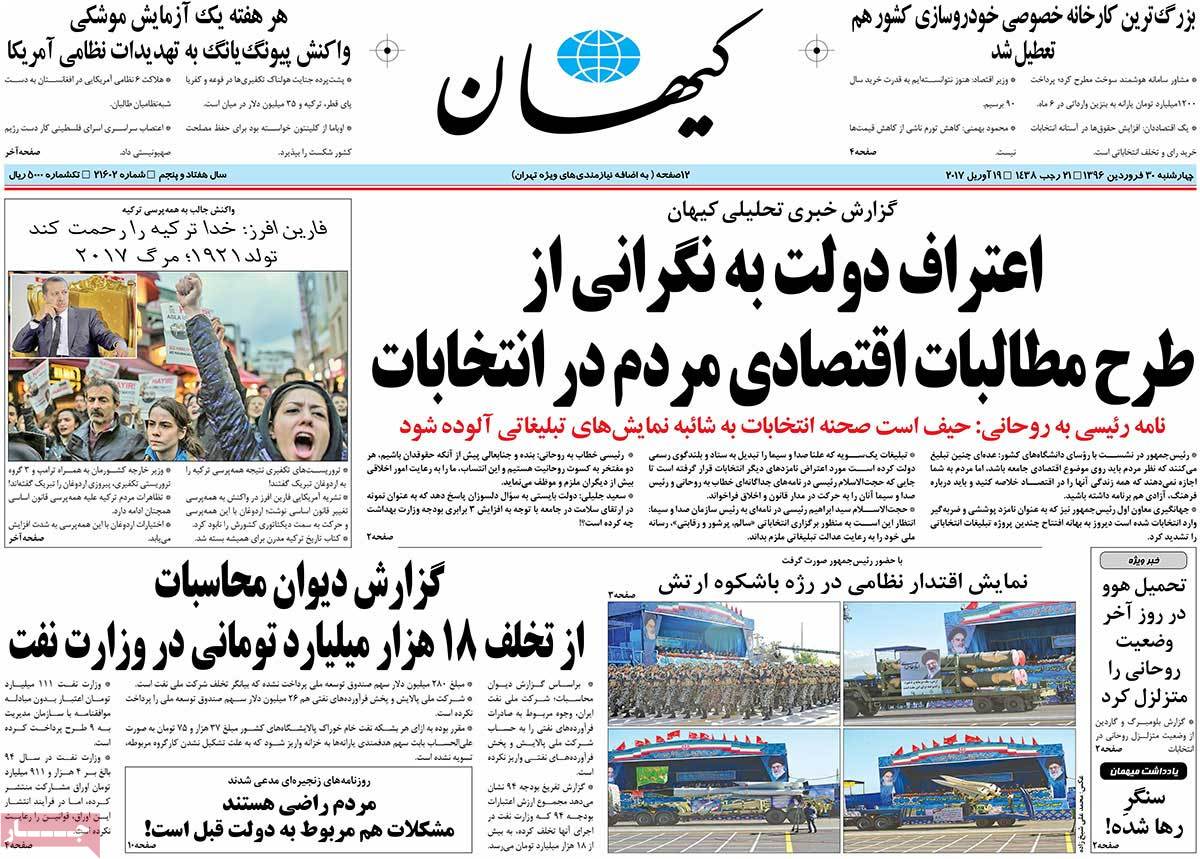 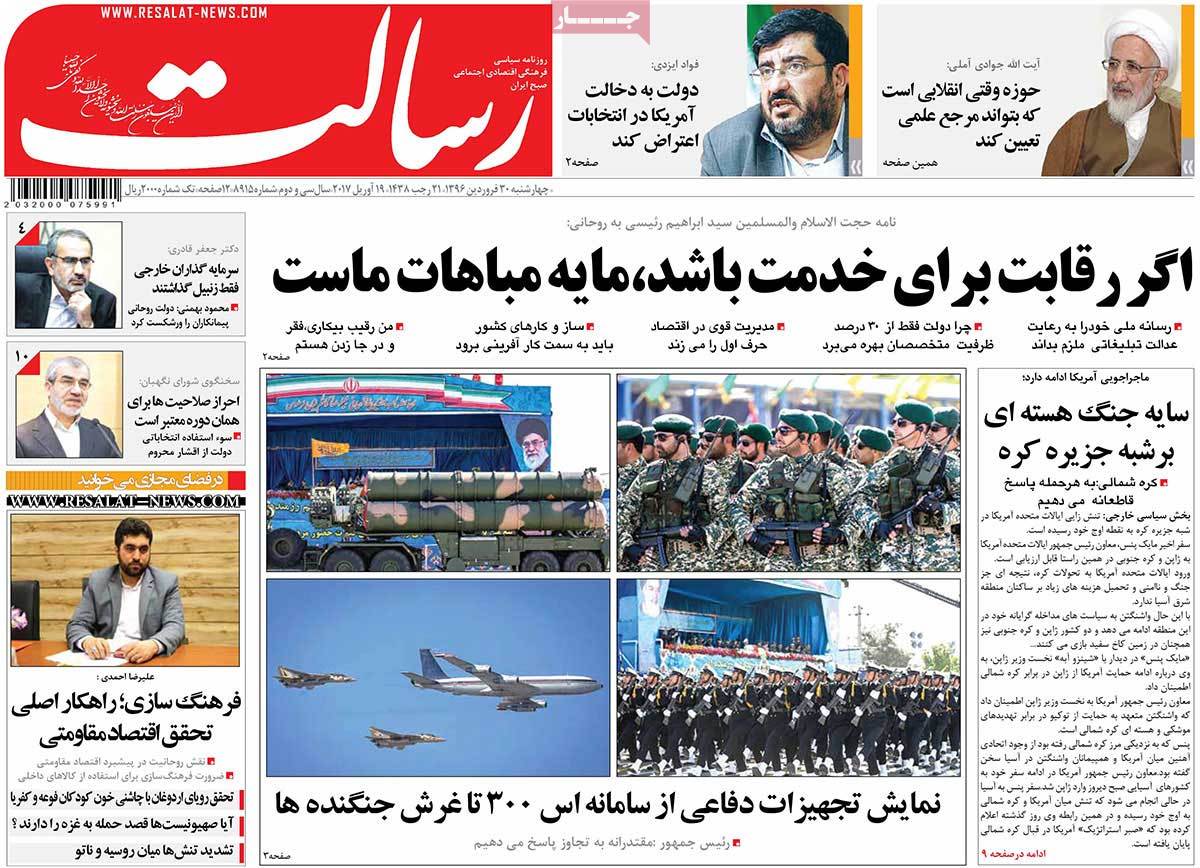 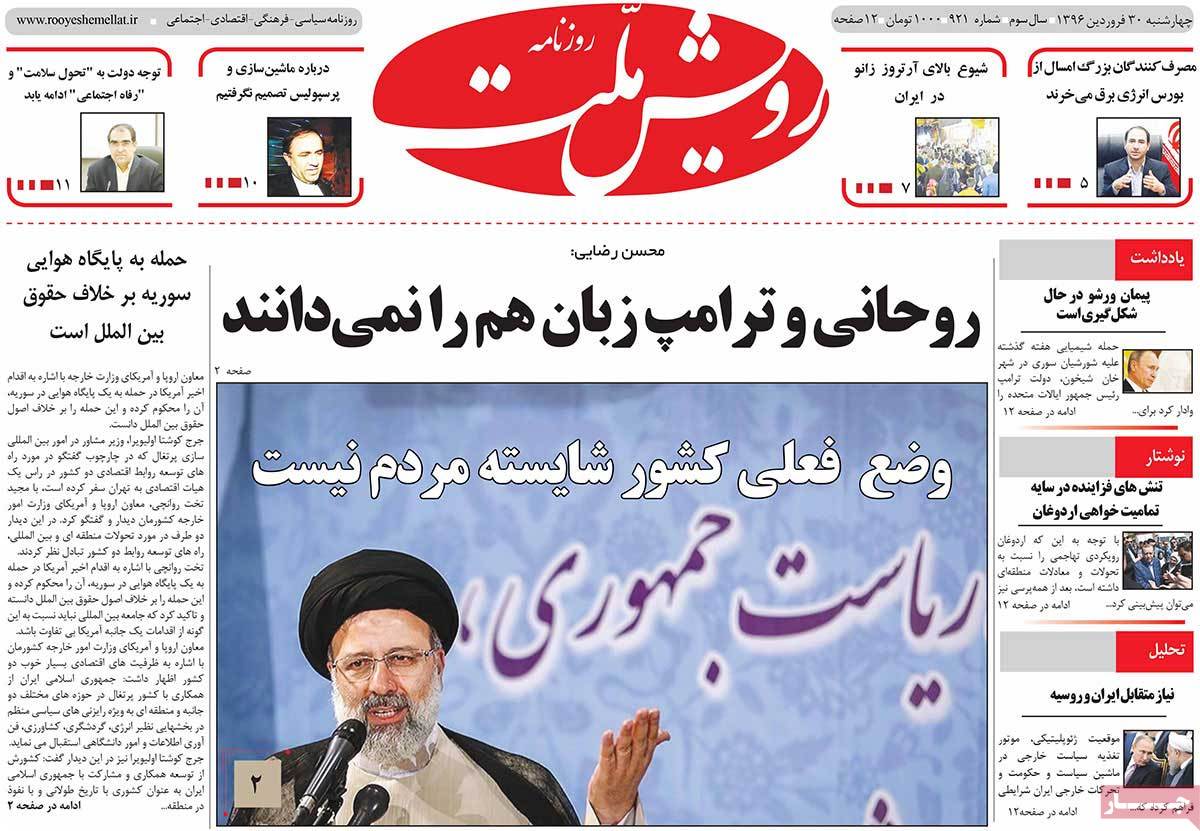 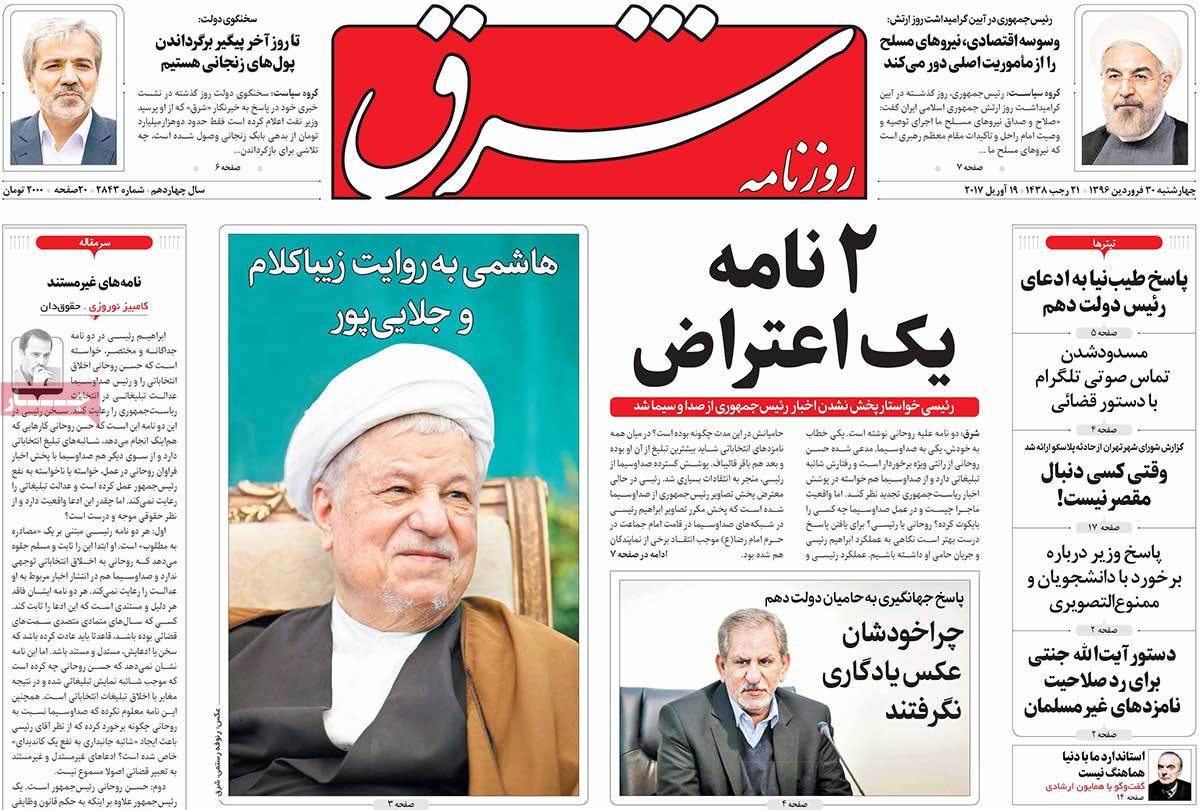 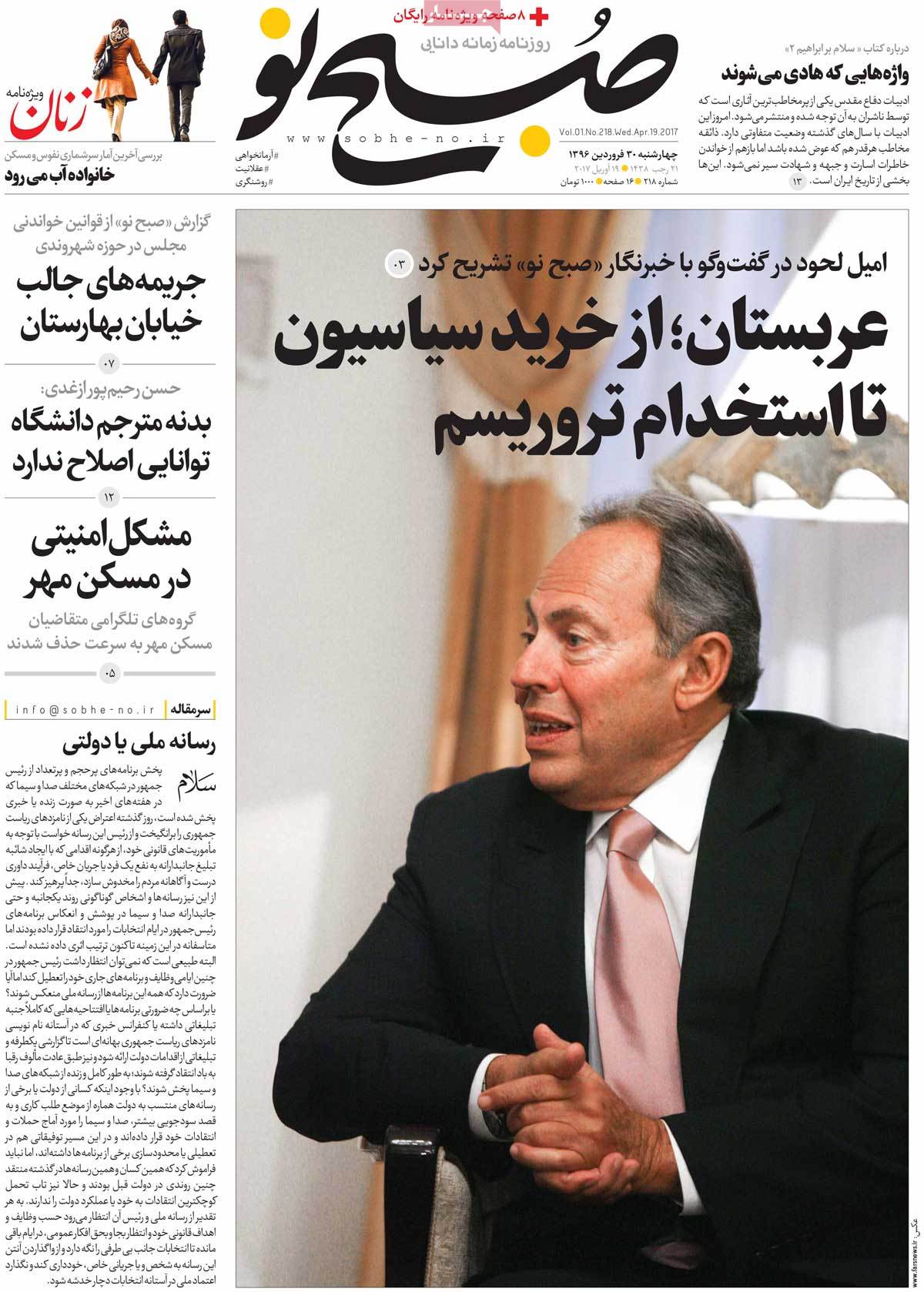