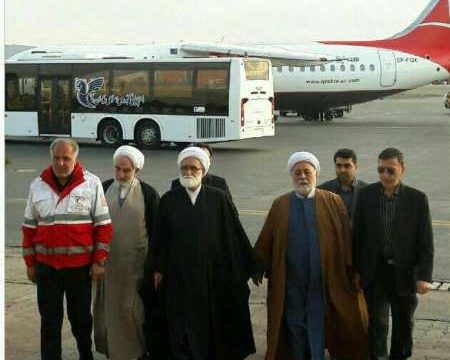 IRNA – Supreme Leader’s Representative Hojatoleslam Abdolhossein Moezzi arrived in Tabriz in East Azarbaijan to examine the problems of people in the flood-hit regions.

The Leader representative said upon arrival that he is there to convey the message of condolence of Ayatollah Khamenei to the families of flood victims in the region.

He thanked the local officials’ immediate help for the people affected by the floods.

According to Head of Relief and Rescue Organization of the Red Crescent Society Morteza Salimi, 40 people have died and 5 people are missing in the flood-hit regions.

Meanwhile, President Hassan Rouhani in separate telephone conversations with governor generals of East Azarbaijan, West Azarbaijan, and Ardebil provinces ordered rapid use of all possibilities to help victims of flood-stricken areas, including all possible assistance from neighboring provinces.

He also talked with Energy Minister Hamid Chitchian, who is in area as the president’s special envoy for flood-stricken areas.