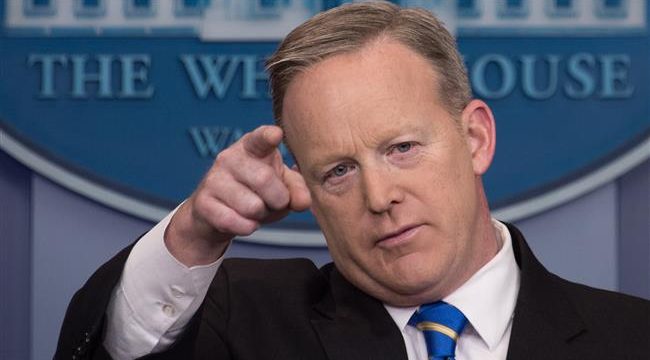 ‘If Iran is ‘a failed’ state, why is US so concerned about Tehran’s influence in Mideast?’

RT– If Iran is a ‘failed state’ as Sean Spicer referred, why has the US been unable to overthrow the political establishment, which has been the goal of numerous US administrations, asks Hamed Mousavi, political science professor at the University of Tehran.

The White House Press Secretary, Sean Spicer has been accused of being a Holocaust denier after he said Adolf Hitler “didn’t even sink to using chemical weapons.”

On Tuesday Spicer apologized for his comments. However, he made another slip – including Iran in a list of countries he deemed to be ‘failed states.’

Hamed Mousavi called the comment “interesting” adding that in his opinion it’s unlikely many people take Spicer’s comments seriously, including in Washington.

“He doesn’t seem to be able to hold a press conference without causing a controversy or two,” he said.

“Regards Iran being a failed state or not: if Iran was a failed state, then why would the US be worried and concerned about the Iranian influence in the region. In failed states you have so many internal problems that you rarely have a robust foreign policy,” he said.

Mousavi went on to say, if Iran is a failed state, then why has the US been unable to overthrow the political establishment here? “That has been the goal of numerous US administrations,” he added.

“From the Iranian perspective, I think these comments are seen as a propaganda tool to obscure the real motivations for the strike on Syria. At least from Iran’s perspective, the strikes on Syria rather than being for humanitarian reasons were aimed at scoring political points – both at home and abroad,” Mousavi said.

Not just Spicer! Back in 2013, Boris Johnson also said ‘not even Hitler used chemical weapons’ — RT

While Donald Trump’s press secretary Sean Spicer was being drubbed for his Hitler chemical weapons gaffe, Boris Johnson was probably praying that the almost identical comments he made in 2013…

The expert noted that not only the US “knows that the rebels were responsible for the massacre that took place,” but also they blocked an investigation into the deadly incident to find out what really happened.

He doesn’t think though that the US airstrike on a Syrian airbase last week is “a game changer in any way possible.”

“I have to point out that it is also important to see these strikes as important as they are. I don’t think they are a game changer in Syria,” he said.