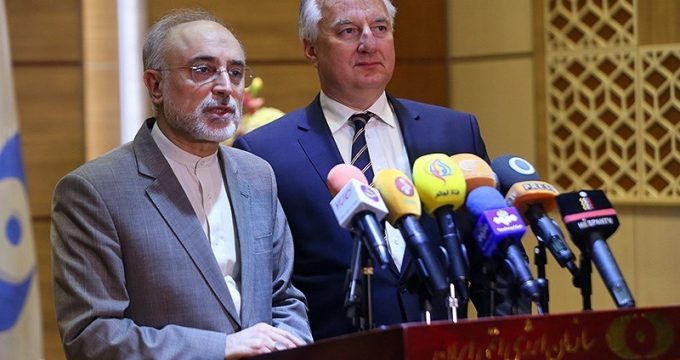 IRNA — The chief of Atomic Energy Organization of Iran (AEOI) said on Saturday that Hungarian Banks had declared their readiness to fund joint projects up to 85 million Euros.

Ali Akbar Salehi, on the sidelines of MoU signing ceremony with visiting Hungarian Deputy Prime Minister Zsolt Semjén, and said: ‘One of the issues covered in the memorandum is cooperation on designing small power plants.’

Describing the Hungarian actions in cooperation with Iran as satisfactory, he added: ‘Giving 100 scholarships to the Iranian students interested in studying in Hungary is among the two countries cooperation.’

Salehi also said that the Hungarian banks had announced their readiness to allocate 85 million Euro to fund the joint projects with Iran.

“The European Union has agreed to support the mutual investments”, the AEOI chief added.

Saying that good measures have been taken to expand the mutual ties between the two countries, he expressed hope that the bilateral ties will increase in the future.

Salehi said that after the implementation of Joint Comprehensive Plan of Action (JCPOA), the two countries can see the expansion of safety, educational, scientific, professional and power plant cooperation.