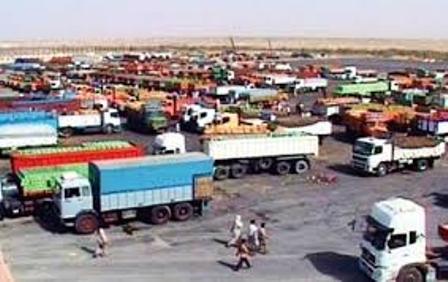 IRNA – Deputy Head of Industry, Mine and Trade organization of Ilam Province for commercial affairs Jamil Shohani said on Tuesday that more than $2.3 billion of goods were exported from Mehran border terminal to Iraq past year.

Shohani said that by signing bilateral agreements between neighboring Iraqi provinces of Maysan, Wasit, Diyala and Babil with Ilam, the two sides planned to double export volume between the two countries from Mehran border.

Mehran border is 230 kilometers far from Baghdad and in average around 600 trucks carrying exporting goods passes from this border daily.