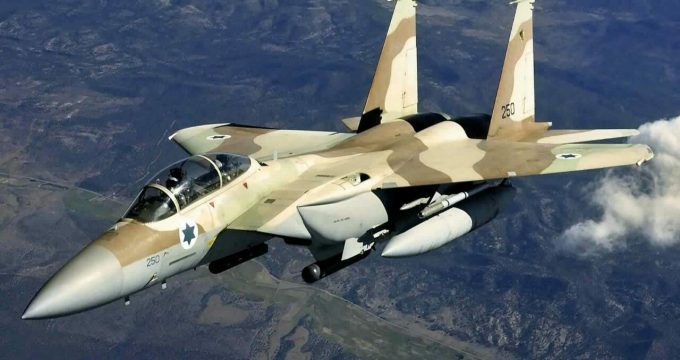 Who shot the Israeli warplanes in Syria?

Now the million dollar question is the Syrian air defense was involved in anti-Israeli attacks?

The history of confrontation between the Syrian air defense and Israeli fighter jets dates back to several decades ago.

Since the formation of Zionist regime, the Syrian army, which has been equipped with the state-of-art Russian technologies, has repeatedly invaded the Israeli fighter jets and had achieved great success.

On the other hand, Zionist regime is fully aware that air superiority plays an important role in any war and has so far made tremendous efforts for maintaining air superiority against its neighbors.

And US, France and some certain countries also have helped Israel a lot to meet that end.

On December 2016, Israel received two of Lockheed Martin’s F-35s, the most advanced fighter jet in the region. Israel has ordered 50 of them from the United States. Each has a price tag of more than $100 million.

Before the current conflict in Syria, the country’s air defense, enjoyed good deterrent against foreign fighter jets and even before the destruction of its important bases by Takfiri terrorists, managed to overthrow the Turkish fighter jets that were trying to attack the main defensive centers of Syria.

But it could not do anything against Israeli air attacks on its nuclear facilities which were under construction in Syria. And Zionists managed to destroy the facilities thanks to their military forces’ strong tactics.

On Oct 2007,  Israel’s air attack was directed against a site that Israeli and American intelligence analysts judged was a partly constructed nuclear reactor, apparently modeled on one North Korea has used to create its stockpile of nuclear weapons fuel, according to American and foreign officials with access to the intelligence reports.

With the onset of war in Syria that was heavily supported by Zionist regime, the Syrian air defense achievements including its radars, missile equipment etc were targeted by Takfiri terrorist groups.

And the destruction of Syrian defense equipment, paved the way for Zionist air forces to easily invade different regions in Syria, Damascus in particular, and Syrian skies opened for Zionists.

And the Syrian side did not show any reaction toward the Zionists invasions, but now time is ripe to give a strong response to Zionist regime.

On March 17, 2017, the Syrian armed forces fired antiaircraft missiles at Israeli warplanes that had struck targets deep in Syria, in what appeared to be the most serious clash between the two militaries since the start of the Syrian civil war six years ago.

Although the Syrian forces did not hit the target, but the incident led the Israeli warplanes target their goals more accurate in Syria by long-range missiles via Lebanese airspace.

The old rocket, the new user

But the last week attack on Israeli air force was harsher and resulted in a change in Syria’s air defense equipment.

Although six missiles were fired from Russian S200 old system, but the system’s software was updated by a country other than Russia.

Now Syria has made some changes in its determination to retaliate Israeli attacks and undoubtedly Iran has played a pivotal role in that respect.

For years, the Israel has been threatening to conduct air and missile attacks on Iran and the Iranian air defense is being updated to deterrent any such attack.

What Iran defense force needs is a real exercise with real Israeli targets and now no place is better that Syria for doing ambitions.

The exercise which its direct hit would not only consider as a privilege for Iran and Syria, but would make Russian happy.