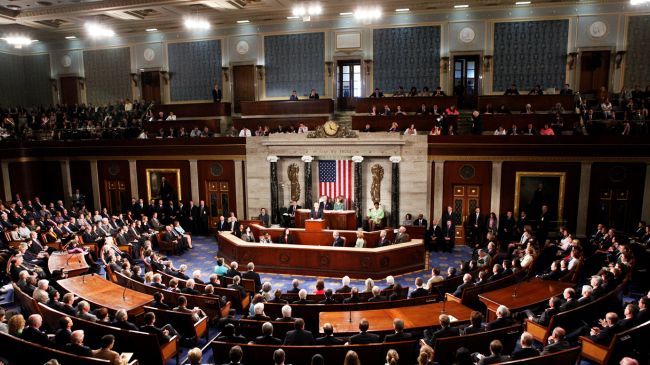 Press TV – A bipartisan group of US senators in Congress have introduced a bill that would impose tighter sanctions against Iran over its ballistic missile tests and other non-nuclear activities.

The bill was introduced on Thursday by 14 Democratic and Republican senators, including senior members of the Senate Foreign Relations Committee.

The legislation would set mandatory sanctions for anyone involved with Iran’s missile program and those who trade with them. It would also apply sanctions to the Islamic Revolution Guards Corps (IRGC).

The bill would require the US president to block the property of any person or entity involved in specific activities that violate the United Nations arms embargo on Iran.

Lawmakers were expected to roll out the new sanctions ahead of a conference by the American Israel Public Affairs Committee (AIPAC), which is scheduled to start Sunday.

Menendez, a Democrat from New Jersey, claimed that the new bill had been written not to interfere with the international nuclear accord reached with Tehran.

In February, US President Donald Trump undermined the multilateral deal by introducing a new round of sanctions against Iran following the country’s successful test-launch of a ballistic missile, which Washington said was a breach of the JCPOA.

The US Treasury Department said Washington had imposed sanctions on 13 individuals and 12 entities as part of an effort to ratchet up pressure on Iran over its missile program.

Tehran insists its missile tests do not breach any UN resolution because they are solely for defense purposes and not designed to carry nuclear warheads.