A Look at Iranian Newspaper Front Pages on March 13

Iran Front Page- Newspapers today covered the reformists’ move to choose Hassan Rouhani as their candidate for the upcoming presidential votes in May.

Many papers also covered the remarks made by Intelligence Minister Mahmoud Alavi about the security of upcoming election. 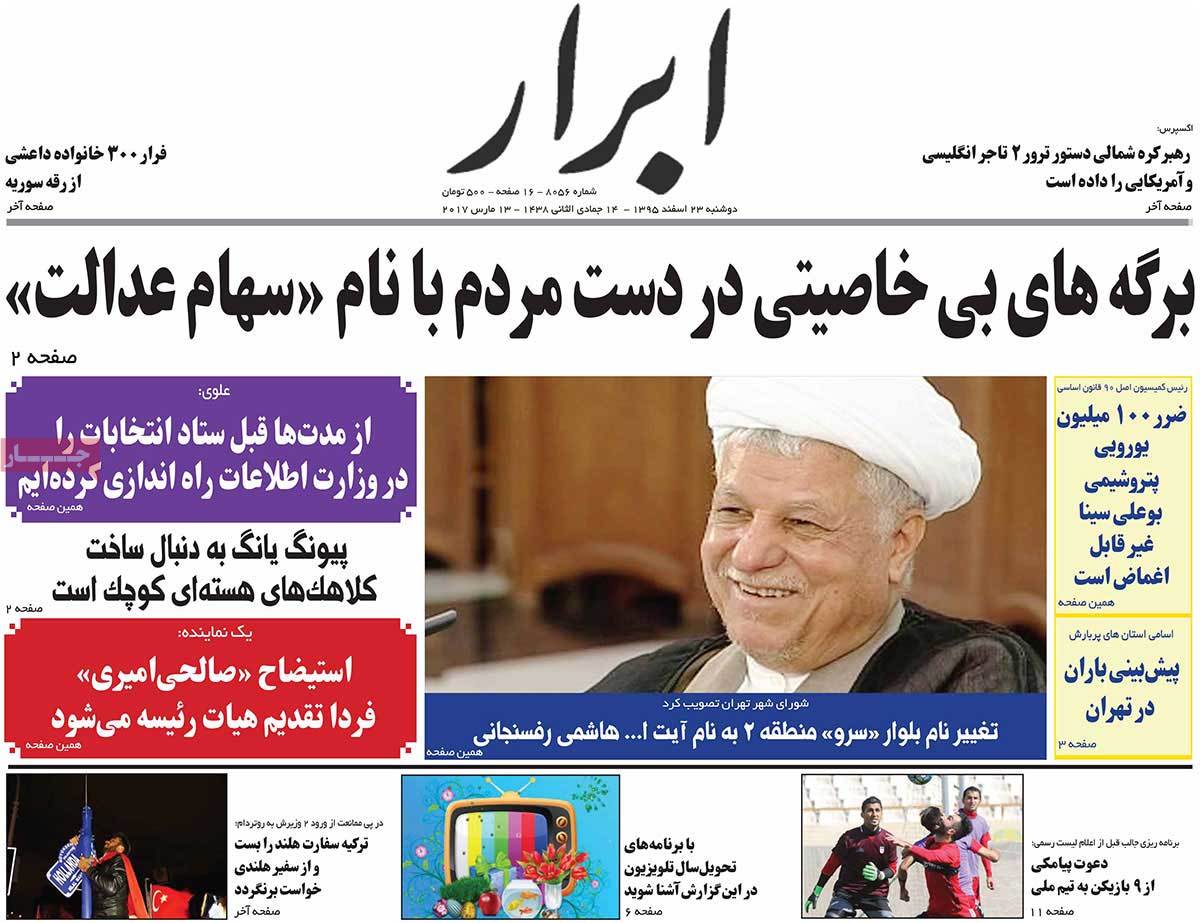 1- India to Exempt Oil Payments to Iran from Tax

3- $1.7-Billion Deal with S. Korea for Dam Construction in Iran 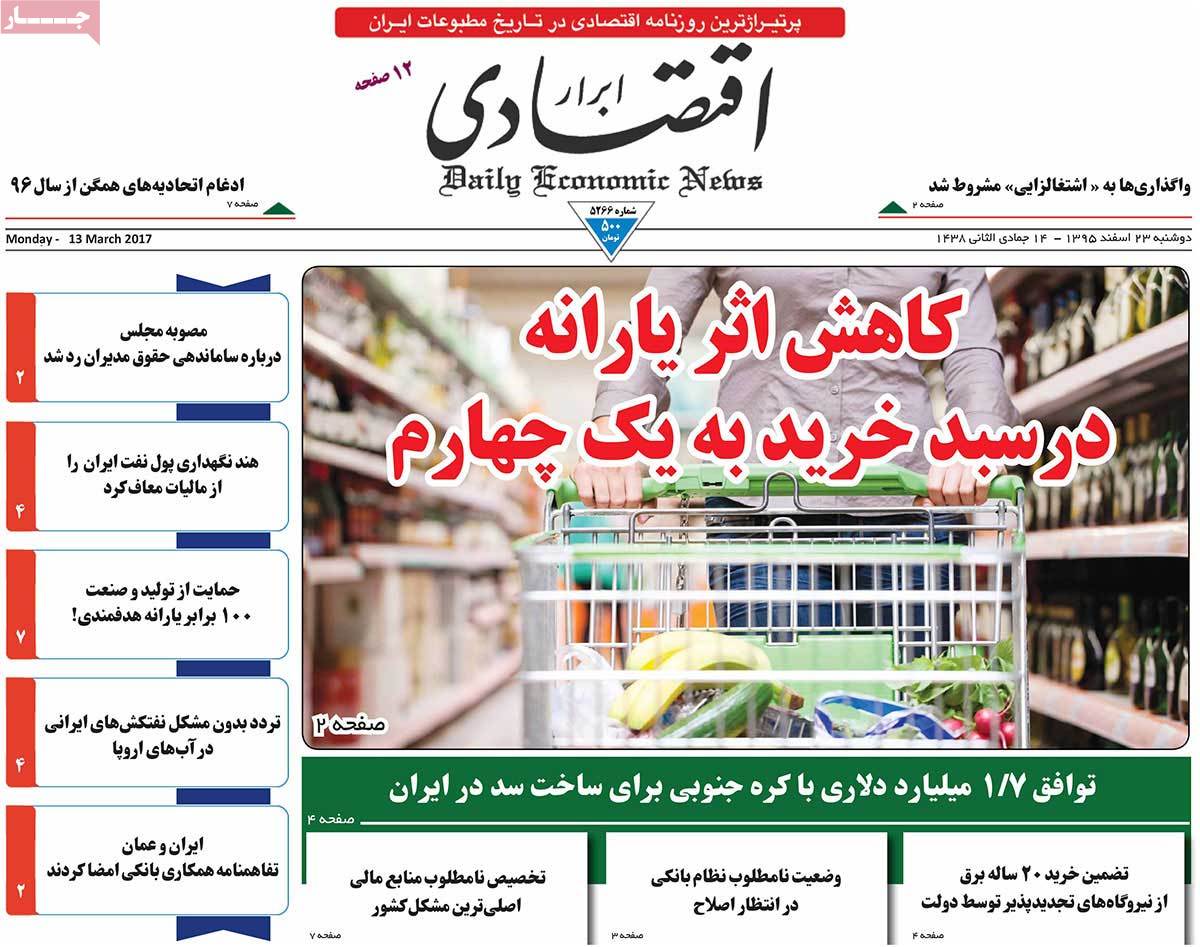 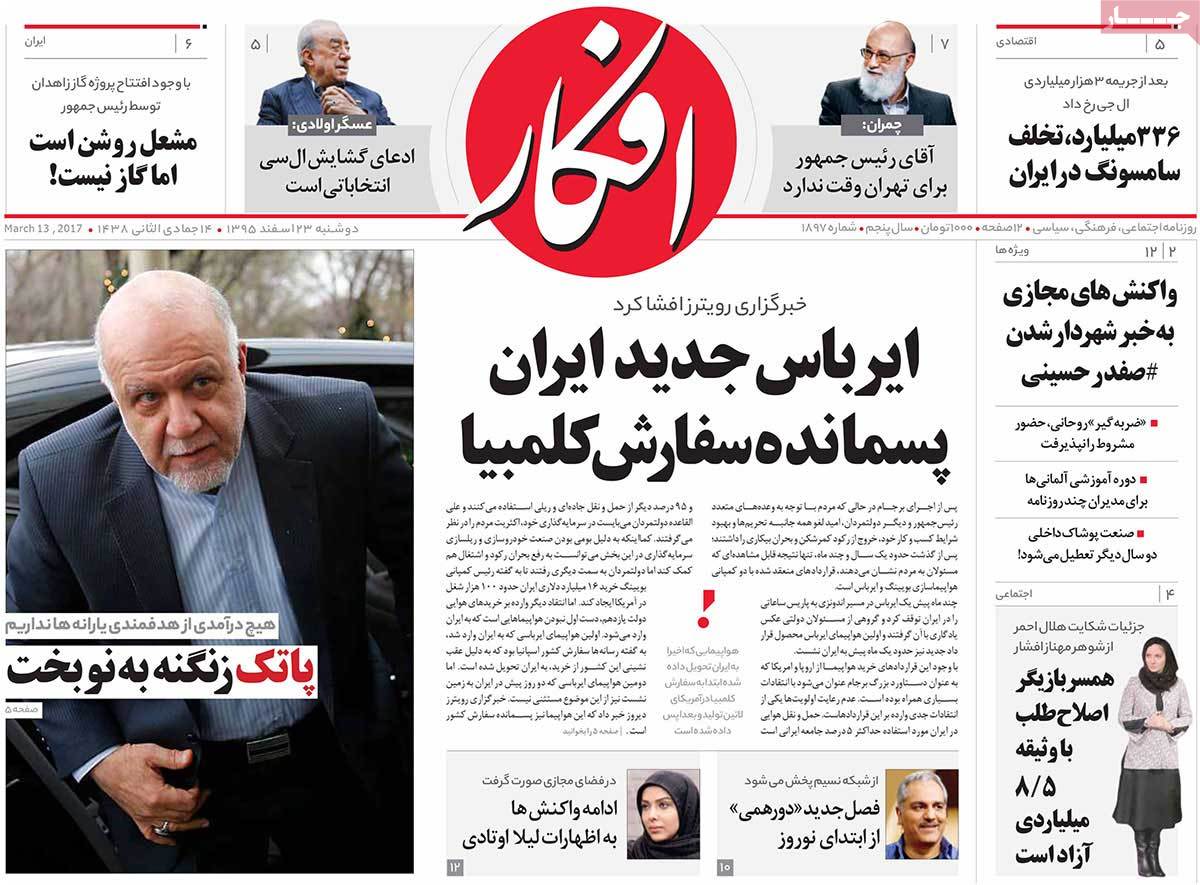 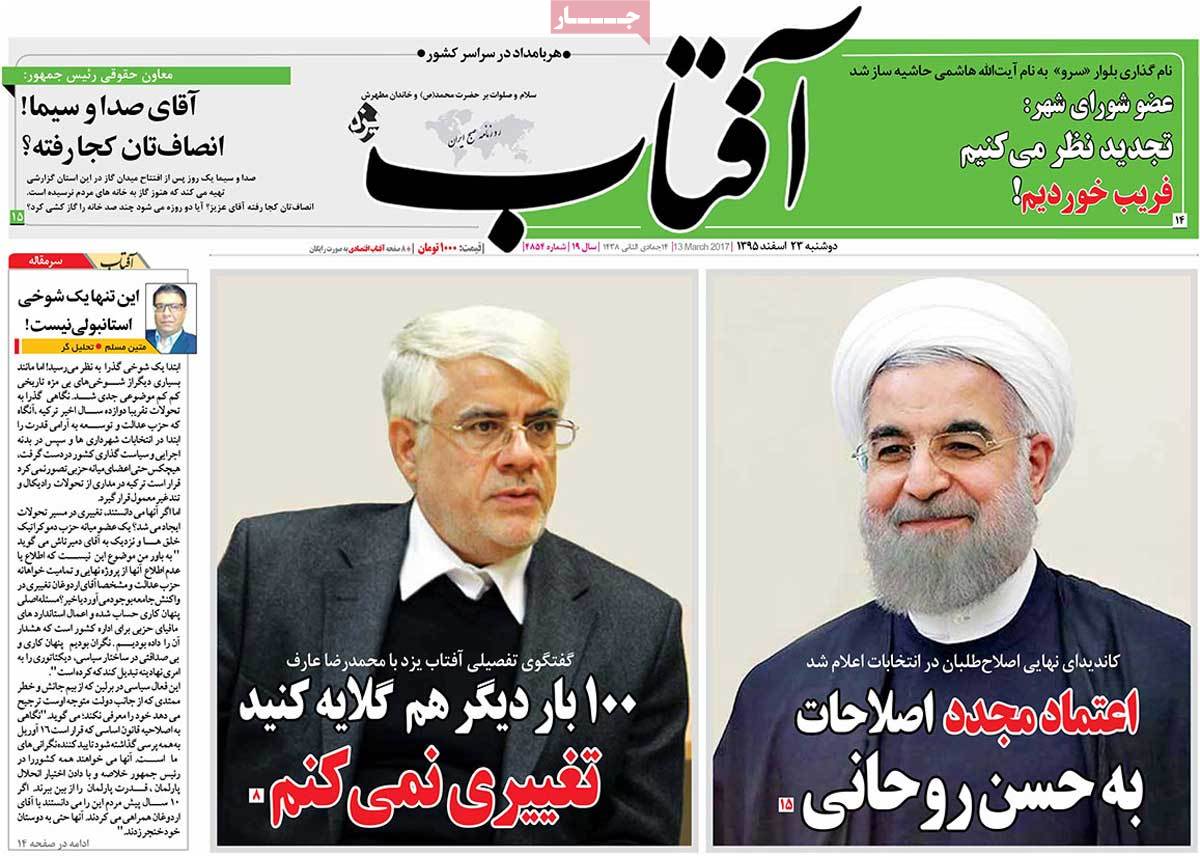 2- Intelligence Minister: HQ Formed in Ministry for May Election 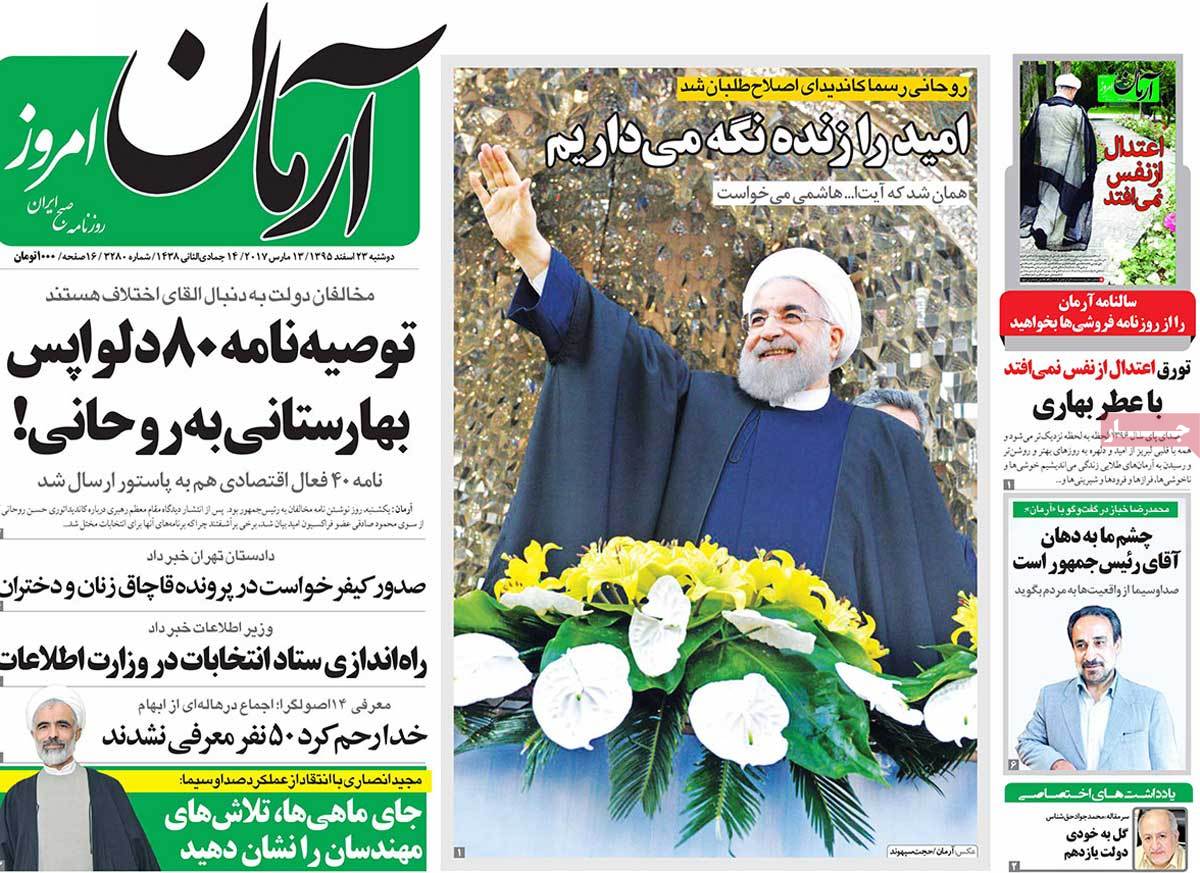 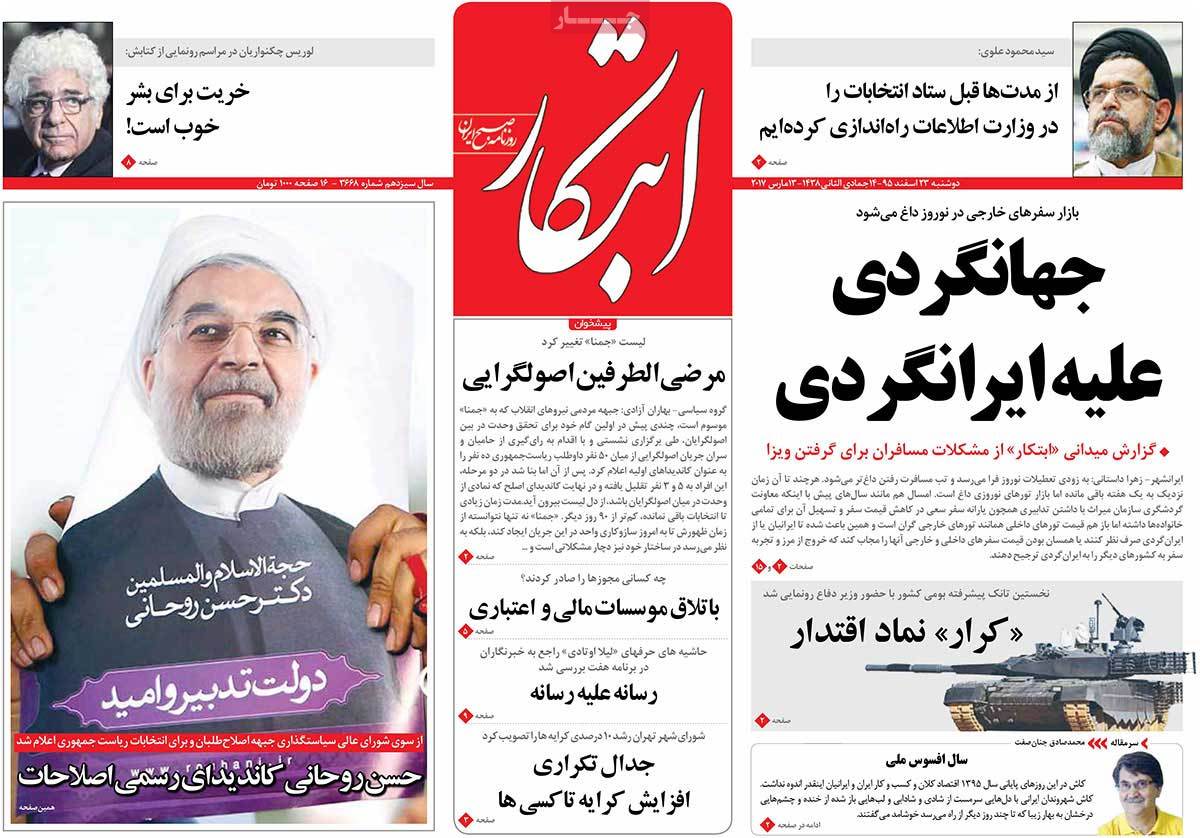 2- Reformist: Supporting Rouhani Is Most Prudent Action by Reformists 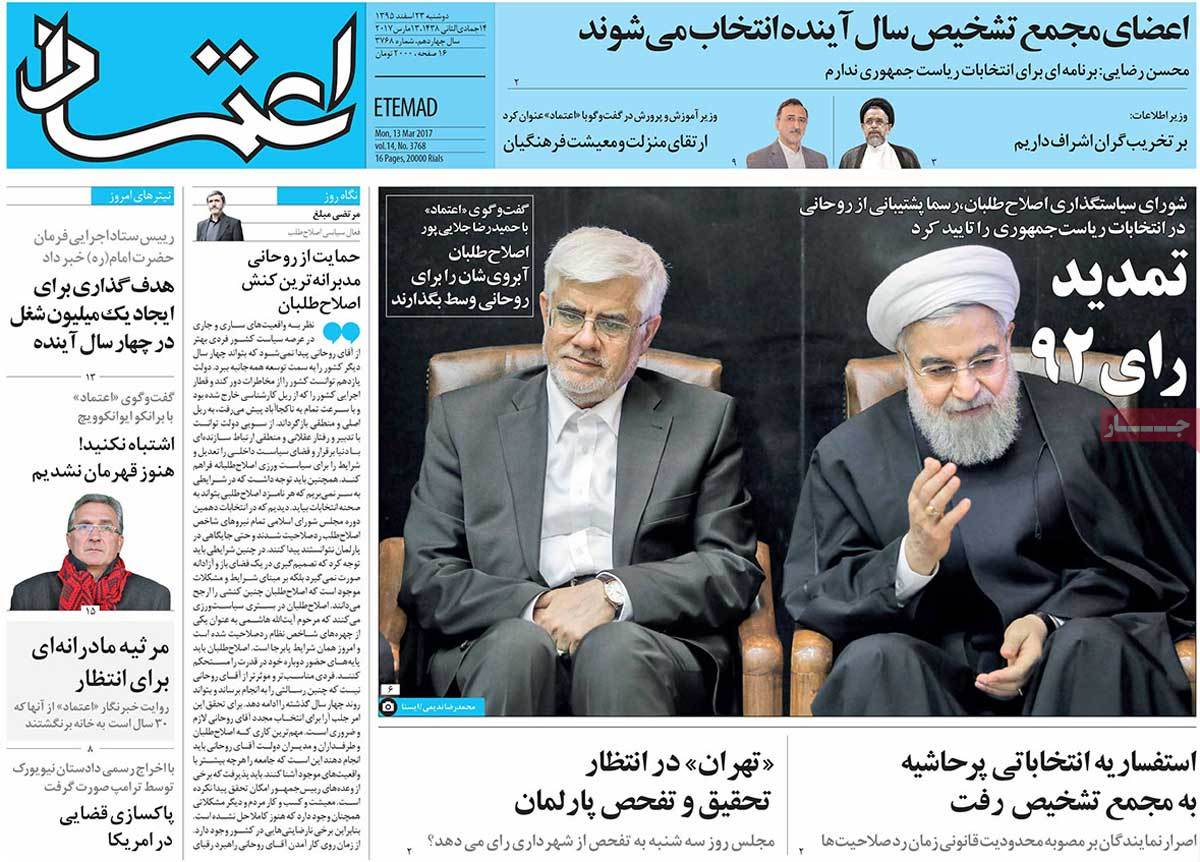 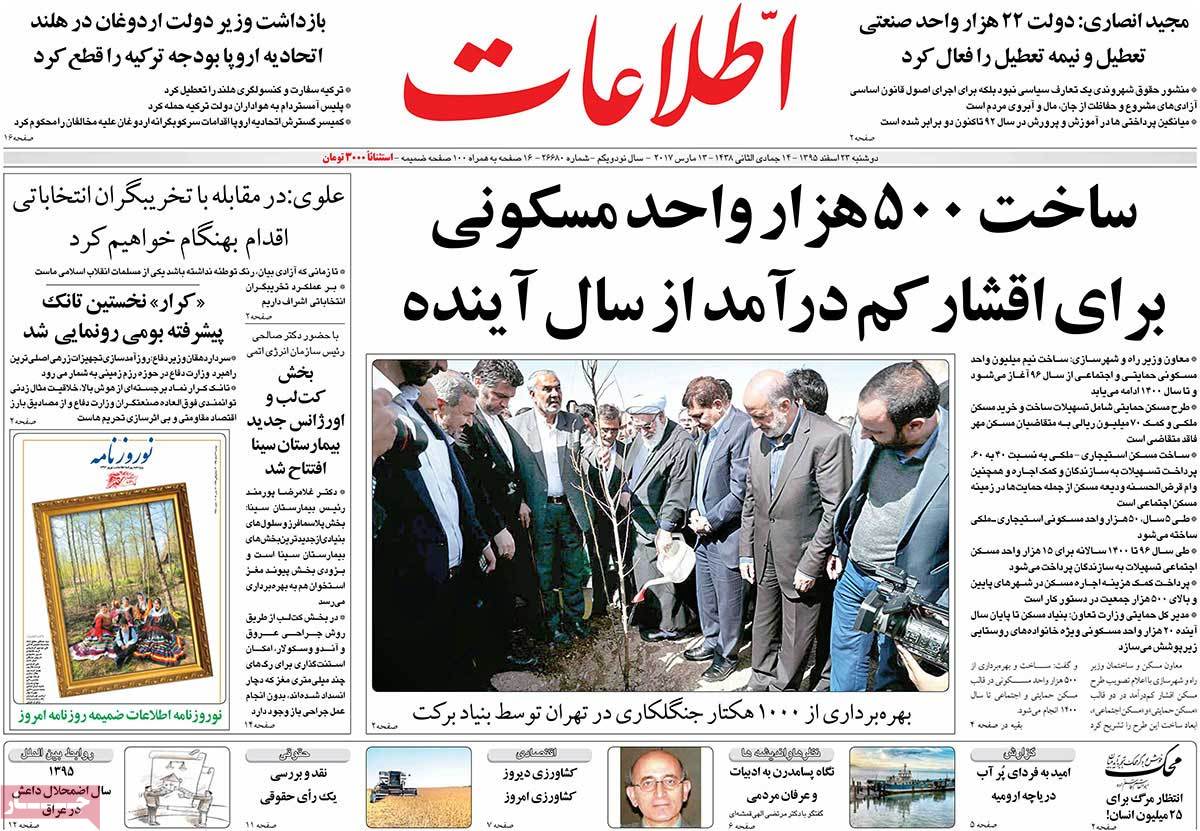 1- Stamp Unveiled in Commemoration of Rafsanjani 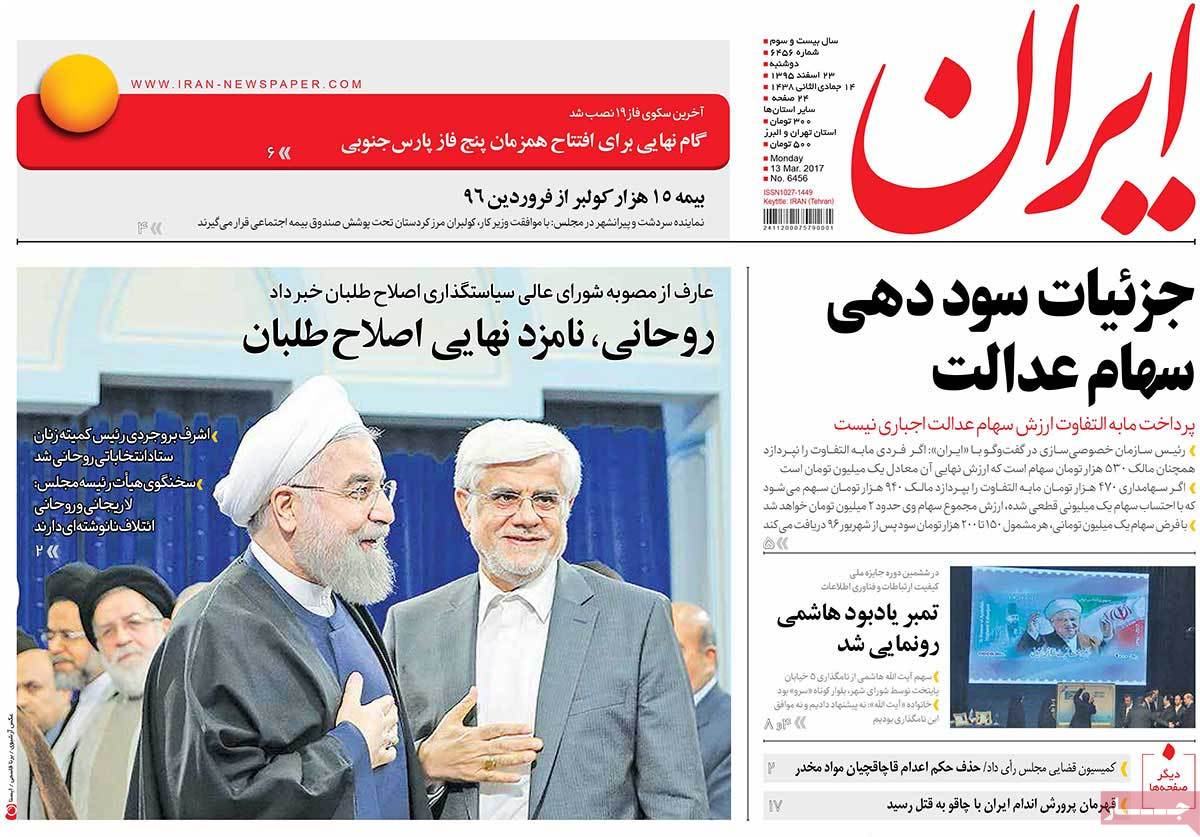 1- 40 Academics, Economic Researchers Pen Letter to Rouhani: In the letter, Rouhani’s efforts against transparency are criticised

3- Farhadi’s The Salesman to Be Screened in Occupied Territories 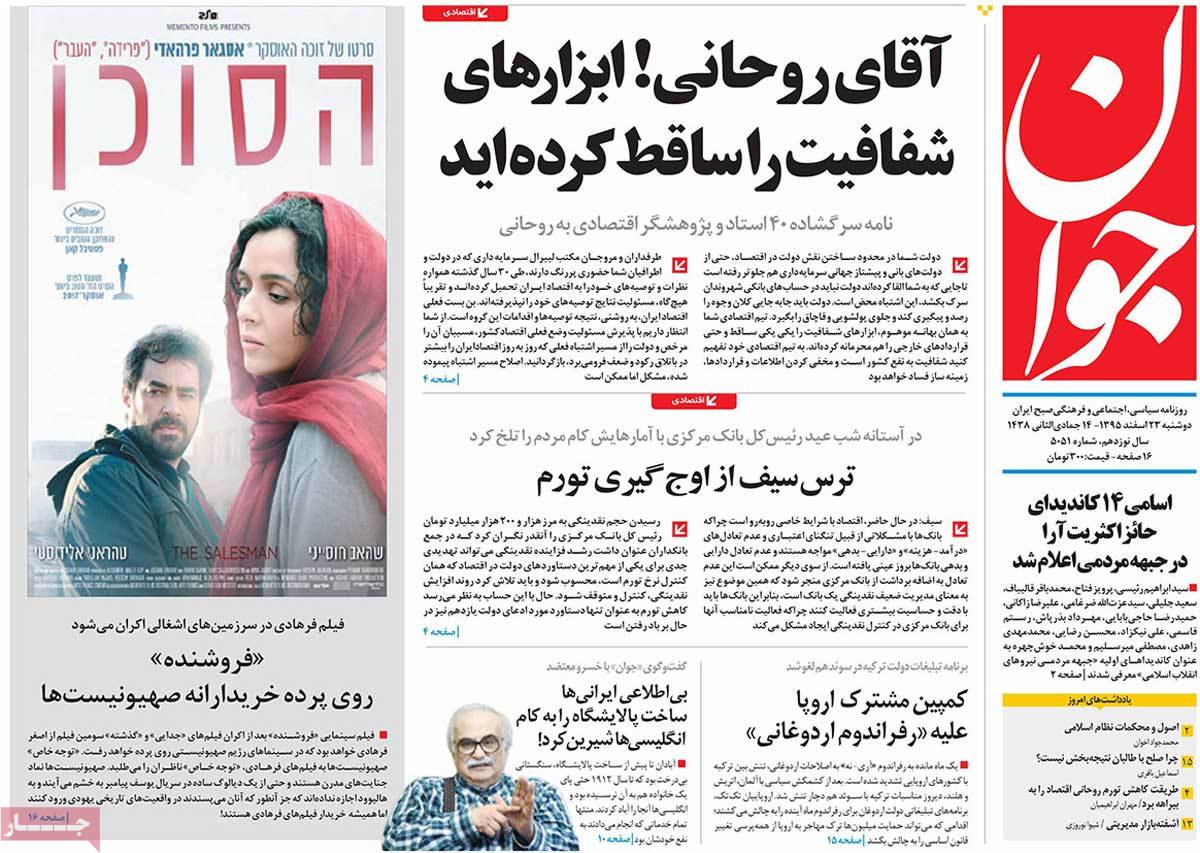 1- Trees to Be Planted in 1,000 Hectares of Lands near Tehran 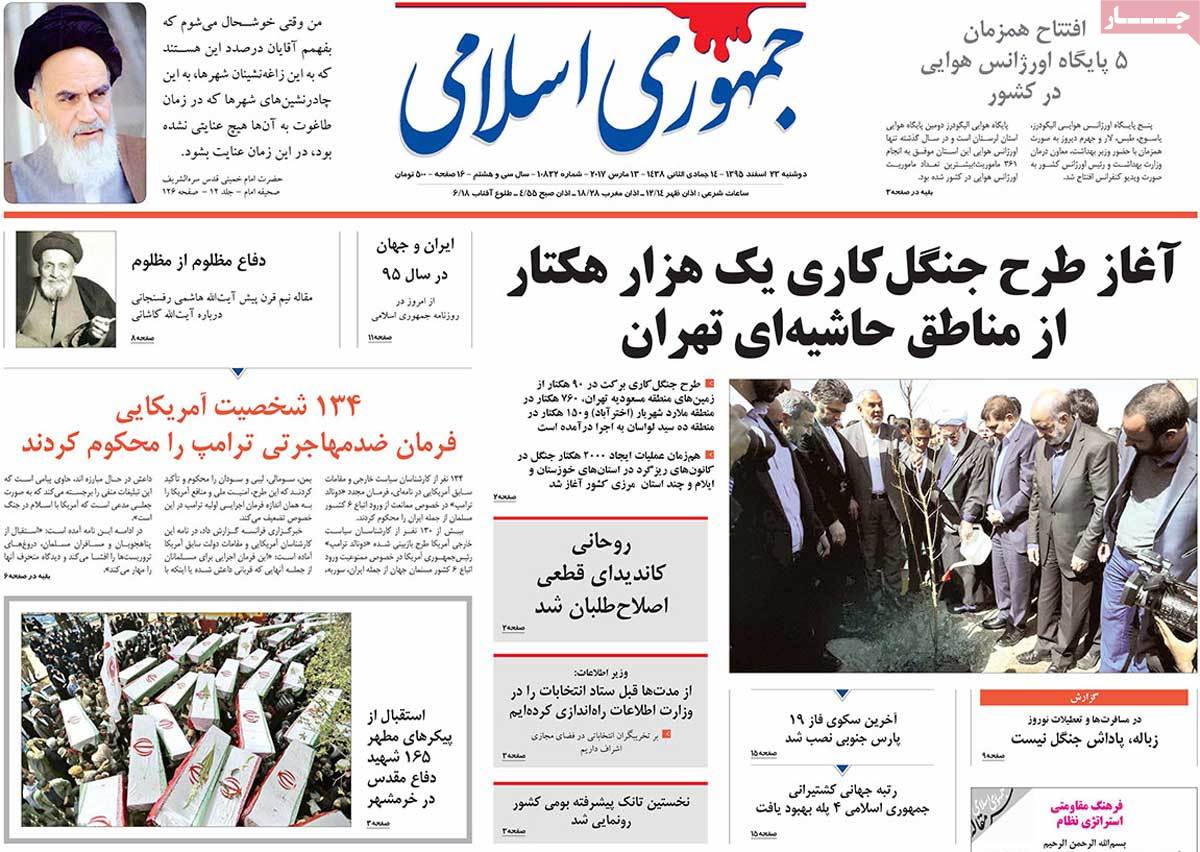 1- A Report on People’s Economy, Livelihood in Past Year 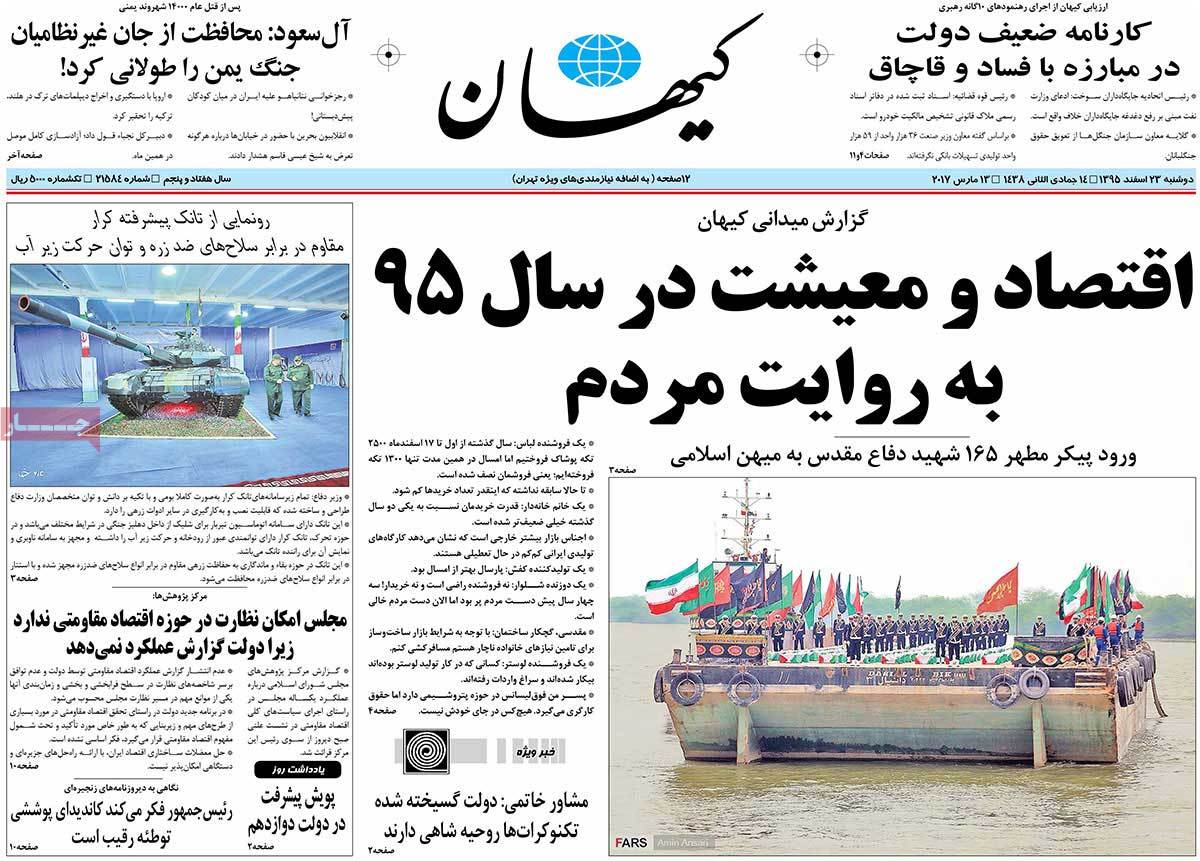 1- Rouhani’s Popularity Has Domestic Origins, Not Foreign Ones: Analysts 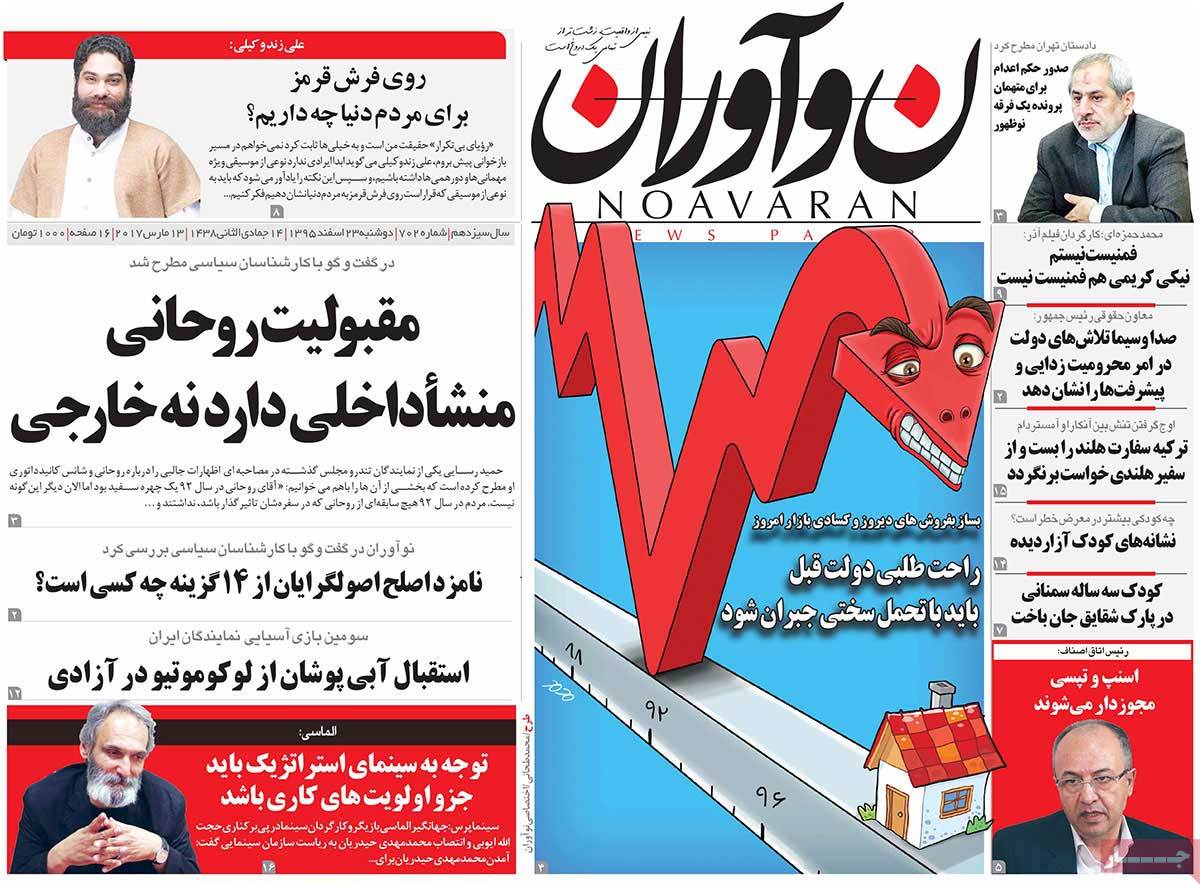 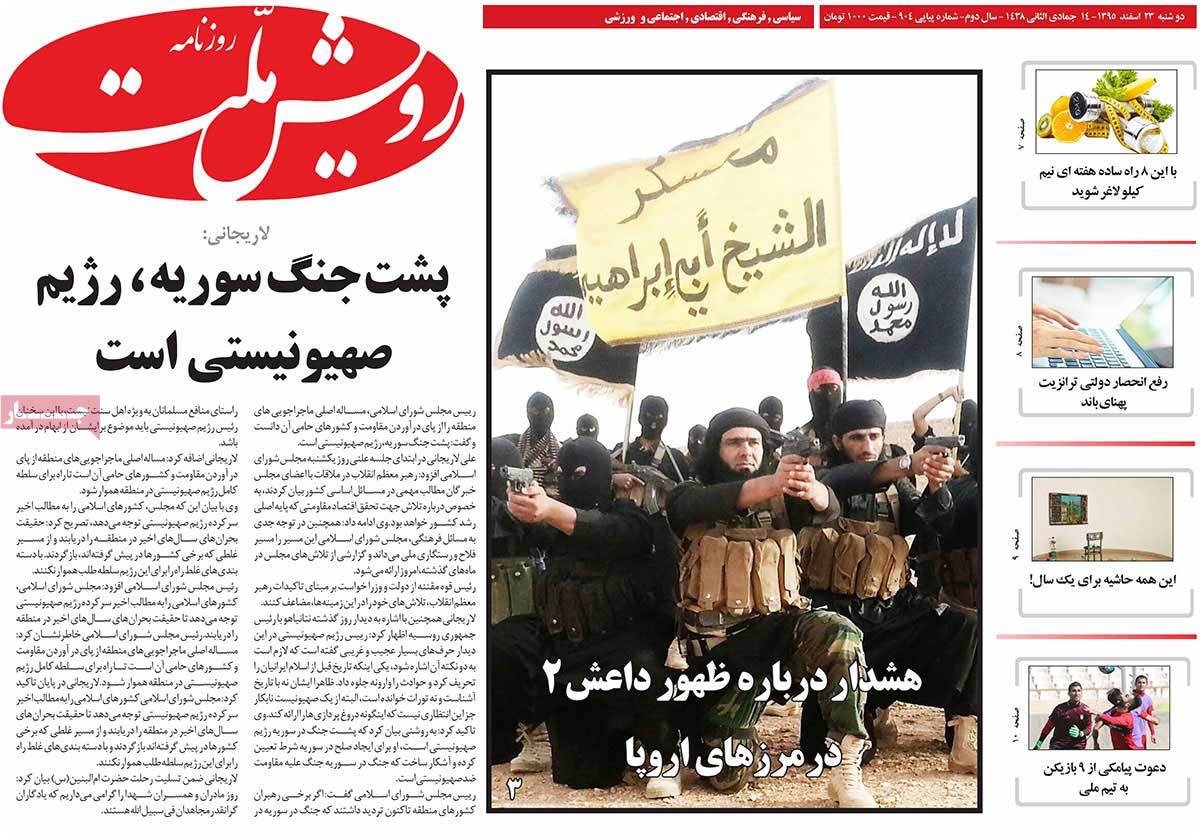 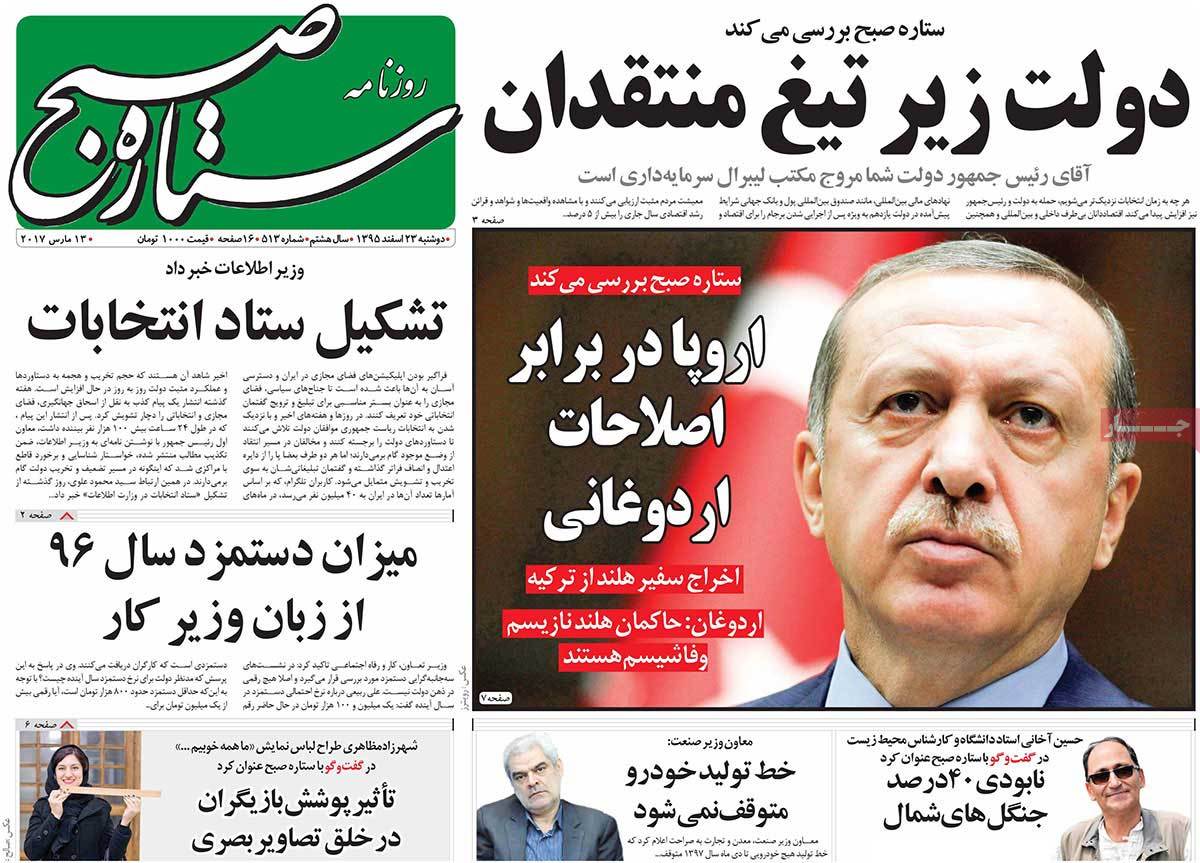 2- Death Penalty to Be Lifted for Those Carrying Narcotics 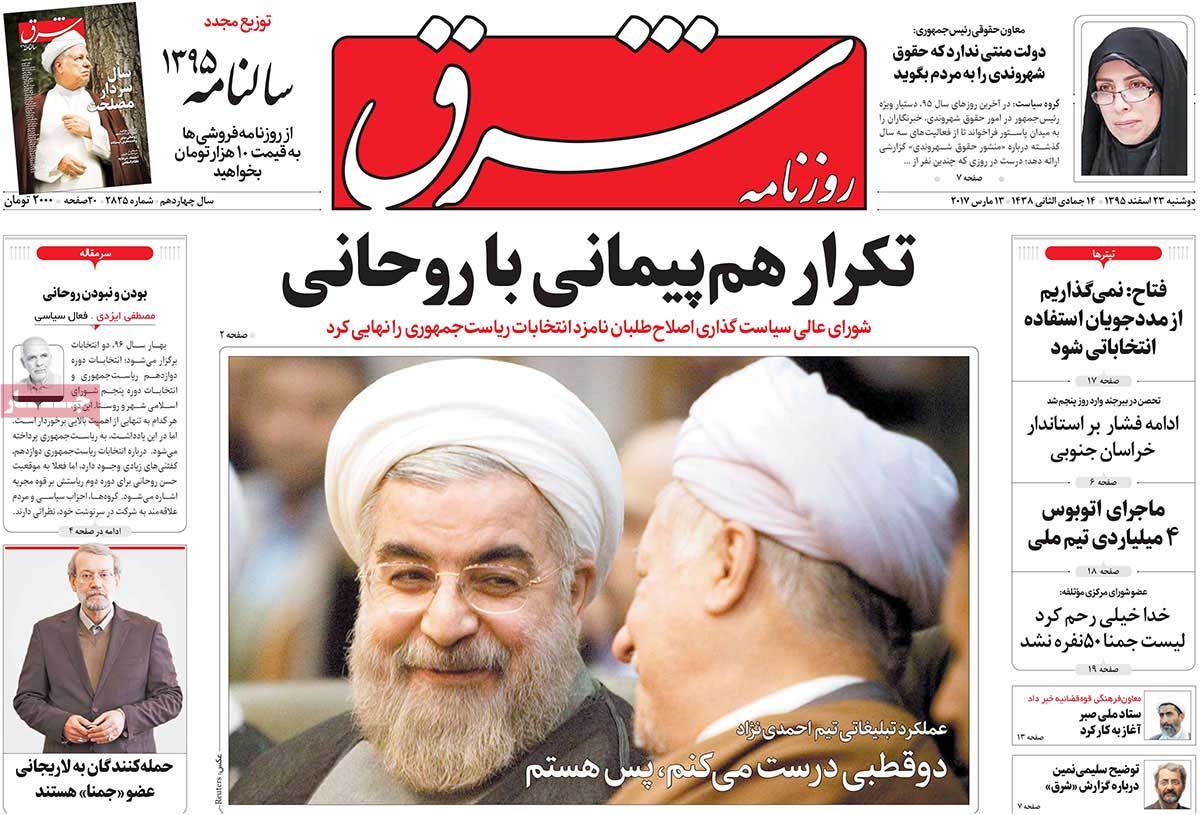 2- Iran Being Pushed out of Syria Developments [Editorial] 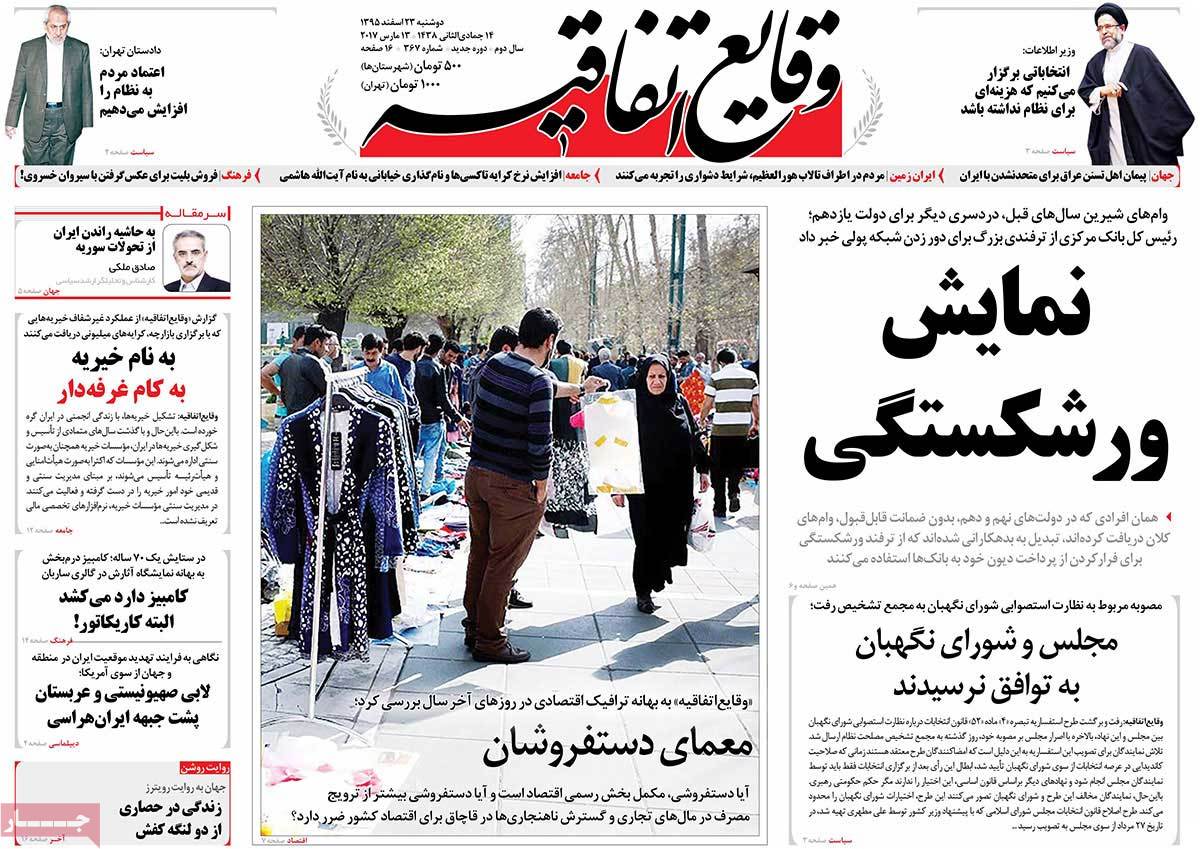 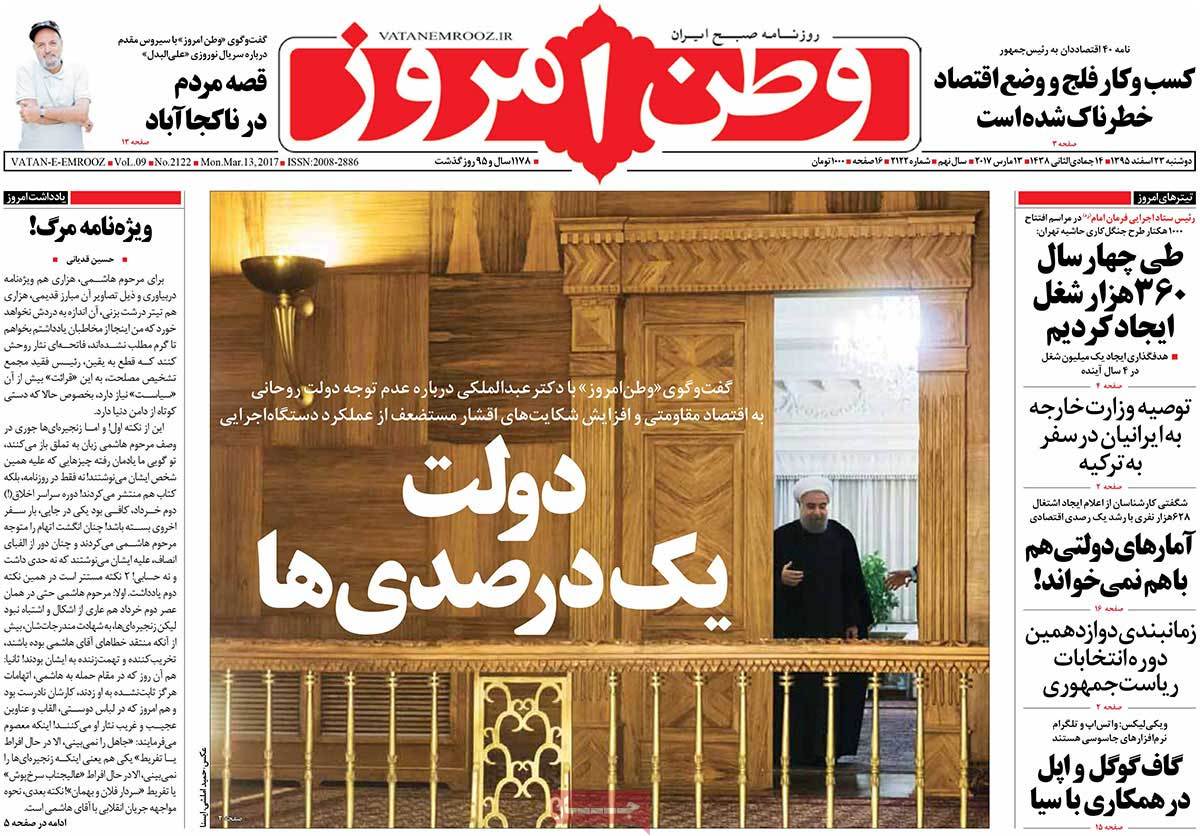