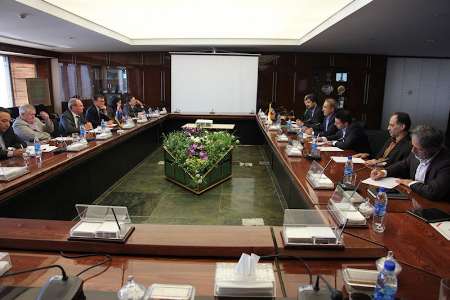 March 13, The Iran Project – Iran is willing to cooperate with Australian companies in different fields, like climate change, renewable energy, seawater desalination, and the use of international financing, says an Iranian deputy energy minister.

In a meeting with Martin Hamilton-Smith, South Australian Minister of Trade and Investment on Sunday, Iran Deputy Energy Minister Alireza Daemi said the two countries’ universities and research centers can jointly carry out researches in the fields of water and energy, stressing similar climate of Iran and Australia.

He also referred to the plans of Iran’s energy ministry for desalinating seawater in the country’s southern extensive beaches, adding Australian companies, due to their knowledge and advanced technology, can greatly help the Islamic Republic in this regard.

For his part, South Australian Minister of Trade and Investment Martin Hamilton-Smith, expressed hope that in the post-sanctions era, Iran and Australia can develop their relations in the fields of academic researches, water and technology management, energy efficiency, seawater desalination and renewable energy.

He also emphasized on the experience of Australia’s companies in research areas, seawater desalination and water transfer, and renewable energies.