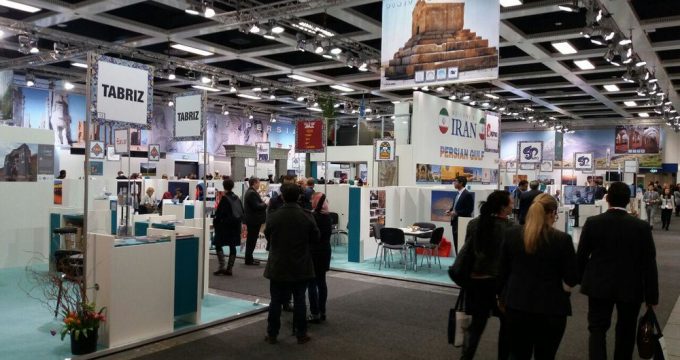 Tehran Times – Over 30 Iranian tourism-associated businesses including transport operators and hotel managers are showcasing full charms of the country at the 51st ITB Berlin — Internationale Tourismus-Börse Berlin, which wraps up today.

Iran’s pavilion is playing host to variety of meetings, exhibits, workshops and live performances by state-run and privately-owned companies spearheaded by the Cultural Heritage, Tourism and Handicrafts Organization.

The country has sent its largest delegate ever–comprising representatives from Tabriz Municipality and the Islamic Republic of Iran Railways, Homa and Mahan airliners, ISNA reported.

In an address to the inauguration ceremony, Taleb Rifai, the head of the United Nations World Tourism Organization (UNWTO) took a swipe at U.S. President Donald Trump’s revised travel ban by calling it “ill-conceived”, adding that it fails to increase security.

“Past experience has shown us that a country that is serious about tourism and has built an infrastructure always bounces back,” Rifai told Reuters.

“Look at Egypt. It has been up and down for the last 10 years. Every time it comes back stronger than before,” he said.

Known as the World’s Largest Travel Trade Show, the ITB Berlin focuses on the ‘International Year of Sustainable Tourism for Development 2017’, a slogan introduced by the UNWTO earlier this year.

Some sources say that a patchwork of security concerns has somewhat clouded the event as airlines, tour operators, hoteliers and travel search companies seem to be more caution than before.

Security fears are on everybody’s lips at the ITB travel trade fair in Berlin this year as a battered tourist industry seeks to reassure travelers and tour operators that they need not shy away from booking summer holidays for this year, Reuters reported on March 11.

Tour operators, online booking portals and hotels, and many other service providers from over 180 countries present their products and services at the five-day event.

Last year, Iran was on the ITB Berlin’s list of 50 recommended travel destinations in honor of the event’s 50th anniversary.