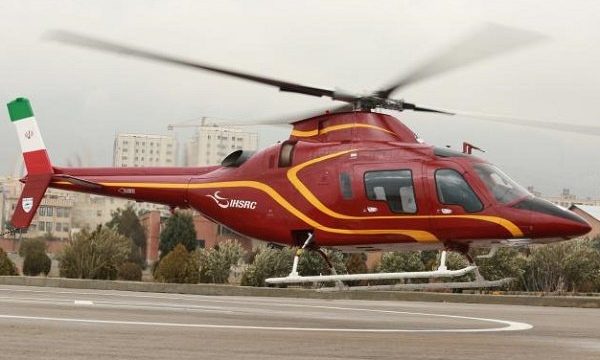 The unveiling ceremony was held Tuesday, in the presence of Iranian Defense Minister Hossein Dehghan and Iran’s VP for Science and Technology Affairs Sorena Sattari.

Speaking during the ceremony, Dehghan said “we are honored to unveil an important project in the year of “Economy of Resistance: Action and Implementation’.

Pointing to the newly-developed military helicopter, he said it is designed and manufactured by Iranian experts at the Defense Ministry in cooperation with science and research centers as well as knowledge-based enterprises in the country.

The state-of-the-art Saba-248 helicopter has a light and medium weight class; it is multi-purpose, twin-engined, and has four-bladed airscrew and the capacity of 8 passengers, Dehghan added.

The minister noted that the military hardware is able to participate in cargo and passenger transport missions as well as rescue, photographing and reconnaisance operations.

On the technical specifications of the helicopter, Dehghan pointed to the use of modern technologies in the field of navigation, conduct and mechanical systems, acceptable function with sole engine, high reliability, low sound and vibration, high speed, operating temperature range of -25 °C to 55 °C and an aerodynamic body.

The helicopter would be supplied at competitive prices based on customer’s military and civilian demands and the ability to export to international markets, especially Islamic countries, he said.

Dehghan congratulated the Leader of Islamic Revolution and Iranian nation for the achievement, saying the Defense Ministry has put the production of heavy helicopters on the agenda this year and hopes to realize the goal in the coming years.