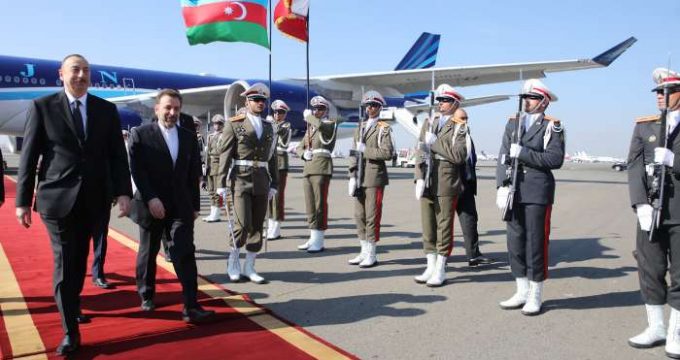 The visiting official is slated to meet and talks with his Iranian counterpart President Hassan Rouhani as well as a number of other high-ranking authorities of Iran.

As a northern neighbor, Azerbaijan enjoys good relations with the Islamic Republic of Iran.

The Nagorno-Karabakh issue has been recently raised again between Azerbaijan and Armenia although Iran has repeatedly invited both parties to maintain peace and show restraint. The ongoing dispute is expected to be one axis of talks between Tehran and Baku during Aliyev’s stay in Tehran.