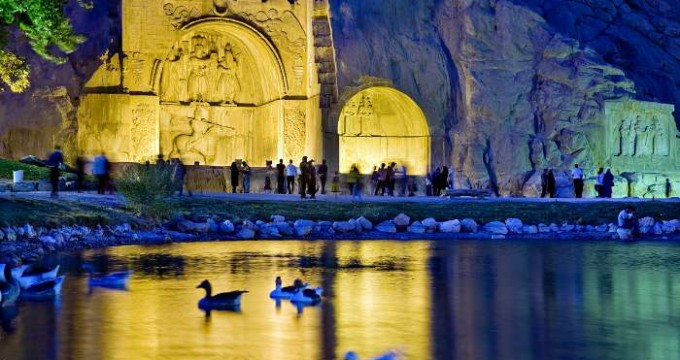 Financial Tribune- The UNESCO World Heritage Site of Taq-e-Bostan in Kermanshah Province is to host an international music festival in summer, said its director Hossein Raee.

“As the main tourist attraction in Kermanshah, Taq-e-Bostan has great potential to host various programs, which we’re going to tap. An international music festival is one of the many programs.”

The upcoming music event will be more imposing than the Barana Music Festival, held last September at Behistun Palace in Bisotun, Kermanshah, he said.

The site located northeast of Kermanshah city is known for its beautiful bas-reliefs of the Sassanid era (3th to 7th century). The carvings, including the one with women playing lyre, are among the finest and best-preserved examples of Persian sculpture under the Sassanids.