Ahmadinejad calls on US to stop meddling in foreign states’ affairs

Former Iranian President Mahmoud Ahmadinejad wrote an open letter to US President Donald Trump on Sunday calling on Washington to stop meddling in the internal affairs of foreign states.

“What outcome has meddling in other’s affairs and military deployments to other regions and imposing thousands of US military, security and intelligence bases across the globe had, except for insecurity, war, division, killing and displacement of nations? Have the measures brought about anything beyond hatred and animosity toward US leaders, notoriety for the US people and imposition of military expenditures?” Ahmadinejad wrote in the letter, published by the Tasnim news agency.

Ahmadinejad also condemned the “dominance of the consecutive US administrations” over the United Nations, which led to obstructing the organization’s work.

“Time has come for the center for manifestation of collective- and- free will of nations to be set free from the destructive dominance,” Ahmadinejad wrote, adding that the United Nations “is the shared human heritage and the result of man’s hope for building a better world”. 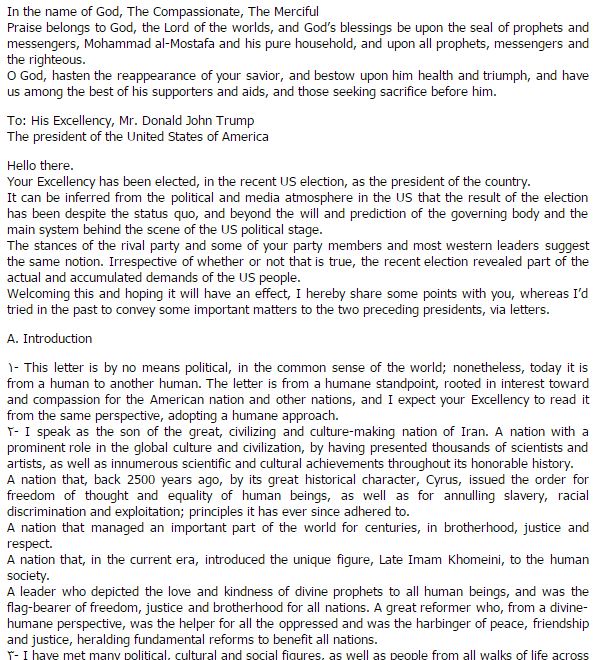 This is not the first time Ahmadinejad writes a letter to a US president. While still in office, he wrote a letter to then-US President George W. Bush, and in 2016 he addressed Barack Obama.