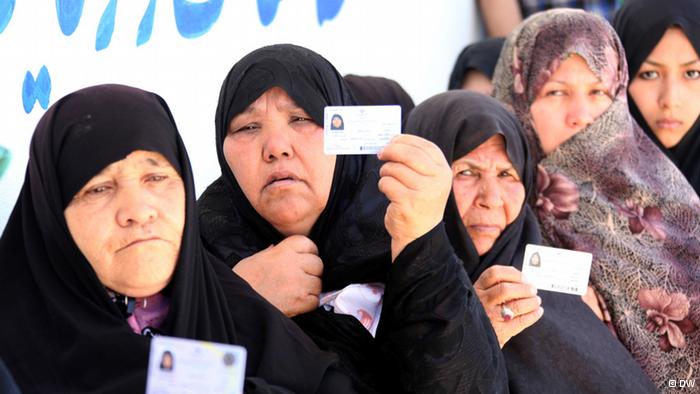 Iran Review|Saideh Saidi: Introduction- Migratory movements were old as mankind itself. International migration has been changed to some novelties in recent trends, and one of these consists in the increase of female migration. There is extensive literature on gender and migration which try to redress the notion of movement with the gender-based lens to analyze how women and men’s migration experiences differ in various aspects such as adaptation strategies, remittance, and decision-making process.

International migration became a significant feature of the recent years. More than fifty civil wars occurred during last two decades which caused 244 million international migrants in 2015 includes almost 20 million refugees (United Nations 2015) which means that one people in every 28 is immigrant. Female refugees make up almost fifty percent of the refugee population and it outnumber male immigrants in some parts of the world such as Europe with 52.4 percent. The share of women in migration has been increasing significantly and world is approaching to more feminized migration patterns (Boyd 1999; Gusman 2013; Castles and Miller 2003).

This paper tries to analysis migratory movements through a gender lens and examine new trend of the “feminization of displacement” in case of Afghan female involvements in migratory patterns. Gender as an integral part of migrants’ experience has a huge impact upon migration patterns and the role of Afghan migrants within the transnational network. Both women and men face different opportunities and challenges during their migration and have different strategies to cope with various issues comes up with refugee process; they also have different experiences towards identity formation in their host society which indicates that migration is not a “gender-neutral” phenomenon (Boyd 1999).

Migration as a life event is an essential part of Afghan history and Afghanistan has been the focus for greatest and most complex refugee crisis in the modern history. According to official reports 76 per cent of Afghans have had some experience of displacement in their lifetime (ICRC 2009). The prolonged civil war in Afghanistan creates one of the world’s largest chronic refugee and displacement problems. The on-going “exodus” of Afghans continue to make this country as one of the main sending countries globally; many Afghans are settling in neighboring countries (predominantly Iran and Pakistan), a growing number making the hazardous journey towards European countries or Australia.

Gender is an influential factor over social, economic, and demographic consequences of migration. In general, the stereotypical image of Afghan immigrants continues to be male and women merely wives and dependents who follow their husbands. Although there is an increasing trend in international migration in case of female breadwinners  but Afghan migratory flows specifically in terms of labor migration is still predominantly a male phenomenon. Usually the number of male is higher than that of women in such migration flows due to less economic resources available for women and also they have been encountered more dangers during their transit.

The war had a catastrophic effect on women of Afghanistan. While violence against civilians, mass murder and gang rapes in Afghanistan has taken a specific toll on women and children, the number of Afghan women fled from chronic conflicts has been increased in recent years and consequently many women decided to migrate as a private solution to a public problem.

Every migrant has a very personal and unique experience. People decide to migrate for different reasons. Urbanization, enhancement of education, empowerment in terms of skills and knowledge, and late-marriage are main reasons to increasing number of female substantial share in internal and international migration in Afghanistan. For some Afghan women decision to migrate made to get out of a bad and abusive marriage and fleeing from domestic violence. For some educated Afghan women who had been in Iran or Pakistan for years, education and employment discrimination is the main reason to decide for re-emigration to the West to better utilize their skills and enjoy better paid jobs.

Afghan women also migrate as wives and brides; therefore, their migration status is tied to that of their spouses. The rate of female participation is also high in case of emigration for domestic work and caregiving jobs (which is a popular trend among Eastern European and South-East Asian women).
By inserting “family reunification” category in asylum procedure, the number of migrant women increased significantly in the past two decades. Historically, this category is considered as a consequence of labor migration.

Afghan women and children tend to dominate in the immigration category of family unification or family formation worldwide. Many Afghans migrated to the West to join one of their immediate family members, which was a secure way to reduce their risks of journey and settlement with the help of their social networks. Sometimes friends or relatives, who have been settled in destination countries for some years, are an important factor in Afghan women’s decision to migrate and providing direct access into the migration process. Since in many cases it is impossible for the entire family to emigrate, Afghan male member of the household have been migrated first in order to pave the way for remaining family members and while they have been settled and earn some money to bring their family members to the destination country (Lipson & Omidian  1997; Zulfacar  1998).

On the other hand, the issue of “Afghan unaccompanied minors” newly became a challenging issue which show many Afghan families send their children to Europe or Australia illegally without adult companions with the help of ghachaghbar (smugglers). Some Afghan minors migrated even without a clear objective about destination country in mind. These children emigrate to Europe, apply for humanitarian protection as a refugee and when their plea has been accepted invite their extended family to the host country. Their journey is full of hardship and danger which put children in trouble. However, the majority of Afghans in this category are male. It is rare to identify unaccompanied Afghan girls and if it is happened mainly they are travelling with an older brother.

“Migrant mothers” is a new trend in Afghan migration pattern in Europe in 2000s. Although Afghan society has a tangible connection with tradition, but recently there is a shift in Afghan women migratory behavior in their way of move.

They are now migrating more independently rather than as family dependents. For Afghan women who emigrate alone in the Europe and do not have extended family in the destination, the first problem upon arrival is an immediate safe place to stay. To increase their chance for their asylum plea, some Afghan women assumed if they leave their children behind in the origin country, their asylum request might be tolerated and accepted on humanitarian ground by Western governments. It is a suffering experience both for mothers and children left behind which has intense impacts in terms of psychological health and emotional burden in both sides.

Immigration as a Gendered Experience: Who is Deciding?

Migration, as a dynamic situation has a tremendous impact upon women’s lives. Migration is part of family and community survival strategies to gain the long term security and sustainability issues. In the case of Afghan migrants in diaspora, decision to migrate is not taken only by one person but is taken jointly in the household unit.

Although there are economic factors and non-economic factors affect the decision to emigrate for many Afghan women having a better social and economic upward mobility can often be a driving force in the decision to emigrate. Although the political and economic situation in Afghanistan is not in a good situation and many Afghan families had fled for survival but for some Afghans leaving Afghanistan was a matter of “choice” and emigration had been an “option” and they did not have to leave their homeland because they had a prosperous life style; they admitted migrating to developed countries may have helped them “live better”.

By analyzing their lives before residing in developed countries and reasons made the emigration happened shows that they were not victims of war-torn society rather active agents who determined the course of their lives. Some Afghans in Germany, for instance, especially single student women, interpreted migration in terms of “individual agency” based on their desires; however, sometimes they made reference to economic and political conditions which had made it necessary for them to seek a livelihood abroad.

Decades of war have created a generation that is used to war and violence and intended to leave their homeland. Since Afghanistan is a traditional society and also inequality between men and women to access to the information about migration, there are few female member of families decides to go alone with lure of ghachaghbar (smugglers), but recently the number of Afghan girls heading to Europe without their families slightly increased. The majority of Afghan women in diaspora were usually seen as tied-movers not agent of migration; they generally face more drastic decision-making and financial restrictions than do men, which can pose obstacles to freedom of movement.

It is widely accepted that male members of the Afghan family are the main decision-makers in migration process but recently it seems that female member of the family also strongly influence the decision-making process. For some Afghan families, although the starting intention for emigration was from female member of the family, it is finally decided by father or elder son. Most often Afghan female members of the family have been accompanied by husband, father or other distant family members. Although Afghan girls must obtain the consent of their parents before leaving, some of Afghan youth apply for asylum after graduation to stay in the receiving country.
Conclusion
Afghanistan is marked by huge migration and refugee outflows, as well as internal displacement and massive exodus due to prolonged war and conflicts, insecurity, natural disasters, poverty, and gender inequality. Their social and political participation is limited and harassment is widespread, and security environment deteriorates every day; therefore, for many Afghan families, migration has become a livelihood strategy (Stigter & Monsutti  2005). For a long time, women have remained under-presented and rarely analyzed in migration studies and the general assumption was that most migrants were male. Men and women decide to migrate based on different reasons; while generally men emigrate according to economic motivations, women’s international movements are based on social and cultural desires. A gender perspective is progressively becoming part of migration studies. Recently the term “feminization of displacement” has become commonly used and observable all over the world. The search for a better and more secure livelihood drives many Afghan women to migrate. Nowadays, expansion of improved telecommunications and transportation infrastructure has made the migration process much easier compared to the past. There are remarkable changes in the situation of urban Afghan women, both in Afghanistan and also the second and third generation immigrants in neighboring countries especially Iran and Pakistan in terms of educational attainment, self-empowerment, acquisition of living world languages, and expansion of international connections via the Internet. Due to the above-mentioned changes, female members of the society represent an increasingly disproportionate percentage of migrants globally and more women are now migrating independently in search of better life. It is time to acknowledge their important share in migration domain by policymakers, governments and the humanitarian community and properly incorporate women issues in migration and refugee policies which is an important step toward ensuring the safety of displaced women worldwide.

*These views represent those of the author and are not necessarily Iran Review’s viewpoints.

Afghan refugees in Iran, Iran-Afghanistan relations February 16, 2017
The Trump Team’s First Loss: Who was behind Flynn’s resignation
Why US concerned over Iraqi popular forces possible deployment to Syria?