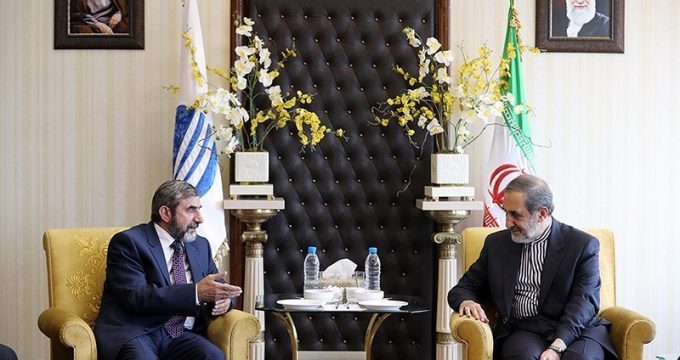 Tasnim– Head of the Strategic Research Center of Iran’s Expediency Council Ali Akbar Velayati said splitting Iraq into three parts among Shiites, Sunnis and Kurds is in contradiction with the Arab country’s polices.

Speaking at a meeting with Secretary General of the Kurdistan Islamic Union Salaheddine Bahaaeddin on Wednesday, Velayati warned against a plot hatched by enemies of the Iraqi people to disintegrate the Arab country, saying that dividing Iraq into three parts for Shiites, Sunnis and Kurds is contrary to Baghdad’s policies.

He further praised the current democracy in the Arab country and said Iraq is one of the most democratic countries among Arab and Muslim nations.

Velayati, who is also a top adviser to Leader of the Islamic Revolution Ayatollah Seyed Ali Khamenei, also pointed to Baghdad’s campaign against terrorism and said the Islamic Republic of Iran will continue its support for the Iraqi nation and government against the phenomenon.

In recent years, Iraq has been facing the threat of terrorism, mainly posed by the Daesh (ISIL) terrorist group.

However, a combination of concentrated attacks by the Iraqi military and the volunteer forces, who rushed to take arms after top Iraqi cleric Ayatollah Ali al-Sistani issued a fatwa calling for fight against the militants, have blunted the edge of Daesh offensive.