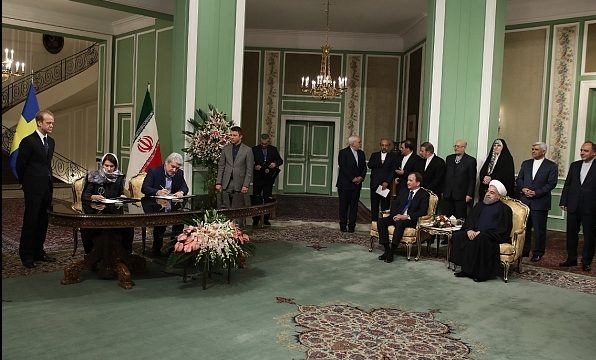 February 13, The Iran Project – The Iranian minister of science, researches and technology says Iranian universities can accept Swedish students in some certain courses like Middle East studies and Iranian and Islamic art.

In a meeting with Ann Linde, the Swedish minister for EU affairs and trade on Monday, Dr. Mohammad Farhadi said today, Iran has very close scientific and research ties with other Europe Union countries, including Germany, Austria, France and Italy.

Farhadi also referred to the MoU signed between the Islamic Republic and Sweden during the Swedish prime minister visit to Iran, calling it an important step in the two countries scientific relations.

He went on to say that the exchange of professors and students, joint scientific and research projects, and holding the meetings between the two countries’ heads of universities are among the most important aspects of mutual scientific ties.

About 439 Iranian students are now studying in Sweden, he said and expressed hope to eventually see a two-way student exchange develop between the two countries.

Ann Linde, for his part, said we are well aware of Iran’s scientific and technological progress and seeking good cooperation in the field of health, science and engineering with the country.

Heading a high-ranking politico-economic delegation, the Swedish Premier Stefan Löfven arrived in Tehran on Friday night for a three-day visit, and Swedish Minister for European Union Affairs and Trade Ann Linde accompanied him as well.