The film is remarkable and rich, the kind of experience you turn over in your mind for days afterwards, discovering new facets that reflect new themes or ideas. Above all, the film affirms the essential humanity of every person—even and especially the “villain”—and exposes the emptiness and absurdity of revenge-taking.

In the midst of a campaign by the American government to whip up bigotry and prejudice against Iranians—as well as war threats against that nation of more than 80 million people—such a film is most welcome.

Emad (Shahab Hosseini) is a schoolteacher in Tehran well-liked by his students. He and his wife Rana (Taraneh Alidoosti) are also performing in a production of Arthur Miller’s The Death of a Salesman. The film alternates between this “play within a play” and life outside the theater, with obvious parallels between them.

When the structural integrity of their apartment building is compromised by nearby construction, Rana and Emad are forced to move into a new apartment. Arriving at the new place, the young couple find the belongings of the previous tenant, a mysterious prostitute.

One night, tragedy strikes. Coming home, Emad discovers that Rana is in the hospital with serious injuries. Believing that it was her husband, Rana had apparently unlocked the door for someone else.

Rana and Emad are both traumatized. A sexual assault of some sort has likely occurred, but its precise nature and severity are unclear. What happened to Rana? Does Rana even know? Emad, like the audience, does not know. He wants to find out.

Much is intentionally left ambiguous about what happened. Ambiguity, Farhadi once told an interviewer, “is important and valuable because it helps the audience to go think about the film after they’re done seeing it and the film doesn’t finish in the audience’s mind.”

Rana and Emad do not trust the police; nobody does. The couple wavers, but ultimately decides not to report the incident to the authorities. People would gossip; too many questions would be asked. The prior tenant’s activities would come to light. Rana would be asked why she unlocked the door for her assailant. 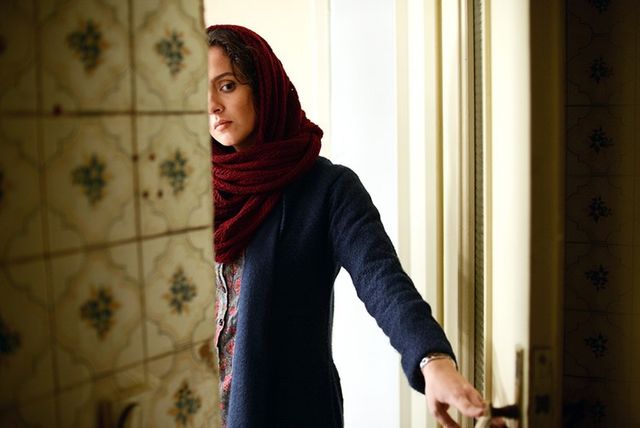 Emad searches for answers on his own, and tension builds. The Salesman ’s climactic scenes are unforgettable, with powerful performances all around. In particular, Rana’s quiet, searching, confused, conflicted, reproachful expression when she discovers what her husband has done is one of the film’s strongest moments.

In many films inflicted on the public nowadays, audiences must be hit over the head and everything spelled out—a product of focus groups and industry consultants who imagine that the lowest common denominator translates into box office success.

In Farhadi’s film, as in real life, things are much more complex and interesting. Human behavior is conditioned by often contradictory pressures, which the individual may or may not be able to fully articulate. Cultural artifacts of earlier periods clash with modern reality. If convention requires it, humans may say the opposite of what they know or think or feel. Meanwhile, we get to know one another, we learn to read each other. The more sensitive eye and ear can detect in others the subtle expressions of what is deeper and more genuine.

Farhadi and his team manage to achieve characters that very nearly come across as real people. “They have to feel like real life,” Farhadi once said of his characters. By the end of The Salesman, we have gotten to know Rana, Emad and others. A mere glimpse of one of their faces suffices to invite us to experience the moment in that person’s shoes, to experience his or her inner conflicts.

The film criticizes the notion that a sexual crime, however traumatic and terrible, must be followed by swift and bloody revenge. Emad carries this reactionary trope to its logical conclusion (or he is carried by it). The perpetrator (masterfully performed by Farid Sajjadi Hosseini) turns out to be, to everyone’s amazement and consternation, a human being too.

When Rana tells Emad, “You are taking revenge,” the audience understands it as a reproach. Right-wing politicians and personalities around the world, who base themselves on howling for the blood of “sexual perverts,” are all dealt a blow. 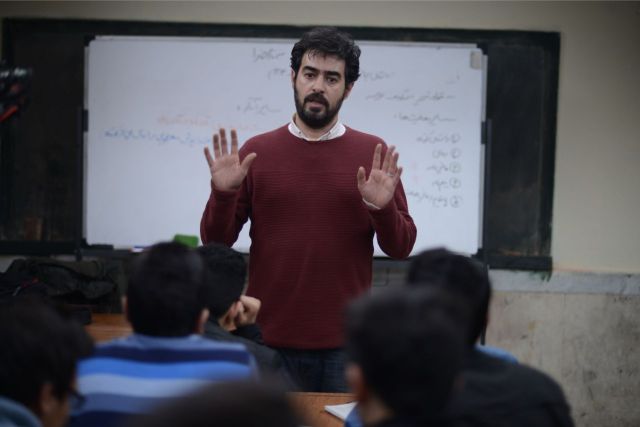 This reviewer has only seen one other Farhadi film—A Separation—but this one left an even stronger impression.

Farhadi paints a complex and credible portrait of urban life in modern Iran, but he is aiming for more universal themes. “This story is not a local story for tourists to peer at from the outside,” he said of A Separation. “I would hope that people from all over the world could relate to these characters.”

“Most of the film takes place inside an apartment,” Farhadi told interviewer Matt Fagerholm, “but once the film has ended, you feel like you’ve seen the whole city.”

That’s not to say that there are not critical observations that might be made. In The Salesman and A Separation, the characters for the most part belong to an urban, generally better-off set. This reflects a definite orientation and outlook.

Farhadi has said that in Iran, “there are two very different classes. The middle class is the largest section of society, and that’s a good thing. The middle class that we see is also a young class. Historically, we’ve never had a middle class, and as such it is a young phenomenon in our society. When I say middle class, I mean it’s a class that’s familiar with modernity, which is grappling with creating harmony between tradition and modernity.” He acknowledges that this class is the primary subject of his films.

On the one hand, here is an artist who recognizes that social being is important. On the other, there is much confusion here. If the middle class is a “good thing,” aspiring to harmonize tradition and modernity, what and where is the working class? Traditional and reactionary, perhaps a “bad thing?” Is the middle class really the “largest section of society,” and how did Farhadi reach that conclusion?

A certain protest against the strangling influence of the religious authorities is strongly felt, and the director has a powerful sense for real tragedy, but beyond that, how deep does Farhadi’s criticism go?

One hastens to remember that Farhadi and his performers are working under difficult conditions. The threat of the intervention of government censors is always present in Iran. Farhadi has described censorship in Iran as like “British weather,” arbitrary and capricious.

But would Farhadi have more to say if the censors would let him speak freely? Would he be satisfied with a secular, reformed, capitalist Iran, in which the middle class were free to enjoy its social privileges? Why is it that Farhadi’s films are permitted by the Iranian regime, while the efforts of other artists are blocked? These questions are worthy of further investigation.

In the final analysis, perhaps a film that exalts basic human decency and dignity in modern life, executed with skill and subtlety, is not by itself a lot to ask for. But under present conditions it is immensely attractive.

As the World Socialist Web Site has previously reported, the Trump administration’s anti-Muslim travel ban cast a shadow over the attendance of the director and performers at this year’s Academy Awards ceremony. The film was nominated in the Best Foreign Language Film category.

Farhadi issued a statement announcing that he would not attend because his attendance “was accompanied by ifs and buts which are in no way acceptable to me even if exceptions were to be made for my trip.” Nevertheless, he concluded, “I believe that the similarities among the human beings on this earth and its various lands, and among its cultures and its faiths, far outweigh their differences.”

Alidoosti, for her part, announced on Twitter: “Trump’s visa ban for Iranians is racist. Whether this will include a cultural event or not, I won’t attend the #AcademyAwards 2017 in protest.”

This writer viewed The Salesman on the same day the Trump administration issued a barrage of war threats against Iran, with the American president shouting on Twitter that Iran was “on notice” and “playing with fire.”

Such a war would be a horror of proportions almost too immense even to contemplate. All the pejoratives in every language would not suffice to denounce the criminal warmongers in the White House, both political parties, and the media. A war between the United States and Iran must be prevented at all costs.