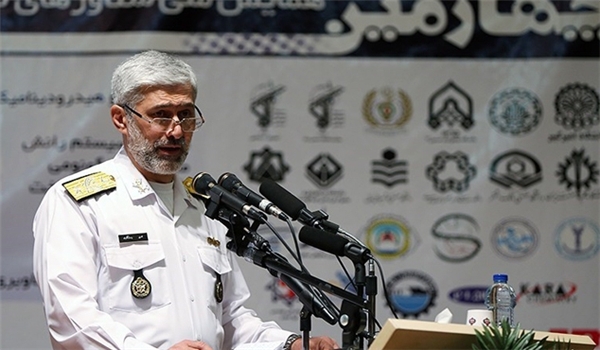 Tasnim– A senior Iranian Navy commander said an advanced marine engine dubbed “Toos”, which has been manufactured by domestic experts at the country’s defense ministry, will be unveiled on Tuesday.

Managing director of Iranian Defense Ministry’s Marine Industries Organization Rear Admiral Amir Rastegari pointed to an upcoming gathering on marine engines due to be held in Tehran on Tuesday and said the Toos marine engine will be unveiled at the event.

He noted that propulsion system is one of the main parts of every vessel and is of high importance.

The commander went on to say that the main objective of the conference is to present scientific achievements in the field of marine engines, collect ideas, research and scientific views of scholars, researchers and industrialists and identify existing capabilities of the country in the field.