A Look at Iranian Newspaper Front Pages on February 7

Iran Front Page- The top story today was the anti-Iran remarks and positions by US President Donald Trump and the reactions they received from Iran and Russia.

Yemen’s claim that it has targeted a Saudi base in Riyadh with a missile also received great coverage.

Newspapers also covered the remarks made by Iranian Foreign Ministry Spokesman Bahram Qassemi about Iran’s missile test and the country’s right to enhance its defensive capabilities.

3- HRW: Myanmar Commanders Responsible for Assaults on Rohingya Muslims Should Be Punished 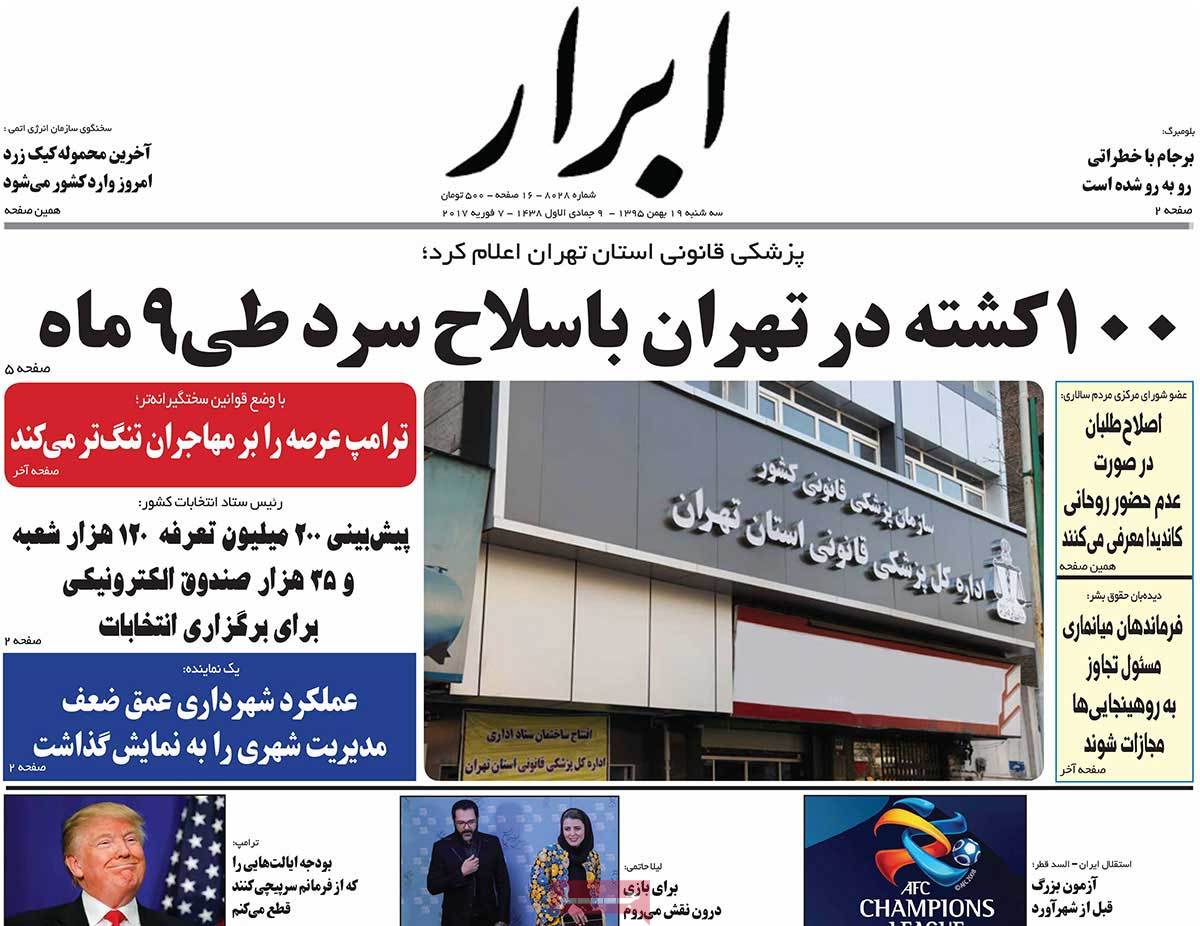 1- Iran Has Not Banned American Companies from Oil Tenders; They Themselves Don’t Have Permission to Take Part

2- 43% Increase in Chinese Investments in Iran 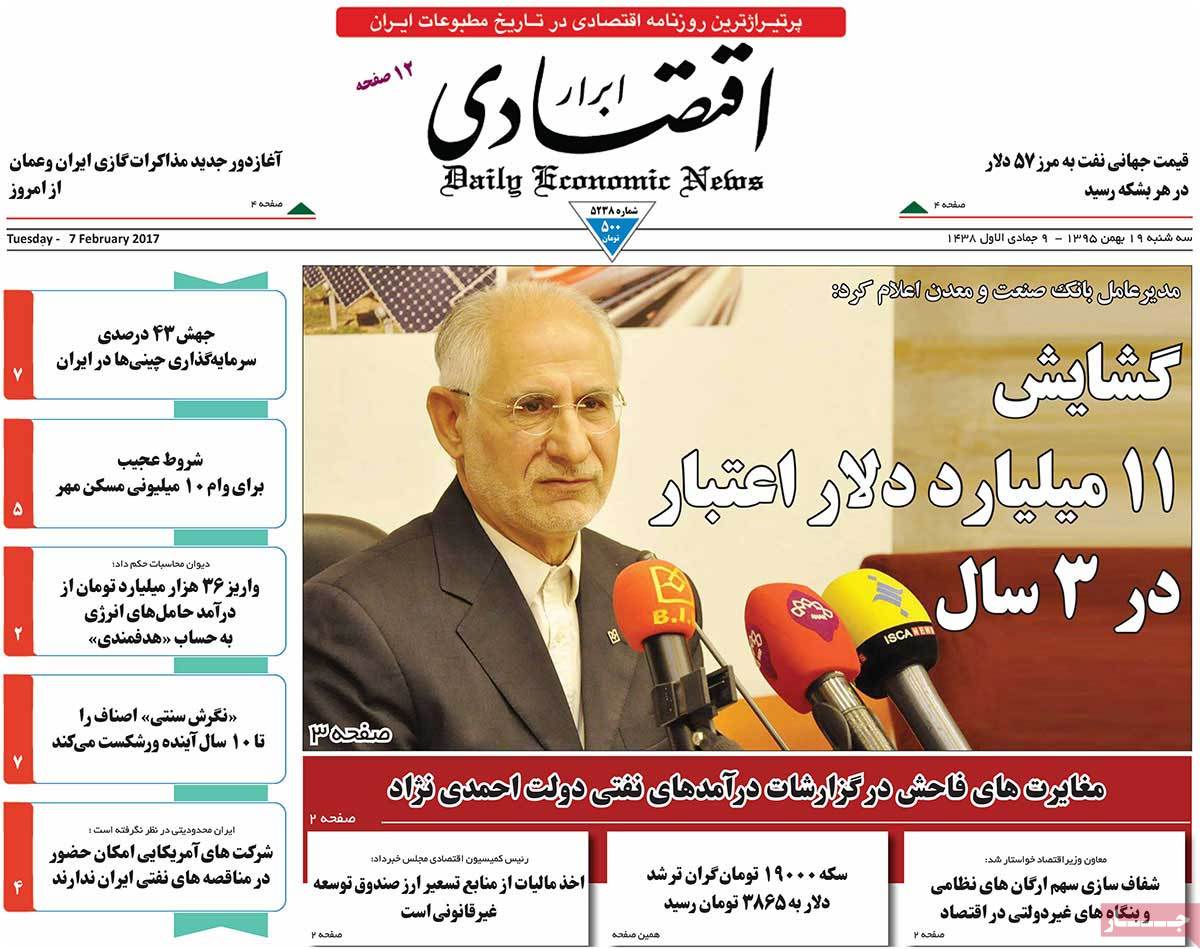 1- Military Forces Cannot Have Political Activities at All 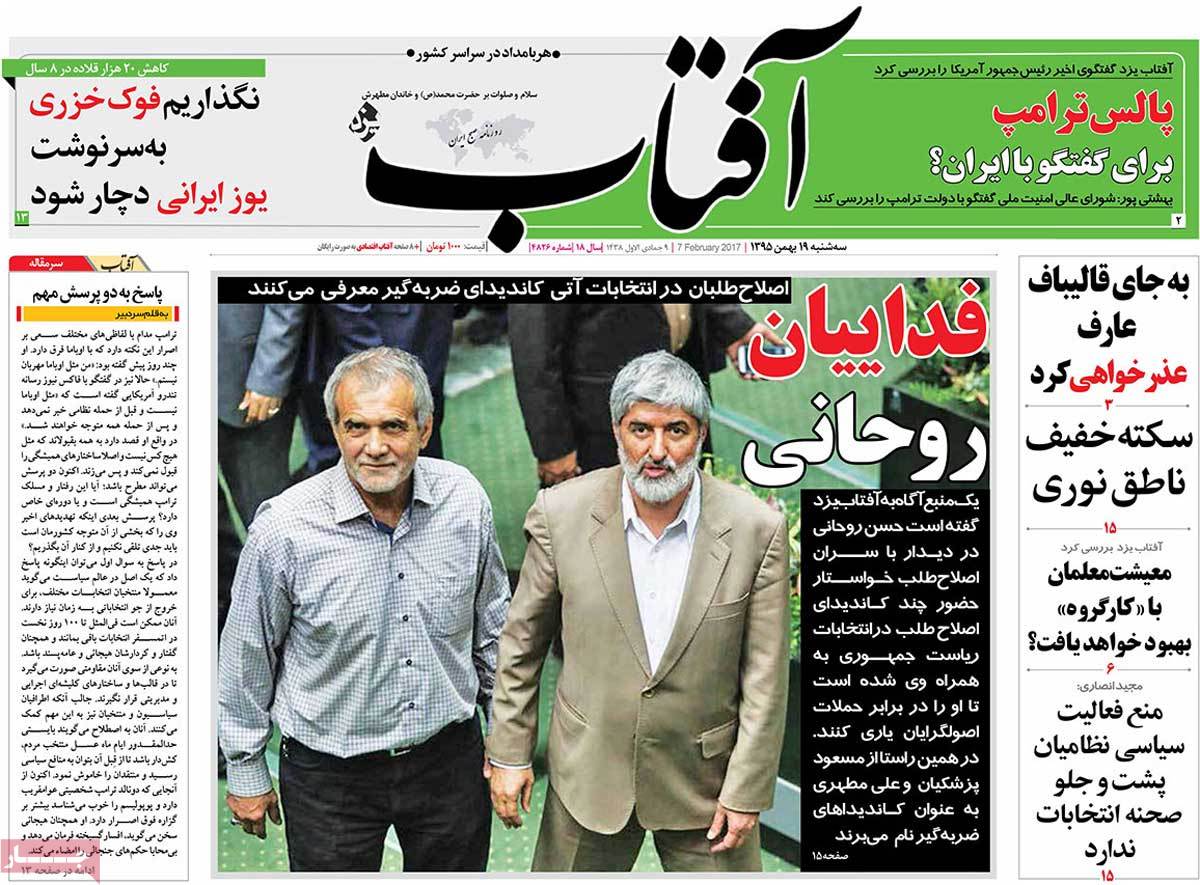 1- Senior Clerics Appreciate Rouhani Government’s Prudence; Clerics Urge Government Not to Be the First One to Violate Nuclear Deal

2- Transport Minister: There Are $100 Billion Worth of Empty Houses in Iran 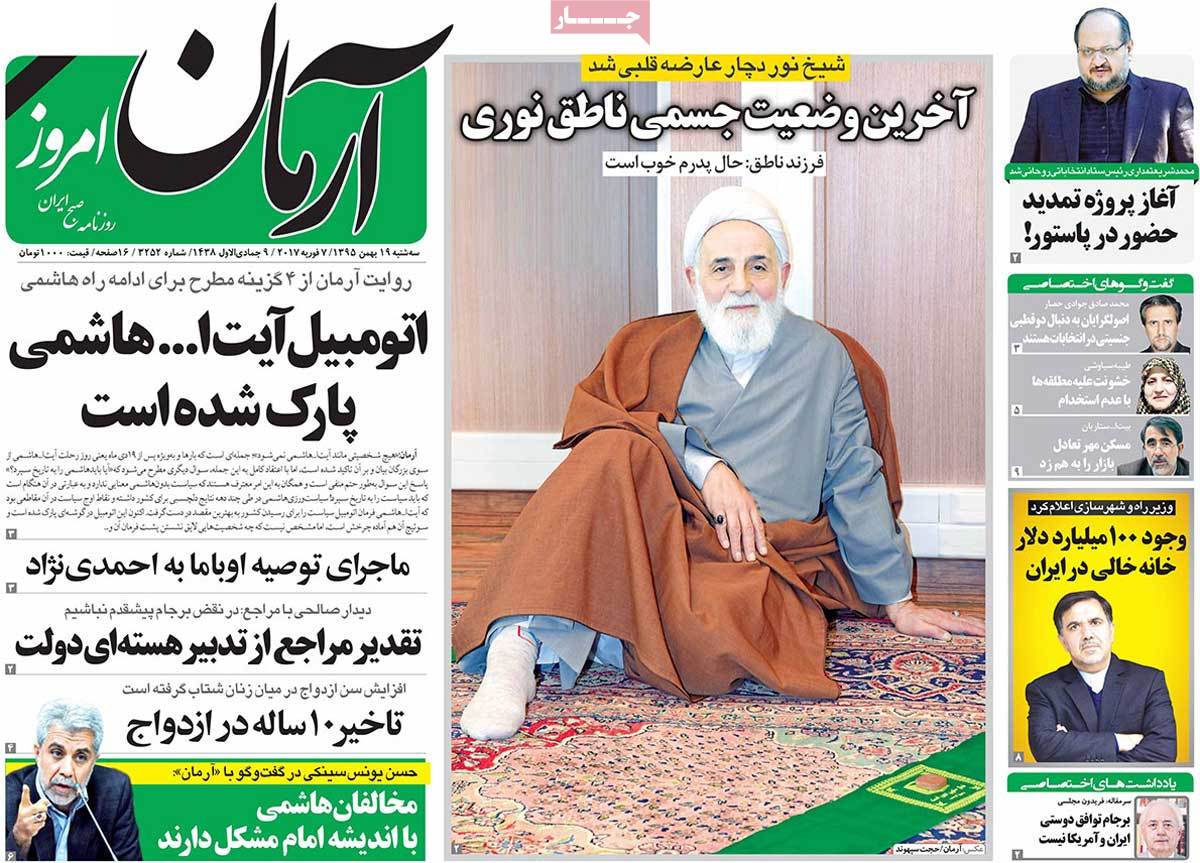 2- Foreign Ministry Spokesman: Iran’s Missile Affairs Not in US Business

3- Oil Minister: Abadan Refinery Will No Longer Be Unprofitable 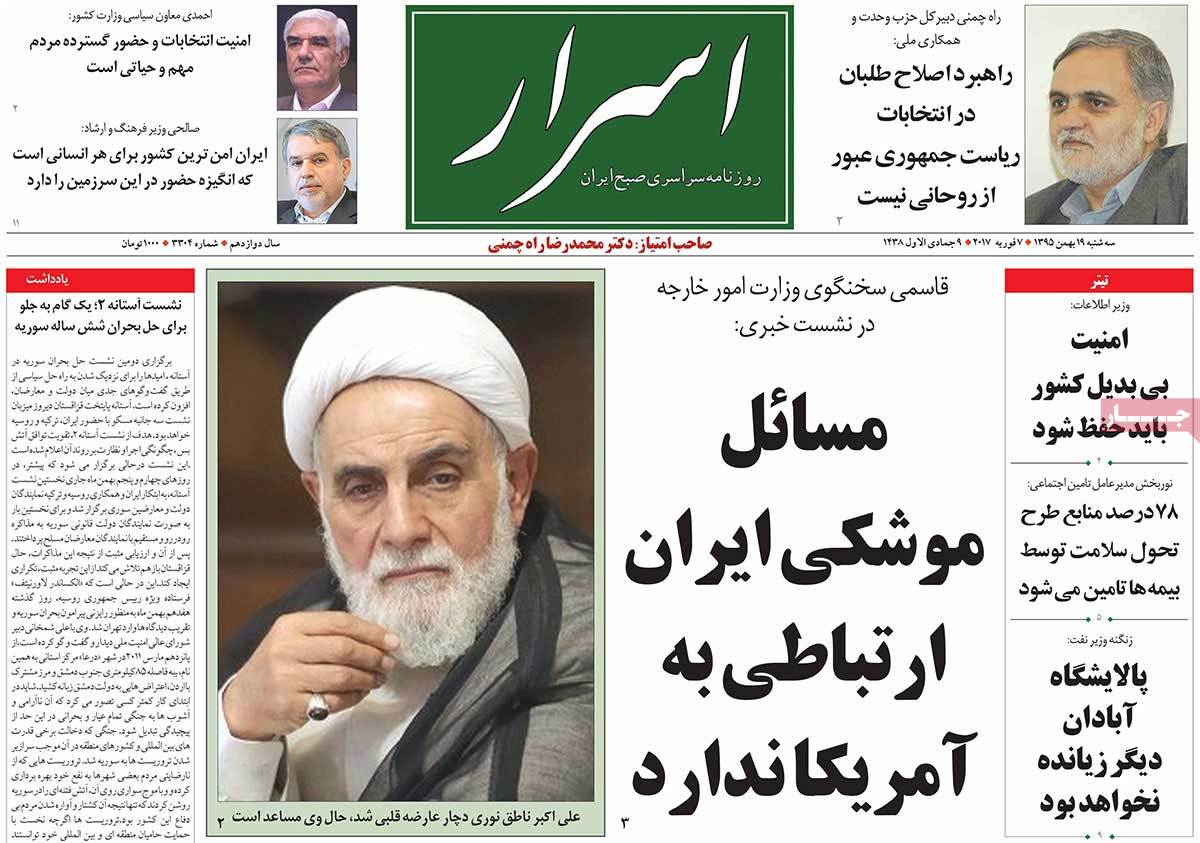 1- Female Reformist MP Underlines Need for Decreasing Violence against Women: We Should Break Taboo of Talking about Street Women 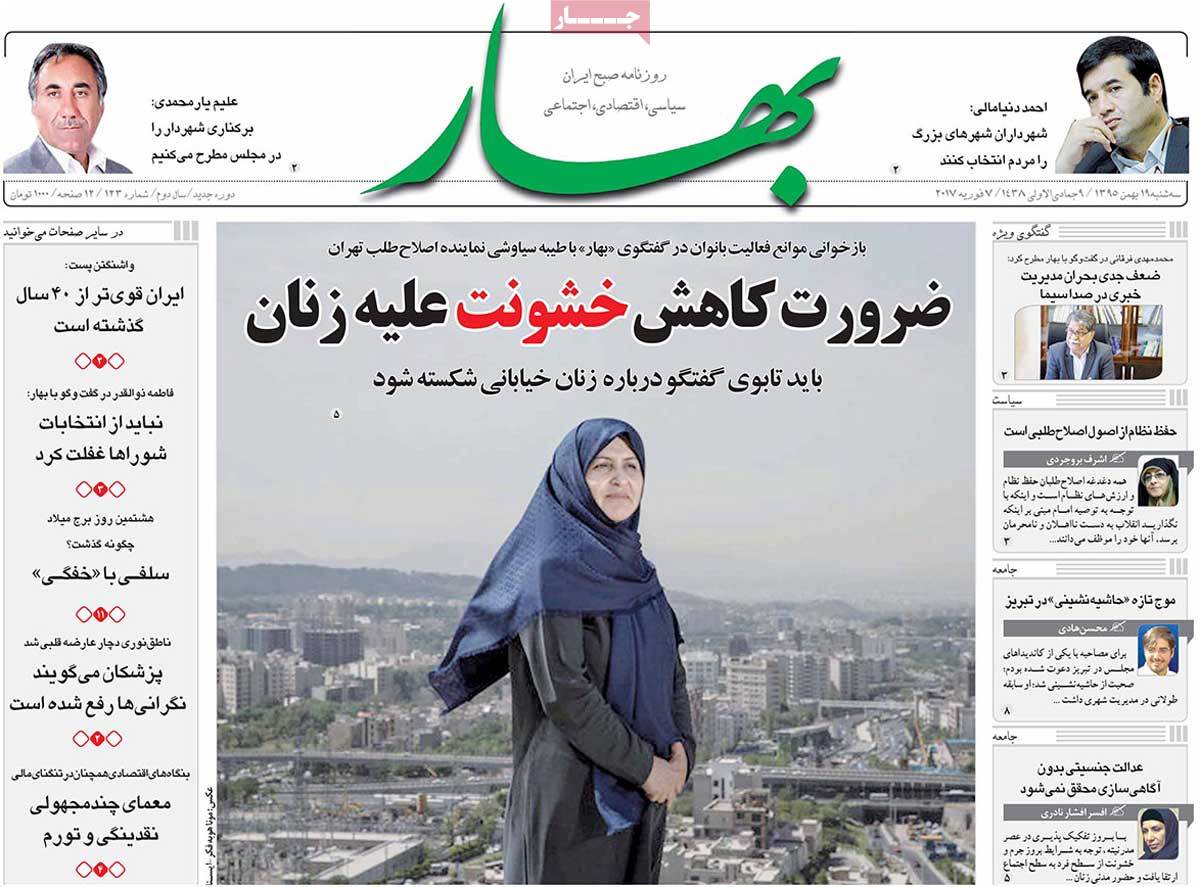 2- Who Is to Blame for Death of Hour al-Azim Swamp? 70% Revival of Khuzestan Province’s Biggest Wetland to Remove Domestic Source of Dust Pollution 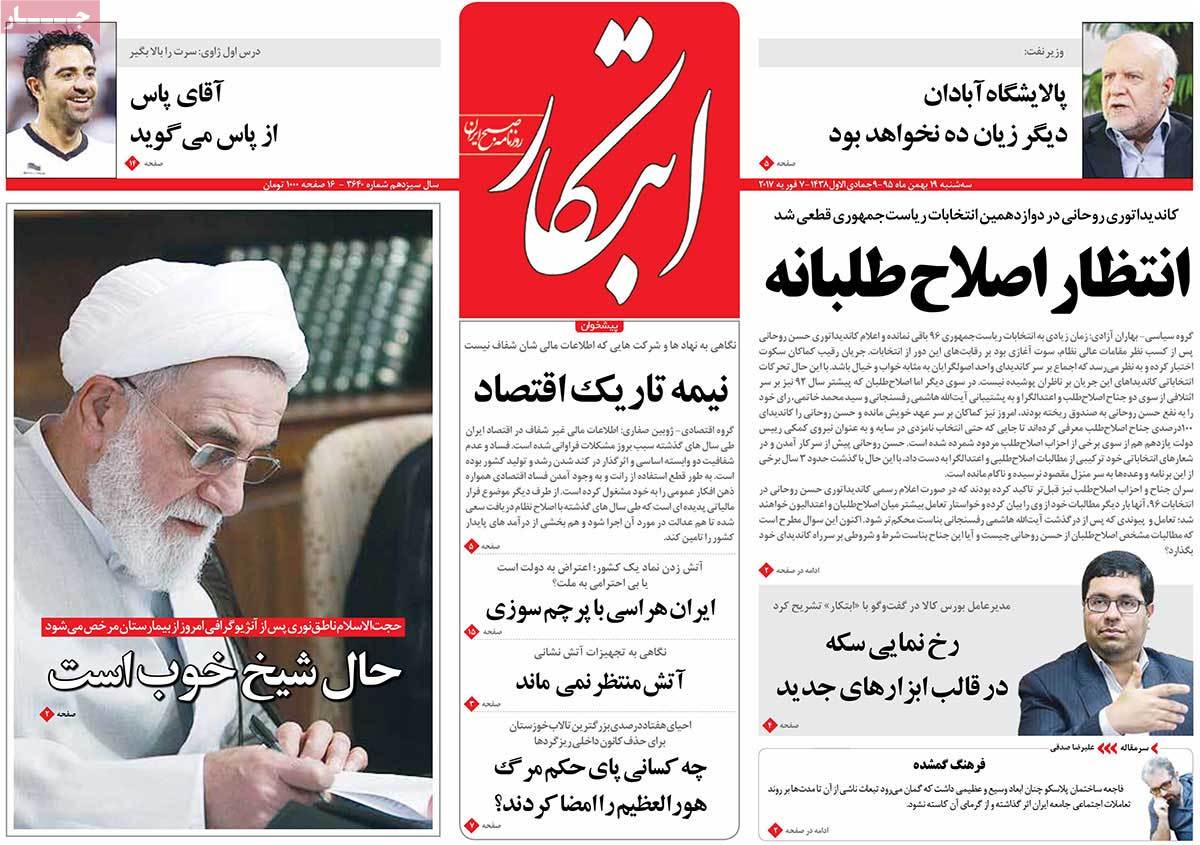 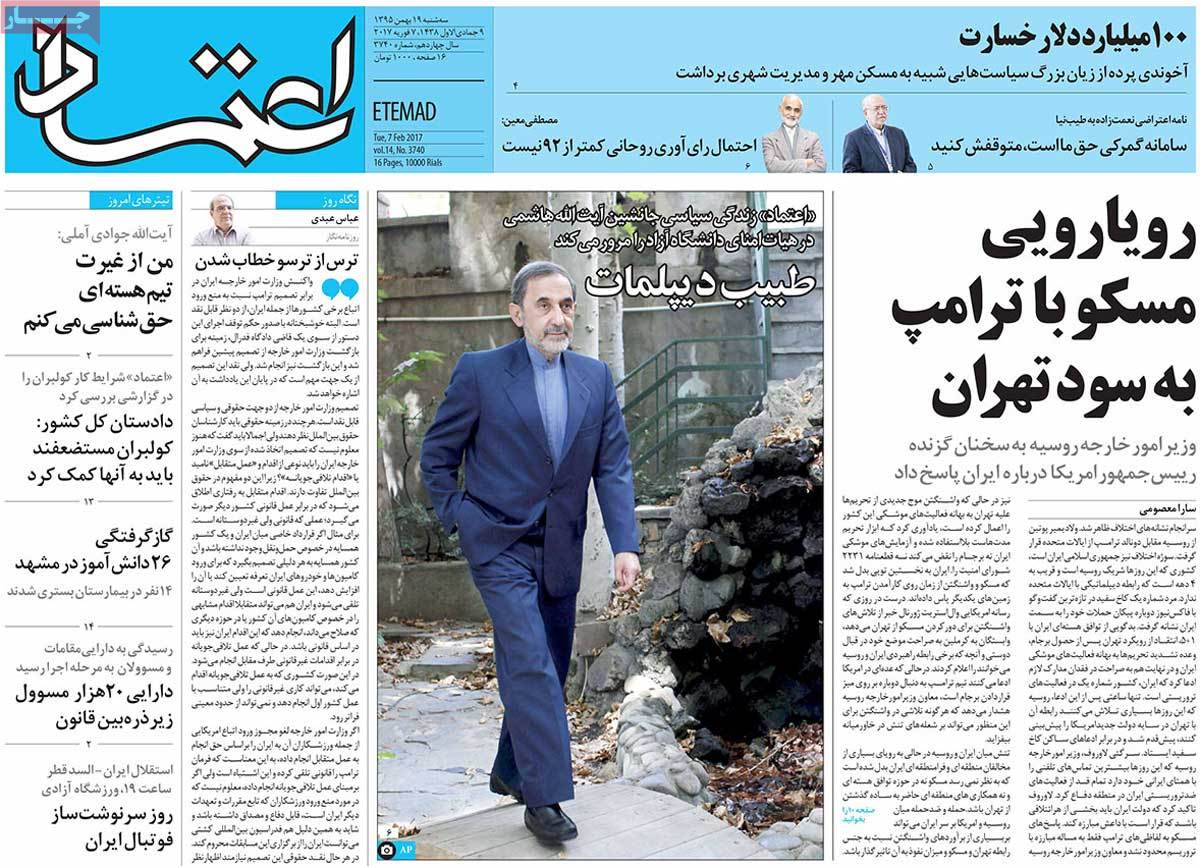 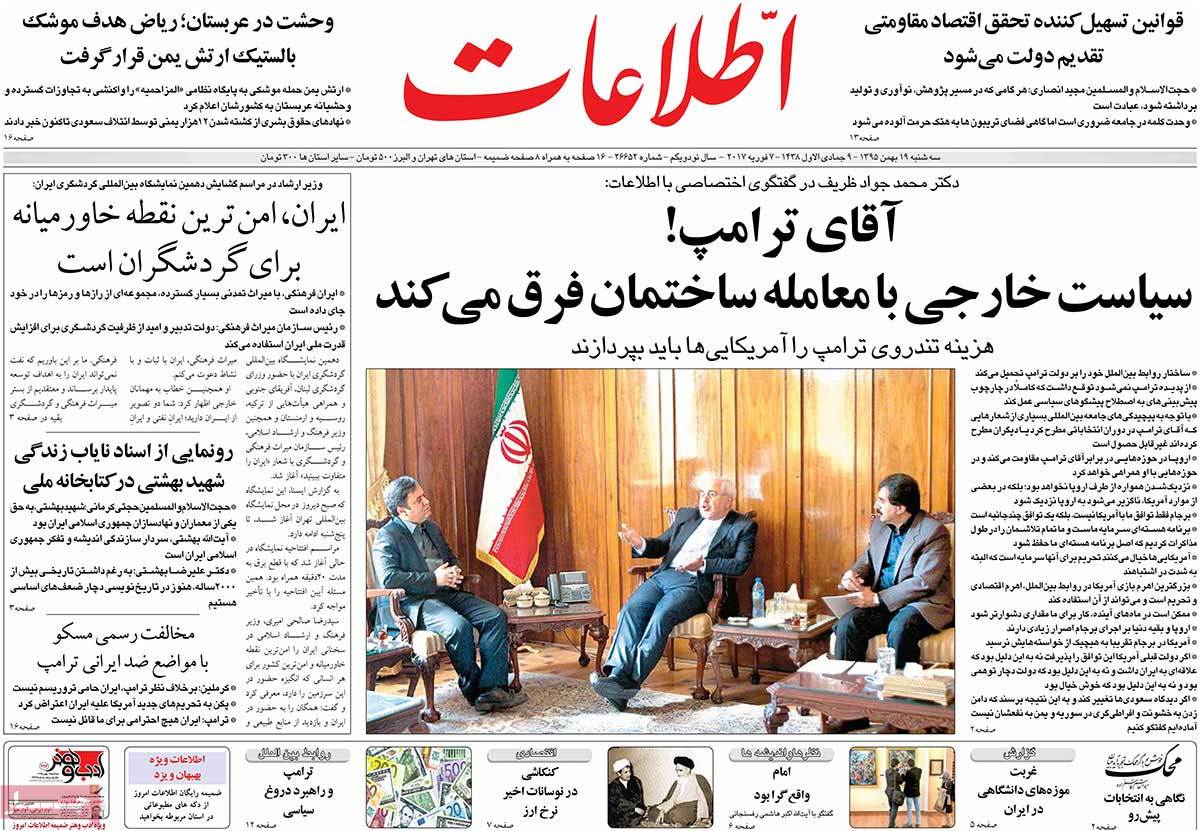 1- Foreign Ministry Spokesman: We’ve Given No Arms to Yemenis 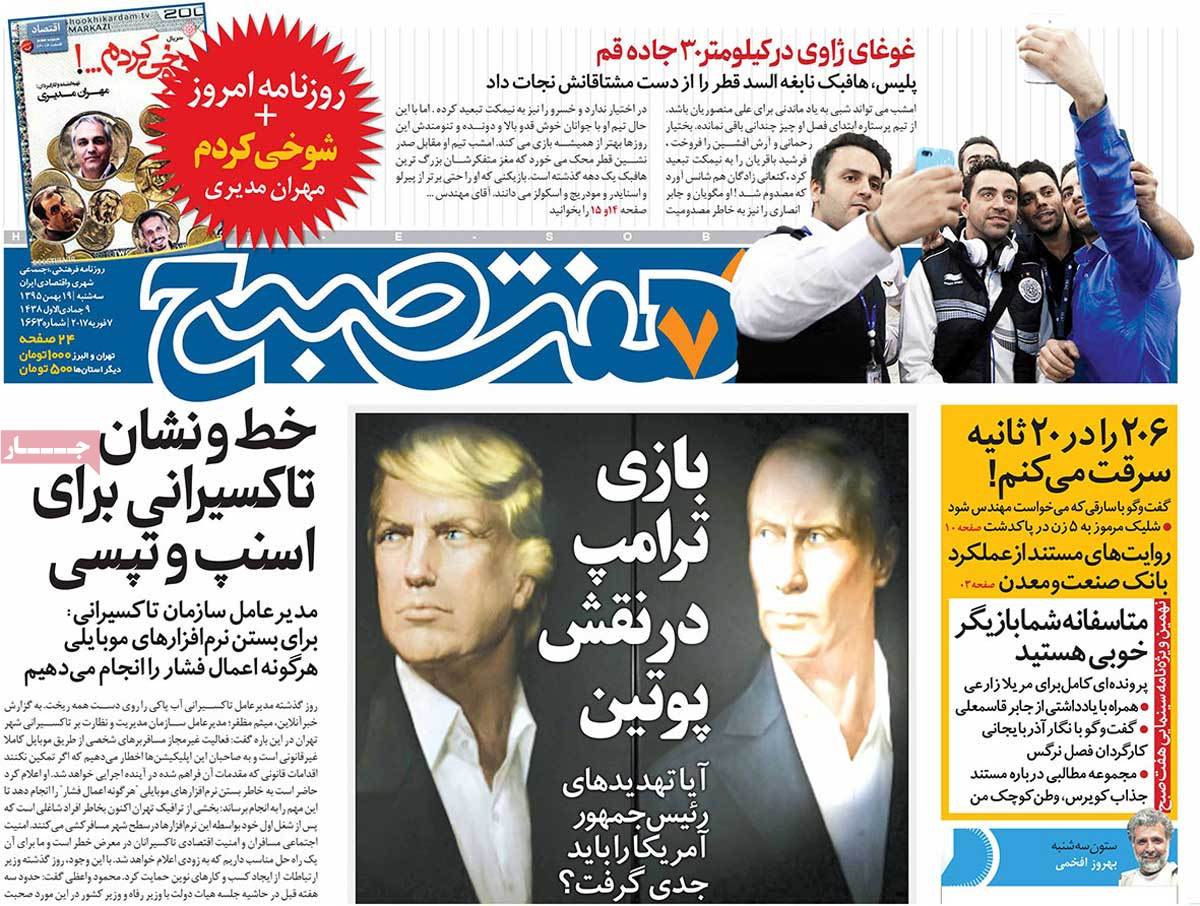 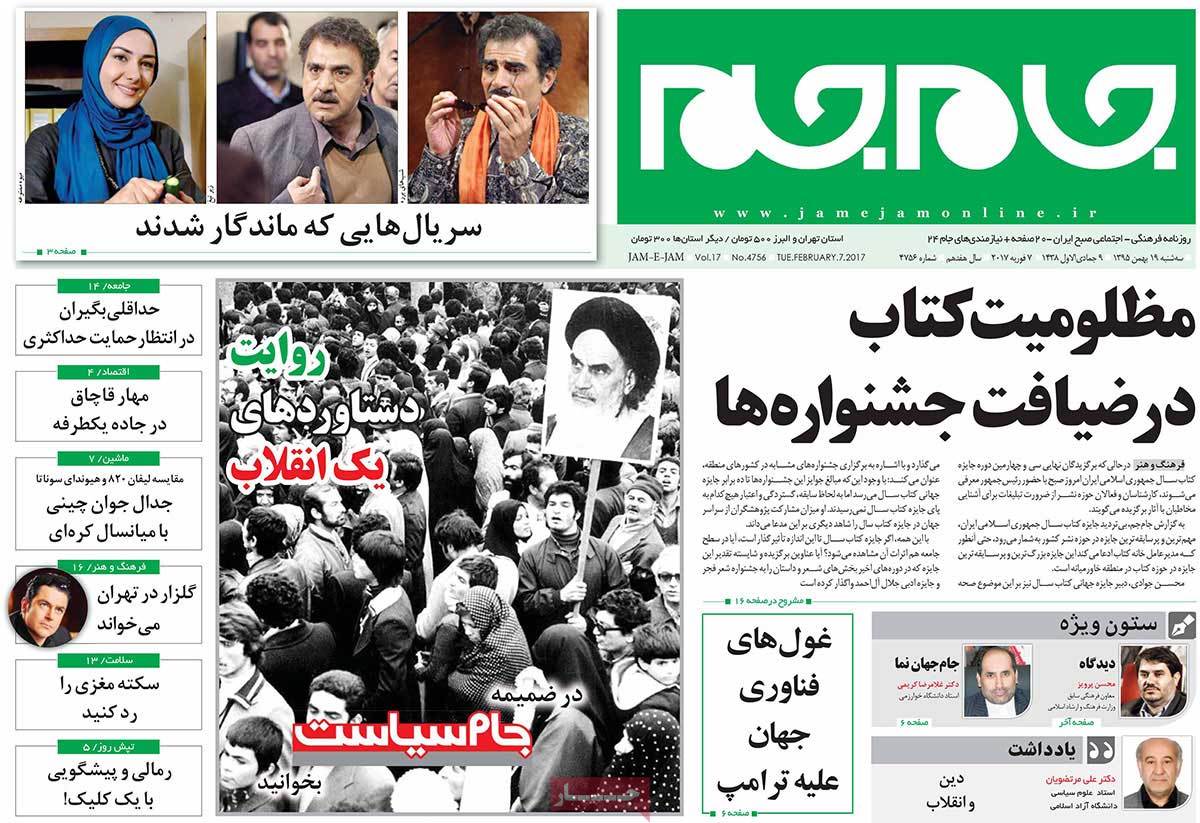 2- Trump Threatens Iran While Begging for Cooperation: We Would Have Been OK with Nuclear Deal If They Said Alright, We’re Now Together! 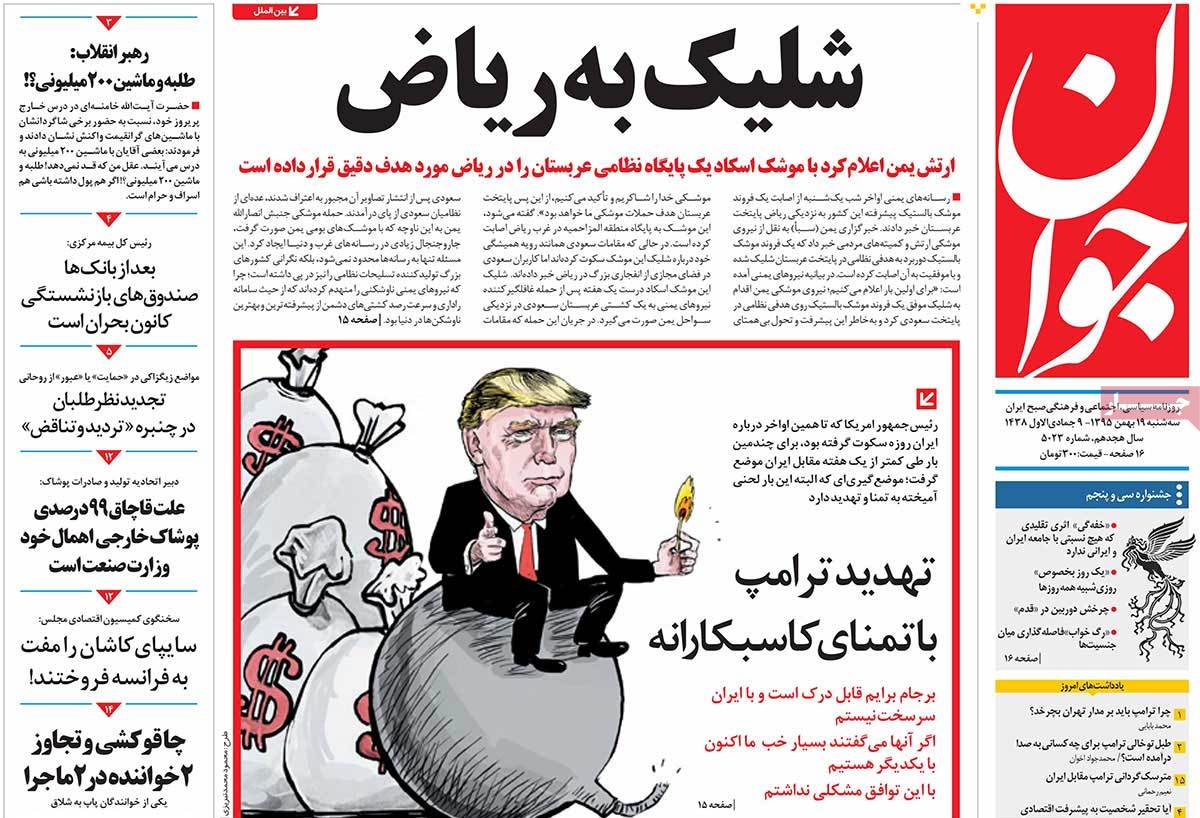 2- Washington Post: Iran Is Now More Powerful than 40 Years Ago

2- Who Is Trump’s Puppeteer? 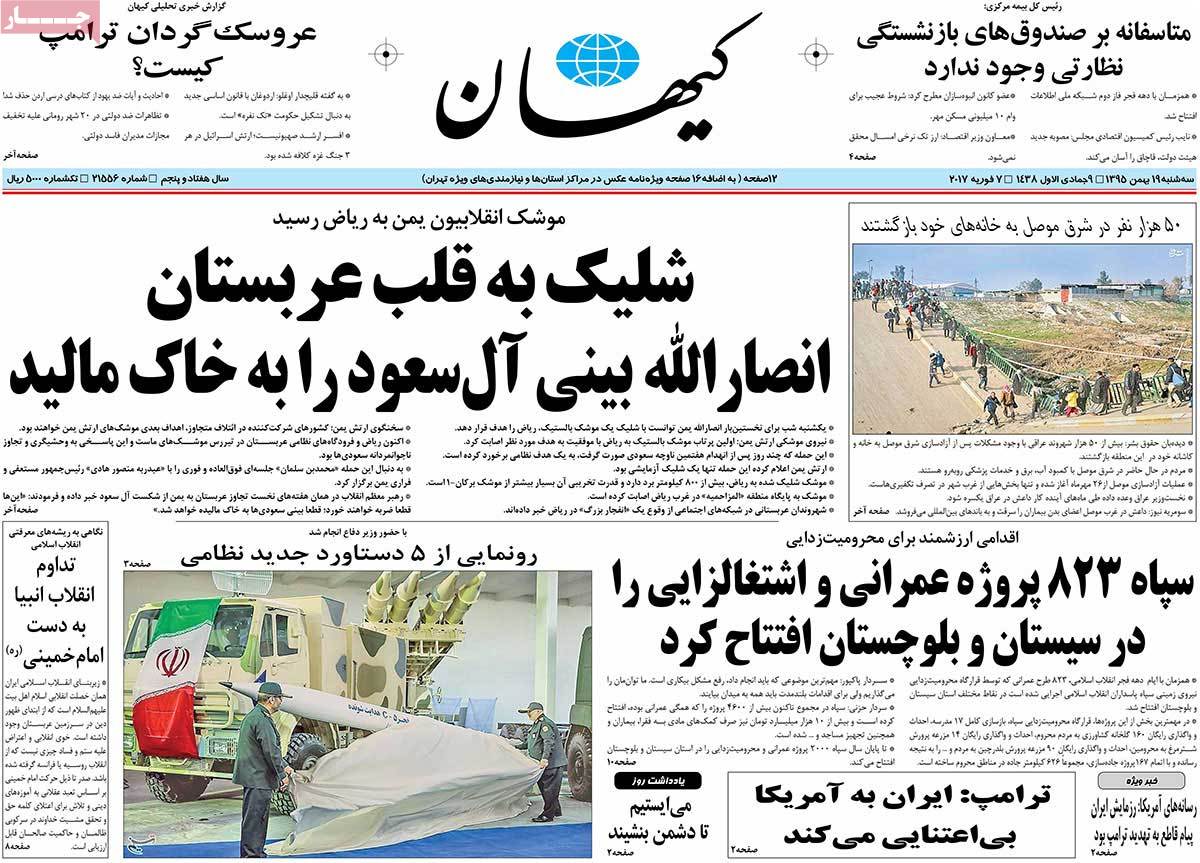 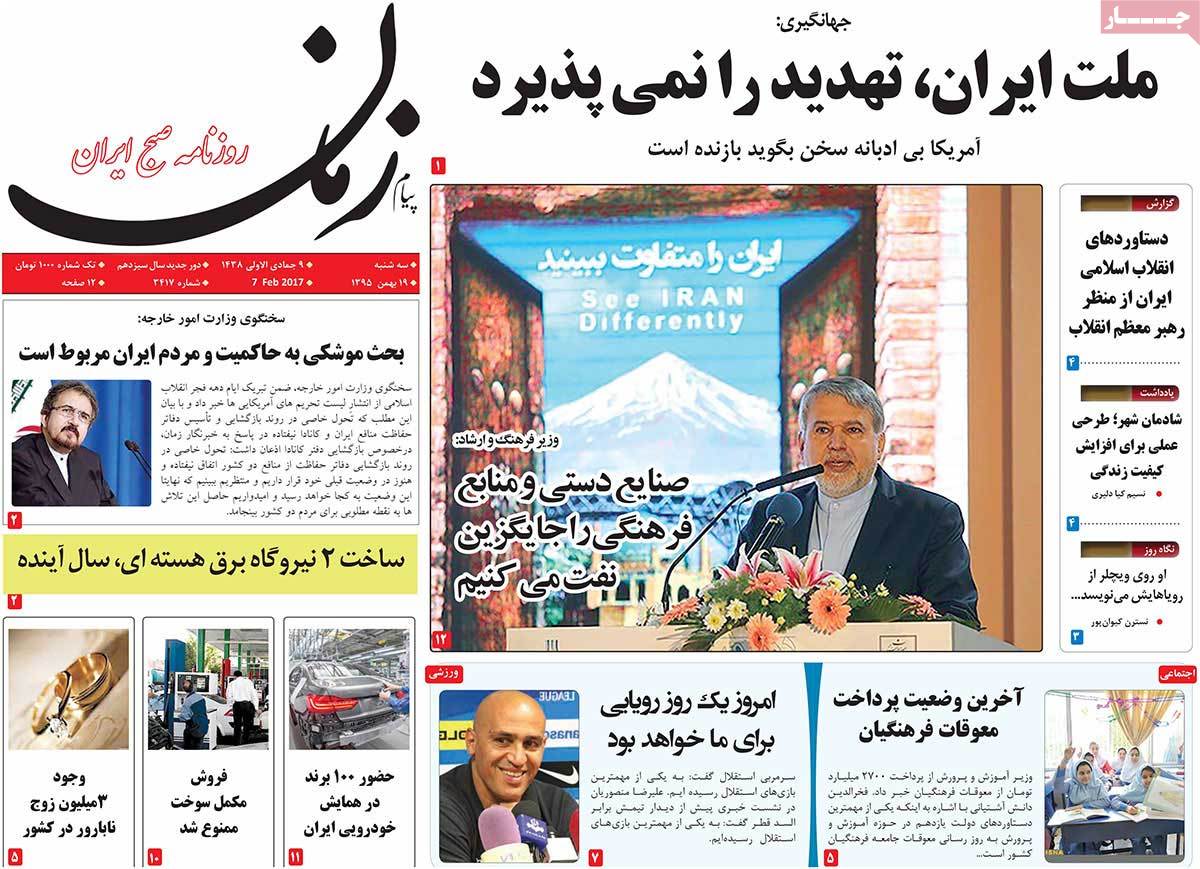 2- Politician: Iran’s Islamic Revolution Was a Riot against Western Principles 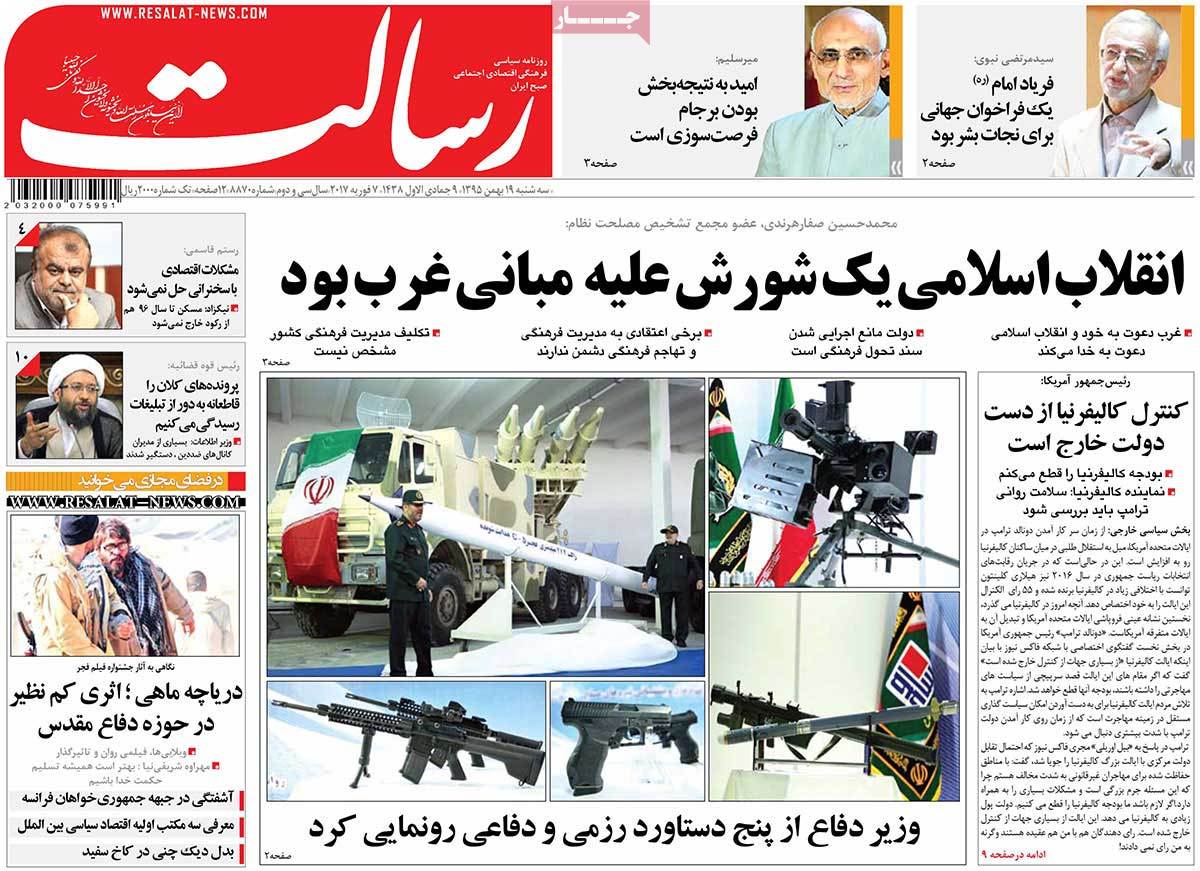 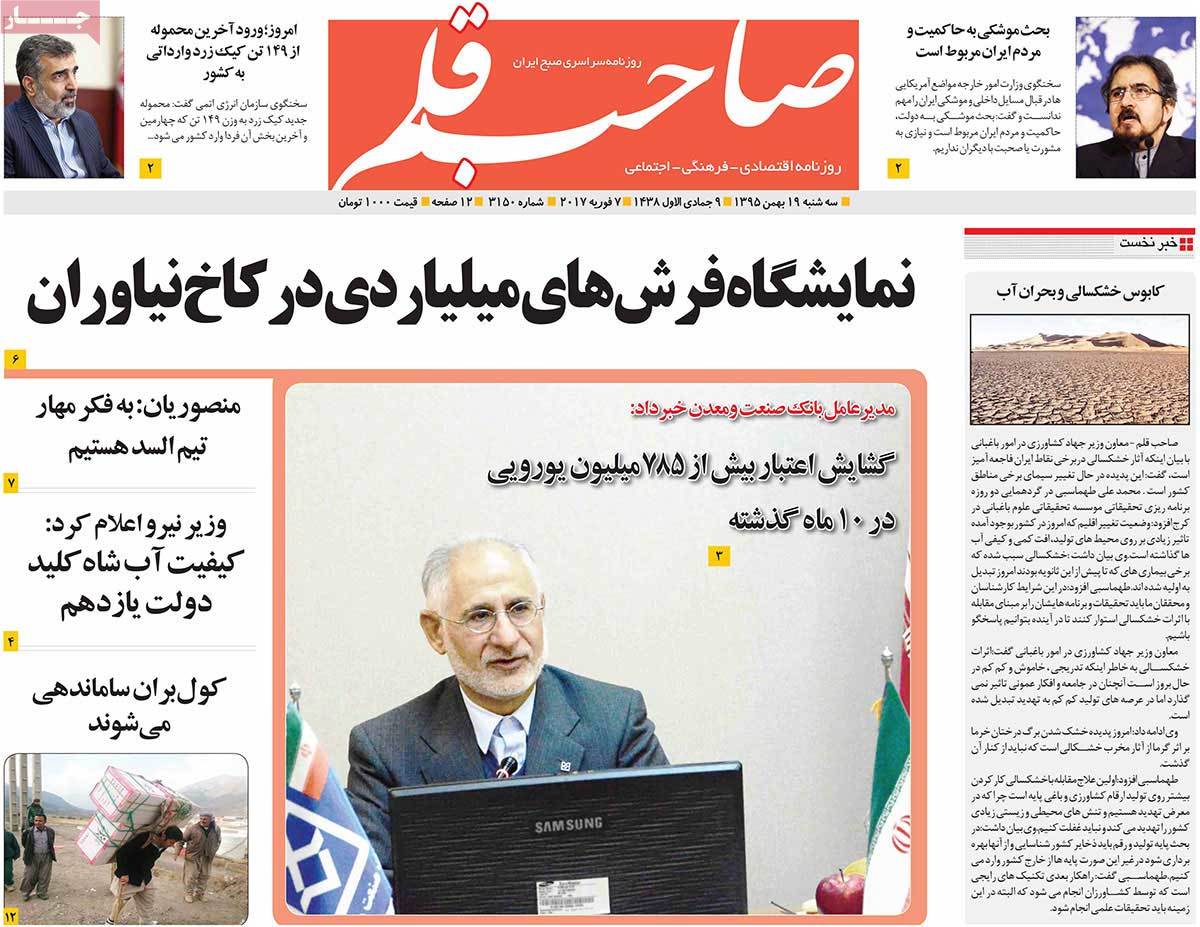 1- Danger of Populism in France Closer than Ever

2- War of Words from Distance: A Report on Tehran-Washington Ties 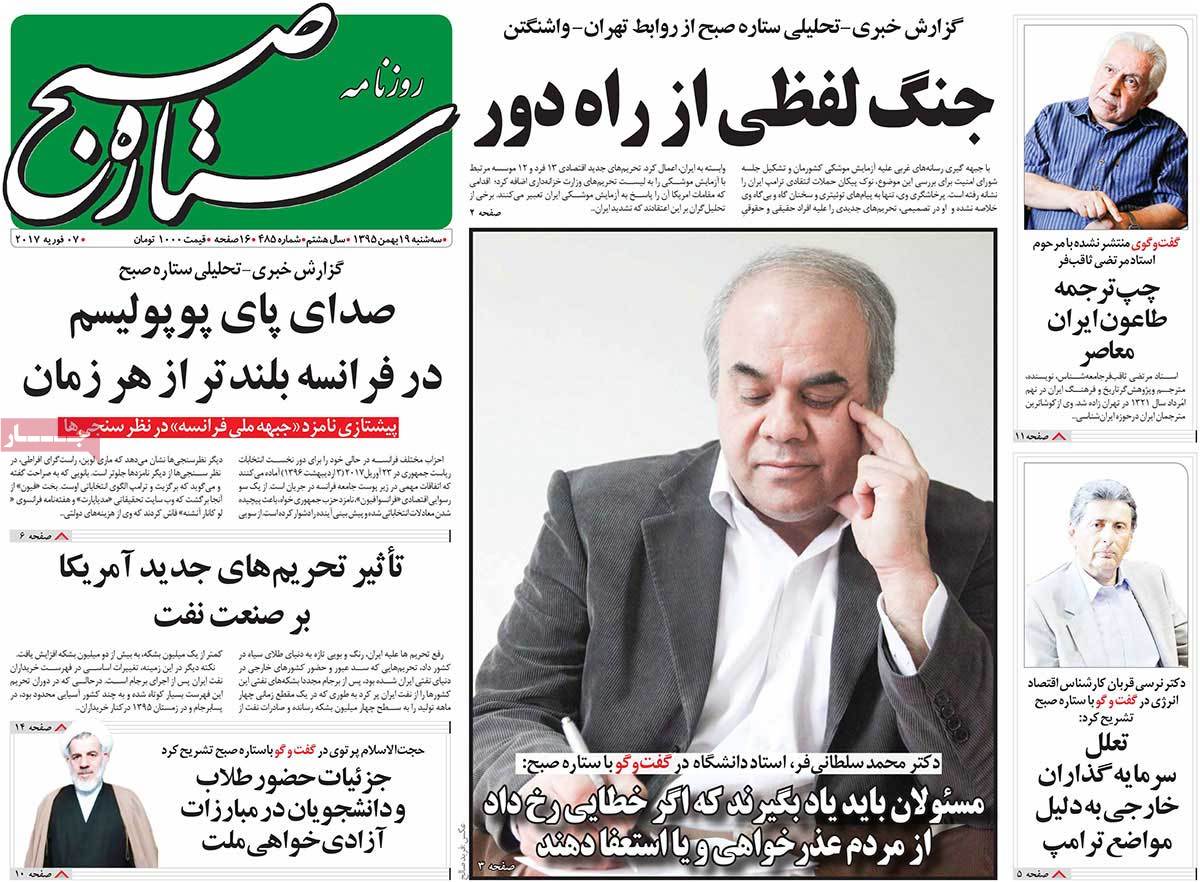 1- Former US Defence Dept. Official Outlines Four Ways to Get Rid of Trump: Waiting, Impeachment, Coup, Use of Pence’s Ambitions

2- Incident Reporters More Inclined to Depression: A Report on Plasco Incident in Terms of Psychological Health

1- For a Bunch of Dollar: Two Members of Trump’s Cabinet Have Received Money from MKO Terrorist Group 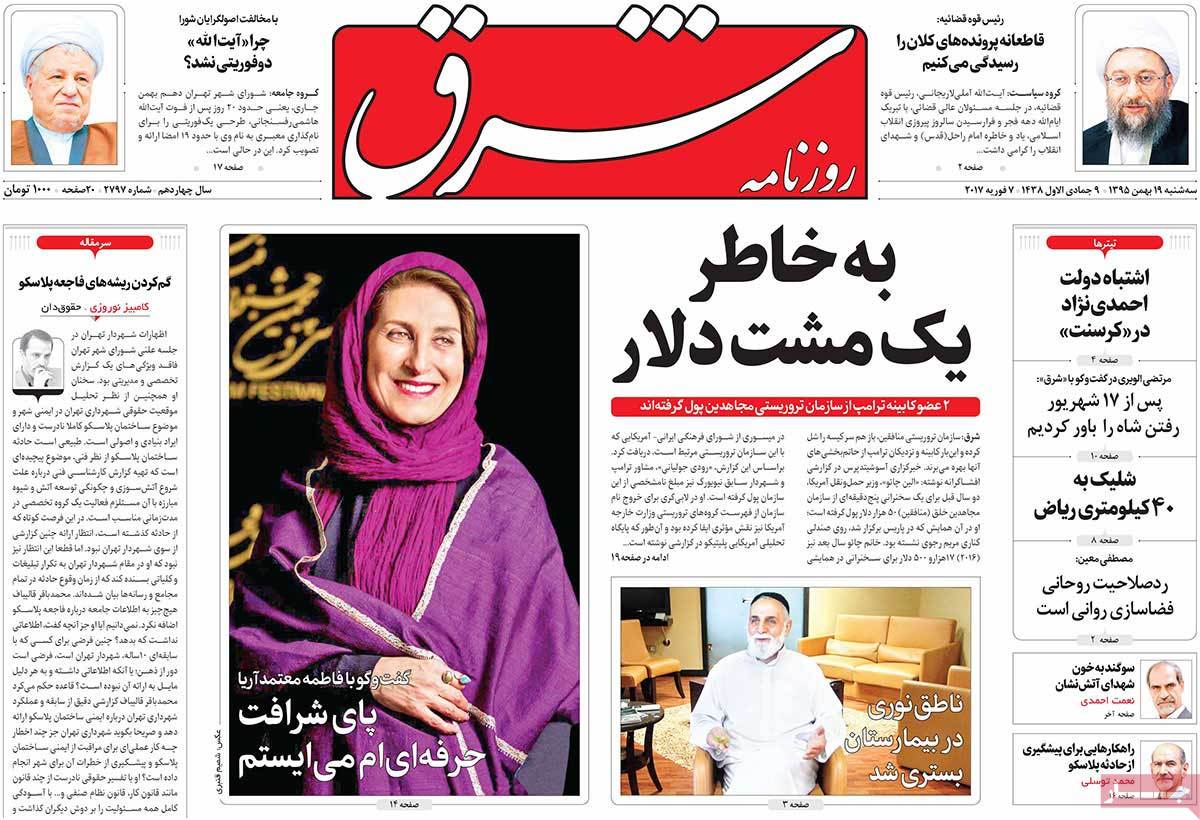 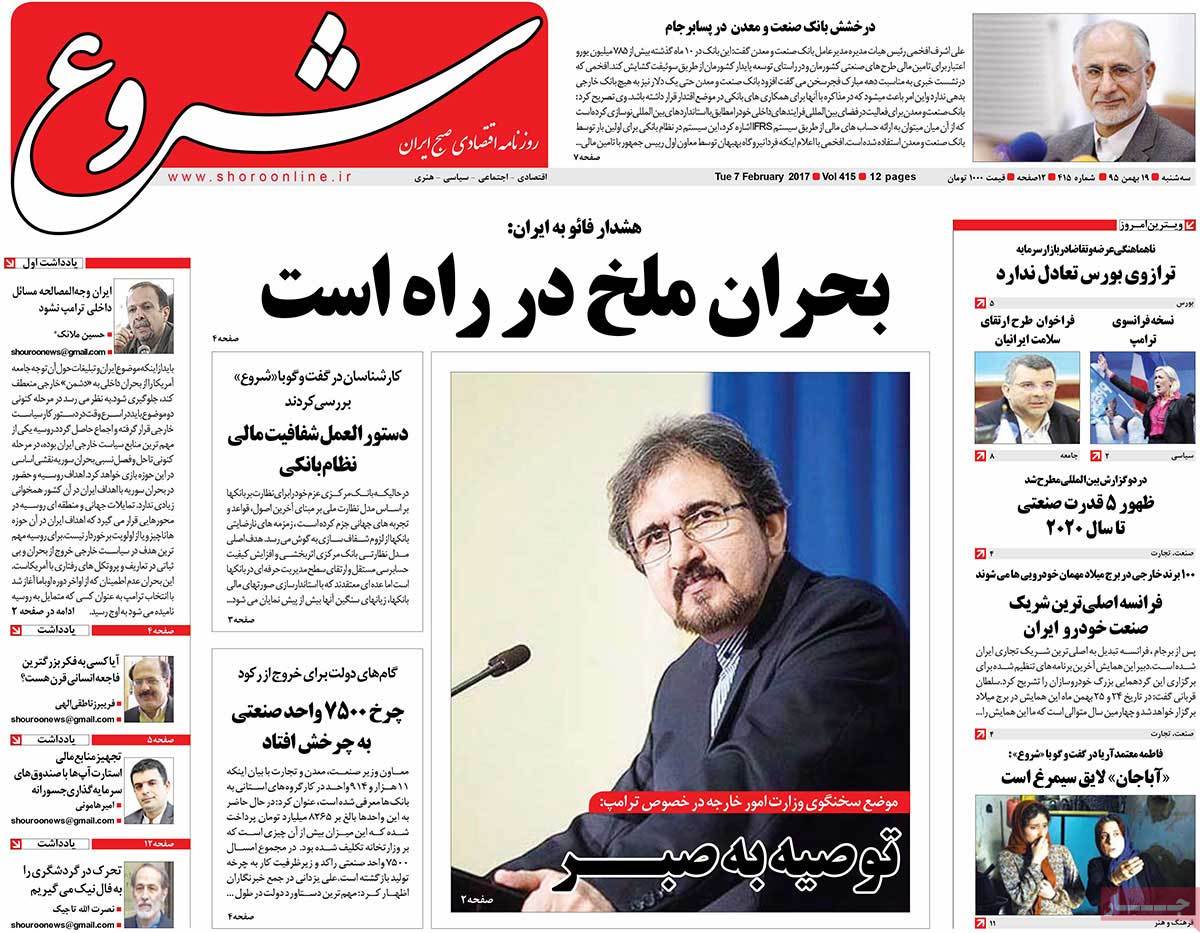 2- Fragile Arab-Hebrew Coalition against Iran: A Report on Efforts to Form New Front Led by US in Middle East 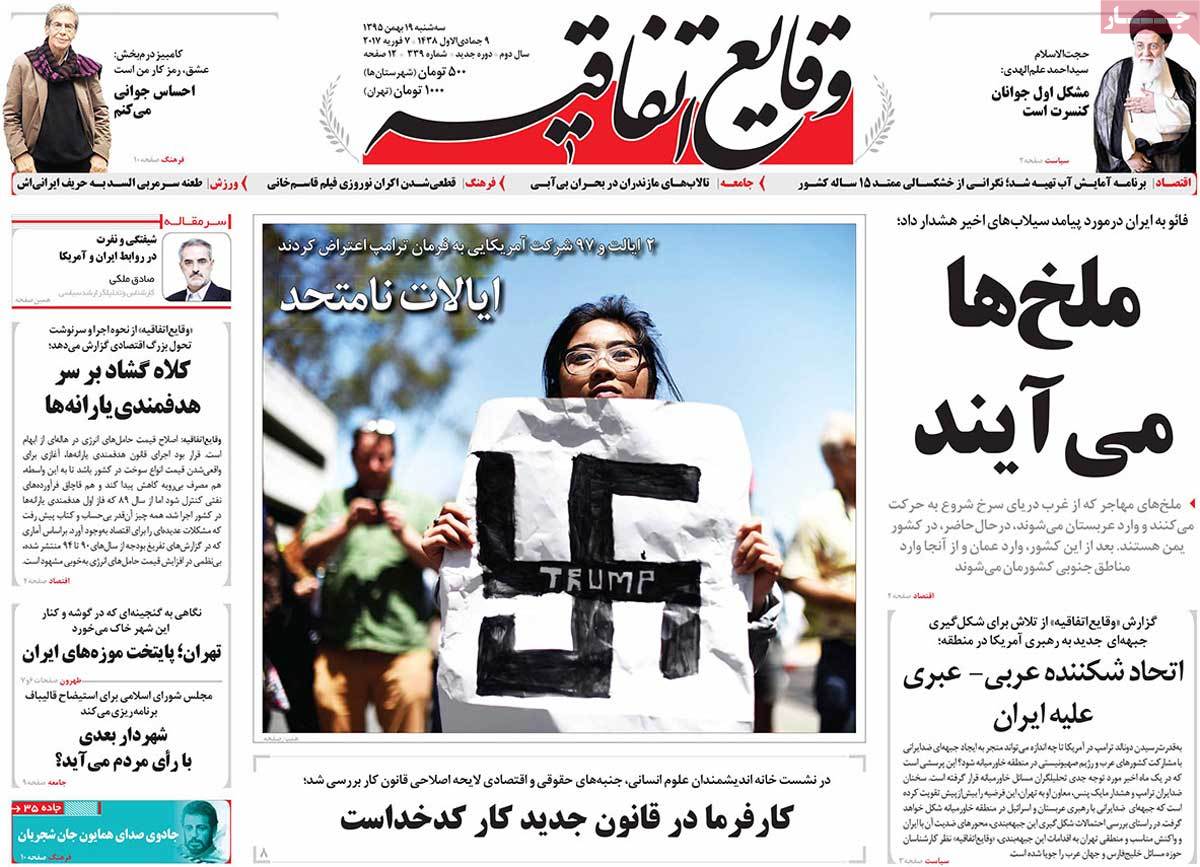