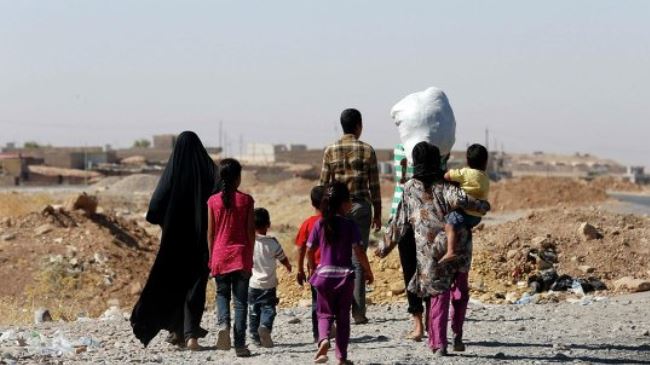 Press TV- An estimated 350,000 children are trapped in siege-like conditions and risk execution by the Daesh terrorist group in the western part of Mosul, an international non-governmental organization warns.

According to a report released by Save the Children on Monday, half of the 750,000 trapped civilians in west Mosul are children, who risk being killed by Daesh terrorists if they try to escape.

The London-based organization further urged Iraqi troops and the so-called US-led military coalition to take all necessary steps to minimize civilian casualties during the operation to liberate the western flank of Mosul, located some 400 kilometers north of the capital Baghdad.

“To a child it doesn’t matter where the bombs come from – it’s where they land that matters,” Save the Children’s Iraq Country Director, Maurizio Crivallero, said.

“The impact of explosive weapons in west Mosul is likely to be deadly and indiscriminate. We must ensure that every effort humanly possible is made to protect children and their families from harm,” he added.

Save the Children has described the situation in Mosul as “increasingly desperate,” noting that three quarters of a million civilians have no access to aid agencies and are running out of food, water and basic supplies.

Mahmoud, a medic living in a recaptured area of eastern Mosul, said his family in west Mosul did not have anything to eat or drink.

“No one is able to get the children anything, there’s no food or milk for babies – the markets are empty and the supplies they stockpiled have almost run out,” he said.

The Iraqi medic went on to say that there was a huge risk for families trying to flee.

“If Daesh see a family trying to escape, they kill them on the spot. I tried to get mine out and agreed with a smuggler to bring them here, but he opted out because he saw a family of nine killed in front of his eyes,” he said.

The report comes only a few days after the World Food Programme announced 50-percent cuts in monthly food rations distributed to 1.4 million Iraqis displaced in the wake of anti-Daesh military campaign.

The UN agency blamed delays in payments of funds from donor states for the measure.

Mosul, Iraq’s second largest city, fell into the hands of Daesh terrorists in the summer of 2014.