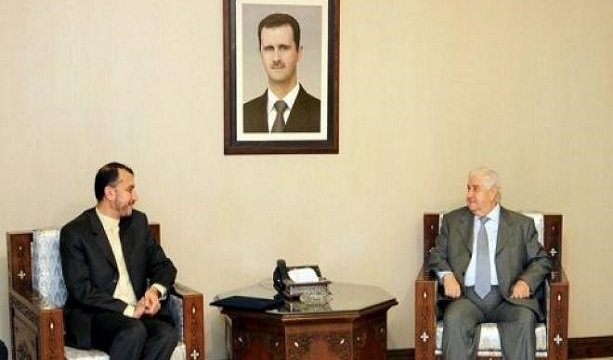 He made the remarks in a Friday meeting with Syrian Foreign Minister Walid Muallem.

Syrian Foreign Minister stressed on continuation of political negotiations with a realistic outlook toward the will and demands of syrians, saying that unfortunately some countries are still playing negative roles against Syria.

He pointed to victories against terrorists in Aleppo as the outcome of Syrians’ resistance and also Iran’s valuable support.

After participating in the lunch banquet by Syrian Deputy-Foreign Minister and former Permanent Envoy to the United Nations Faisal Mekdad, Amirabdollahian left Damascus for Tehran.

Astana meeting was planned to remove obstacles on the way of resuming Syrian peace talks in Geneva which had been stopped by sabotage of armed Syrian opposition groups.

Iranian delegation arrived in Astana Saturday morning to take part in the talks also attended by the representatives of Russia, Turkey, and the Syrian government, non-terrorist opposition groups and the United Nations.