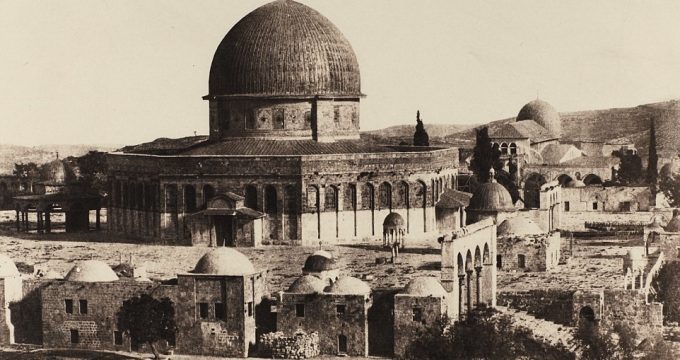 Palestinian cause under Trump’s administration

Alwaght– The American President Donald Trump has taken the power in the country while it has been 50 years since the Israeli regime occupied the Palestinian West Bank, and during this time 10 US presidents– four of them Democrats and Six of them Republicans– took the post.

What is interesting about their Palestine policy is that they did not differ much from each other, with all of them sharing pro-Israeli stances while holding office. With this in mind, will presidency of Donald Trump see a tactical or strategic change in the US policies in relation to the Palestinian cause?

To answer this question, three scenarios should be regarded for the future of the Palestinian cause.

First scenario is an ideal scenario for the Palestinians. This scenario is based on a series of suppositions, most important of them are as follows:

– Trump will be committed to his campaign-time interview pledge to play the role of a neutral mediator in the struggle between the Israelis and the Palestinians, and figure out the point that if the Israeli regime makes no concessions, there will be no achievable peace in the region.

– Coordination of the US-Russia policies in West Asia region: Knowing that the new US leader showed that he respects his Russian counterpart Vladimir Putin, a collaboration of the two presidents in pressing Tel Aviv can bear favorable results. Putting strains on the Israelis through the Quartet on the Middle East– a bloc including the UN, EU, US, and Russia, working to materialize peace between the Israelis and Palestinians– and the UN, and also through dialogue between Washington and Tel Aviv can help find a solution.

– The European countries that have been hit hard by new waves of immigration could convince the new US administration that without compromises in the Palestinian struggle, the region will not experience stability.

– Scaling down US foreign aids, including aids to the Israeli regime. This issue becomes important when we understand that Trump has put a special emphasis on prioritizing the domestic economic and financial boost instead of offering financial helps to the foreign governments and allies.

Second scenario is a realistic one. According to this scenario, Washington will continue its longstanding policy. Such a scenario is built on the following points:

– Highlighting an unwavering support for the Israeli regime, something confirmed by earlier remarks of Trump. For instance, Trump in March 2016, then a candidate for the presidential race, commented on the Israeli settlements, saying that the US should not be neutral and that Tel Aviv should move toward building more residential units in the West Bank. Additionally, Trump was an advocate of premiership of Benjamin Netanyahu of the Israeli regime, and of course he will keep on this track in the future.

– The US Congress, now dominated by the Republicans, plays a crucial role in designing the American foreign policy. The party’s stances indicate that no changes have happened to the party’s ideas on the Palestinian cause, so even if he has a will, the new president’s hands are closed for any strategic change of the US Palestinian policy.

The third scenario is ideal for Tel Aviv. It is based on the following suppositions:

– Trump moves for a strategic transformation of the Palestine-related policies by taking a set of measures. For example, relocation of the US embassy from Tel Aviv to Al-Quds (Jerusalem), an election campaign promise made by previous presidents but not fulfilled by any of them so far. Furthermore, Trump may kill the two-state solution that suggests a Palestinian state beside an Israeli one in the occupied Palestine, especially that Trump’s advisor David Friedman has said that establishment of a Palestinian state is by no means a certain issue.

– Reducing US aids to the Palestinian Authority, a step backed by the Congress.

– Taking advantage of Trump’s stance against the nuclear deal with Iran to counter Tehran-backed forces of Axis of Resistance, including the Palestinians, in the region and trying to deal them blows.

The reality is that the Palestinian cause no longer holds a place as a historic case, especially that Russia, as a key actor, does not pay much attention to it. So no strategic change is expected to happen to the US approach of the Palestinian case. This comes as Washington in practice showed it is reviewing focus on West Asia, and majorly heading to Southeast Asia. In such a situation, amid the chaotic conditions in the Arab world, the ground will be prepared for the Israeli regime to get toehold in the Arab states.

On the other side, despite Trump’s somehow paradoxical remarks heard from time to time, he proved that he is a practical man when it comes to the international policy and does not care much about such things as rights, justice, and equality. Even the composition of the new American leader’s advisors frustrates any optimism about alteration of US standing on the Palestinian cause.